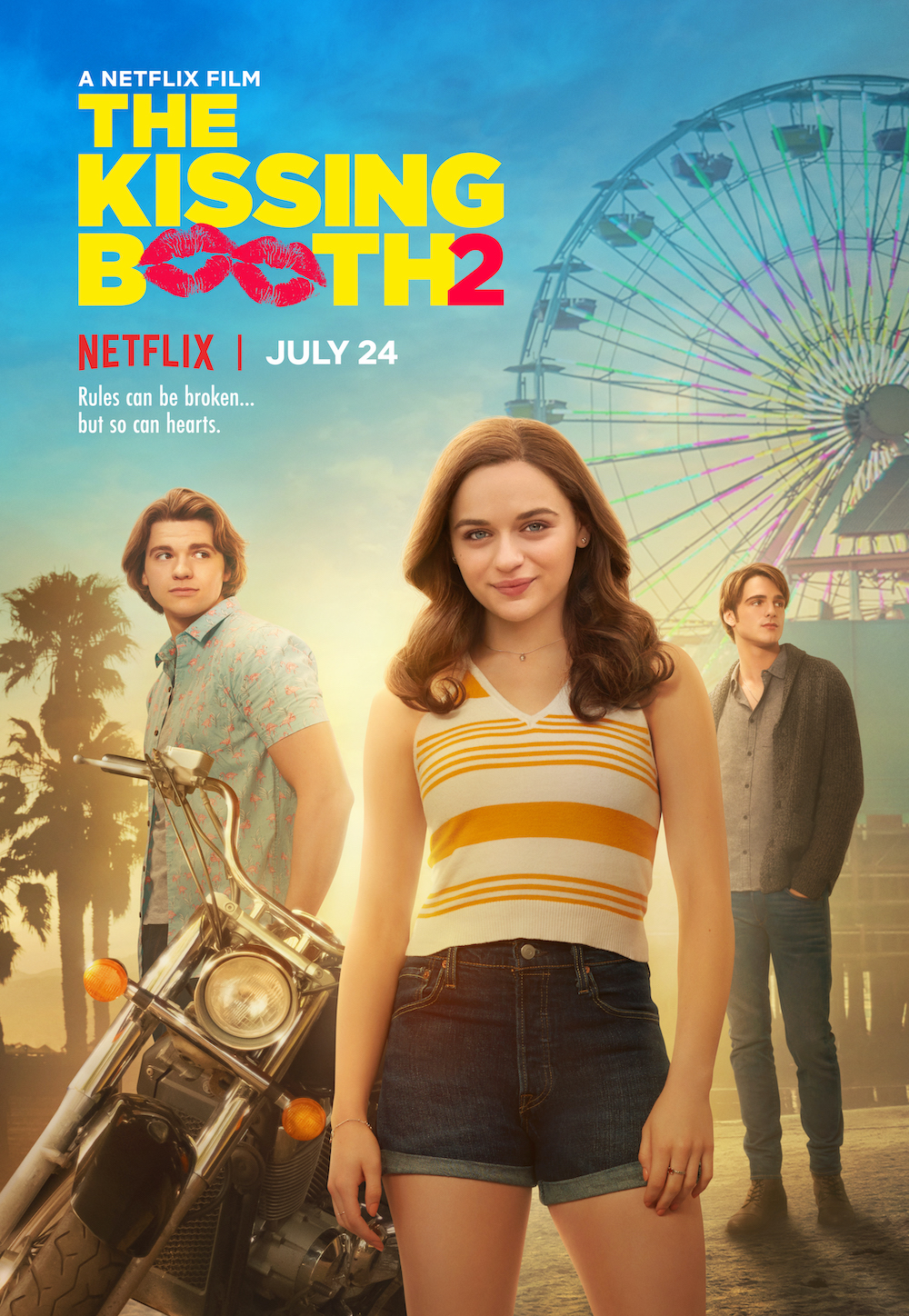 Basically: Senior year pulls Elle & co. into one big mess (but the movie might be messier).

Where do we even begin with The Kissing Booth 2? The first movie followed Elle (Joey King), Lee (Joel Courtney) and Noah (Jacob Elordi) as they figure out what love and friendship is all about, while she and her best friend put together a kissing booth for their high school. It was an average teen rom-com that wouldn’t have needed a sequel if it wasn’t such a big hit (and career launcher). It definitely didn’t need whatever story this is.

The Kissing Booth 2 takes us into Elle’s senior year as she prepares for college and tries long-distance dating with Noah. He’s at Harvard in Boston, while she’s planning to go to Berkeley in California. So, Elle has a choice to make: Trust Noah’s love and go to separate schools OR follow him to Boston to make sure they stay connected…but she has to get through senior year first. Which means training for a dance competition, applying for scholarships, writing college essays, and embarrassing herself in front of the entire school. Elle is also constantly third-wheeling her previously mentioned BFF Lee and his girlfriend Rachel (Meganne Young). Oh, and there’s this year’s kissing booth to set up (for real, they might as well have forgotten about it. It must be the worst-run one in cliché-history). The long distance is tough on Elle’s relationship, especially when Noah befriends a smoking hot British girl called Chloe (Maisie Richardson-Sellers). He doesn’t give Elle any reason to suspect anything is going on…at first…but the jealousy is strong. If that wasn’t enough, Elle has to deal with the new total dream boy at school, Marco (Taylor Zakhar Perez) who keeps showing up to flirt with her. Because…uhh…it’s totally okay for her to flirt, right?

There are so many storylines going on here (and probably about 27 others we forgot to mention) that it’s hard to keep up. The movie would’ve been better served to just focus on a handful of them and save it for the next movie (although, there probably shouldn’t be another one). Unfortunately this is one of the reasons you’ll find it hard to get pulled in or to care what’s happening. Another reason is that the decisions the characters make don’t make any sense:

1. Why don’t they talk to each other?

2. Why would Elle go on a rant about how hot a guy is for what feels like a week?

3. Is a group gathering a good idea when there’s drama between everyone?

4. If your S.O. doesn’t answer your texts for like an hour because they’re, y’know, IN CLASS, why would you call the school? Elle flip-flops between being insecure about her relationship and her own questionable flirting—the same types of things she calls Noah on. We can forgive her for being a little self-centered, it happens to the best of us, but some of her actions lack the kind of self-awareness any high schooler would have. Joey King is a fantastic actress and plays her role well but she deserves better writing. The cast are all believable and great but they cannot save this movie. None of the plotlines are engaging enough and are held loosely together by two hours of every cliché they could think of. TWO HOURS! It’s almost as long as an Avengers movie, y’all.

In the End: Just go listen to the soundtrack instead because that’s the best thing about this movie.

The Kissing Booth 2 is now on Netflix.