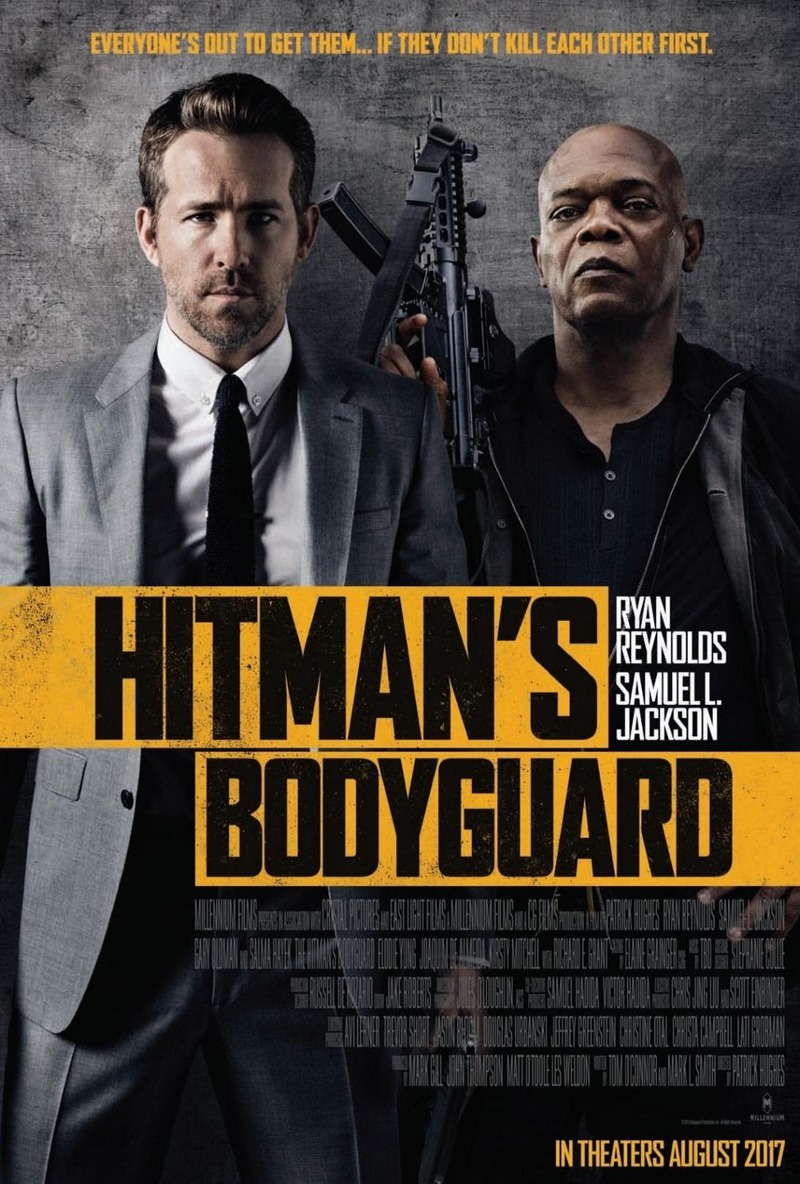 Basically: It’s like John Wick and Kingsman spent the night in Amsterdam and woke up hungover and all tangled-up with each other—and we like it!

Here comes a paradox. Don’t listen to the reviews. Instead, have a few of the innumerable pull quotes this movie inspired:

The Hitman’s Bodyguard is the best video game adaptation—without actual source material—ever made.

The Hitman’s Bodyguard is like John Wick…if it were a ridiculously gleeful buddy movie with nuns and love and megalomaniacs and junk mixed in.

The Hitman’s Bodyguard is R2D2 and C3PO as dudes who respectively protect and whack other dudes while on a road trip across Europe.

The Hitman’s Bodyguard is what would happen if your last Amsterdam high took place while fully immersed in a VR (virtual reality) shoot ‘em up.

“All of the above” is pretty much my take on the new Samuel L. Jackson and Ryan Reynolds starrer. This is a highly quotable film, which makes it good for party chatter because the one-liners do not stop. I’ve got to tell you, sitting in a movie theater surrounded by friends and colleagues who are doubled over in laughter is a good time. We were incredulous at the complete madness of this movie that supposes a fallen AAA-rated bodyguard (Reynolds) would be called in by his Interpol ex-girlfriend (Elodie Yung) to protect an unkillable assassin (Jackson) who’s trying to save his wife, the most kick-ass waitress on the planet (Salma Hayek), by testifying against a former megalomaniac ruler of Belarus (Gary Oldman) at a trail in the Hague. Oh, and there’s a ticking clock too. Oh oh, and there are two love stories that are so messed up they might be real.

Seriously, The Hitman’s Bodyguard is cartoony-gunplay-video-gamey-fun and that’s all it needs to be. And that’s all I have to say about that.

In the end: If you like Kingsman: The Secret Service, and the Bad Boys franchise, get ready to get trigger happy with The Hitman’s Bodyguard.