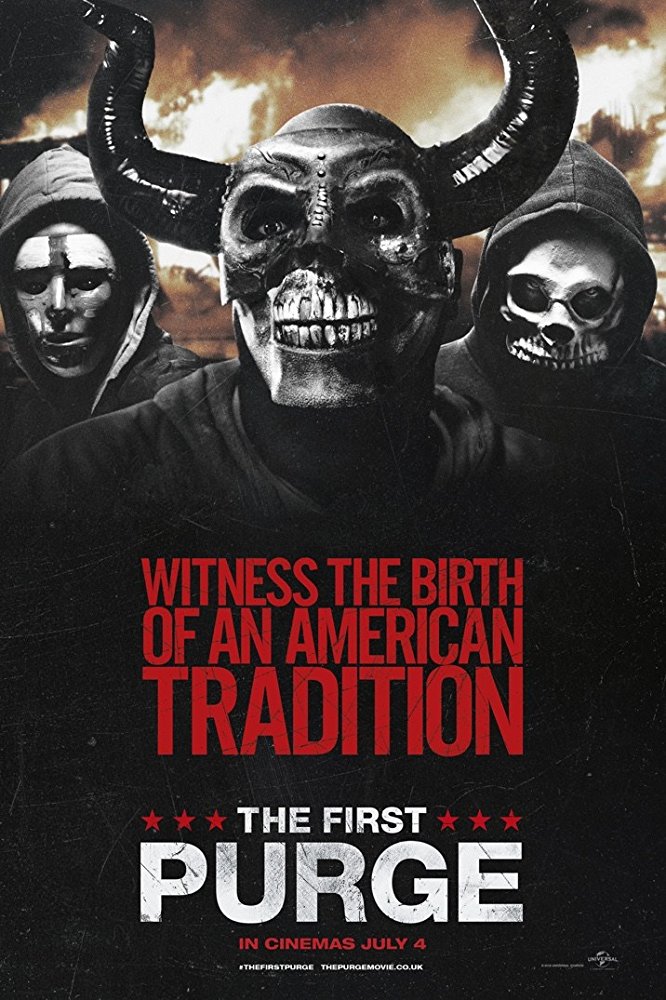 Basically: It says it in the title, it’s the first Purge.

One of the most surprising genre franchises of right now is The Purge. A franchise that started out as a new-style home invasion horror movie has completely shifted into political dystopia movies masquerading as action/horror. Here we have the fourth film in this franchise—The First Purge which, as you guessed, is about the first time there was a Purge. This movie even more than the last one, Election Year, focuses on the racial dynamics to the Purge and America. This movie is heavily influenced by many of the events that have happened since the last film came out in 2016. If Election Year was commenting on election politics this one is taken from all the marches and rise of hate groups along with things the current administration has been doing. 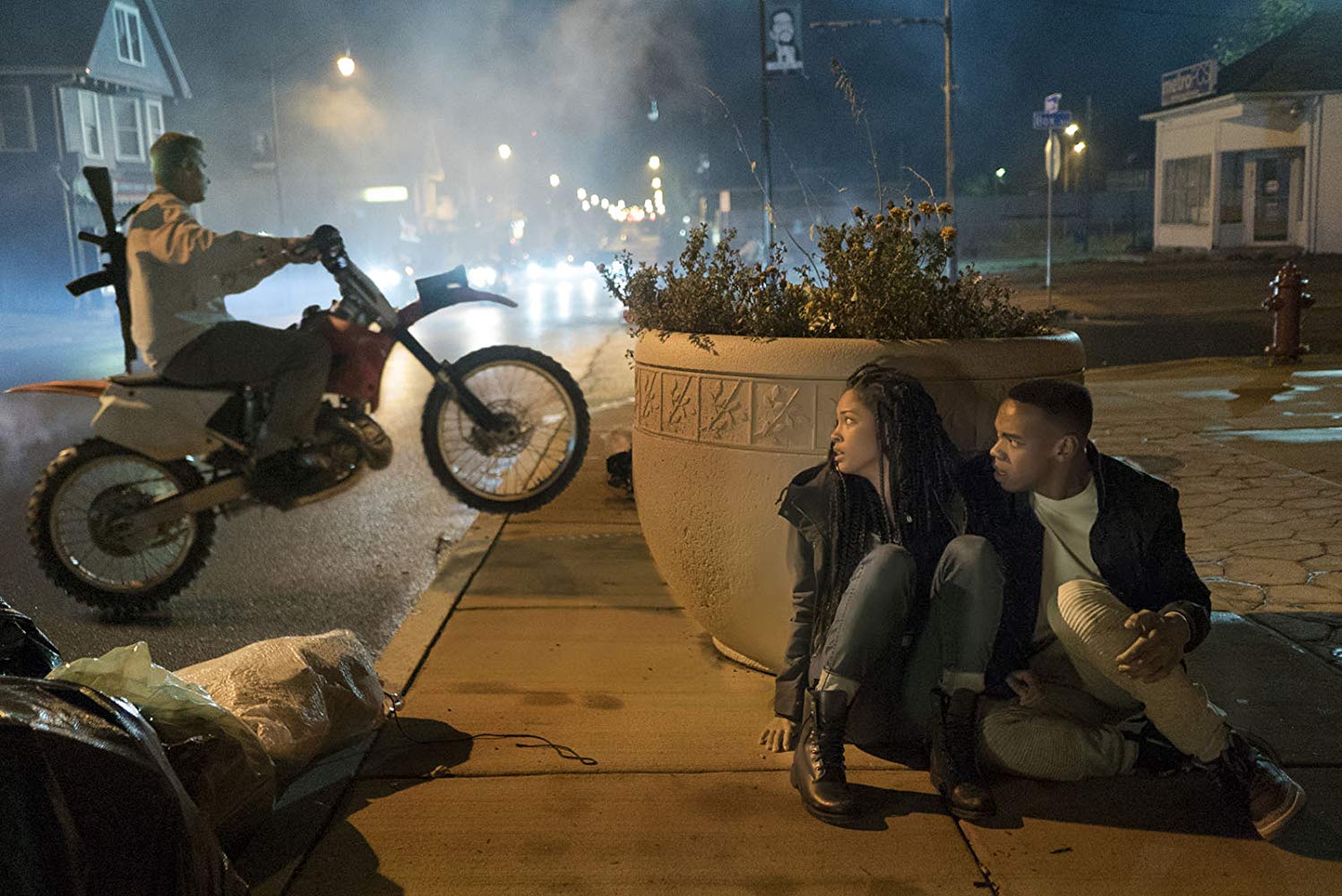 The setup is, shortly after The New Founding Fathers of America party comes into power in the United States they decide to do an experiment to lower the nation’s crime rate. With the help of Dr. May Updale (Marisa Tomei), the government decides to try a “Purge” in Staten Island, New York; specifically in the low-income communities centered around the housing projects. They get the residents to participle by offering them money to stay on the island and more if they actually engage in criminality during the 12 hours of the experiment.

Where The First Purge sings is in its handling of its premise—it’s clearly saying something satirical and speaking in a way that science fiction handles societal themes, but this Purge film adds to the recipe with techniques of Blaxploitation. This movie has characters and moments so over the top that, while laughable, also work within this heightened world to feel like something you’d see in Shaft or Superfly (old version) or even The Spook Who Sat by the Door. This First Purge is anchored in the historical precedent of the US experimenting on the poor black community and at times the movie tries super hard at making those connections. At times it’s really, really funny at how they have characters react to whatever crazy situation they’re in. Subtlety is an enemy of this movie; if subtlety were a person this movie would run from it. This might be a reason some people won’t like it, along with the amount of gratuitous violence—there is a ton of it here but it should be expected for a Purge movie. But for those who might be checking this out on a whim and haven’t seen the others,  prepare yourself for all the types of violence on the screen. 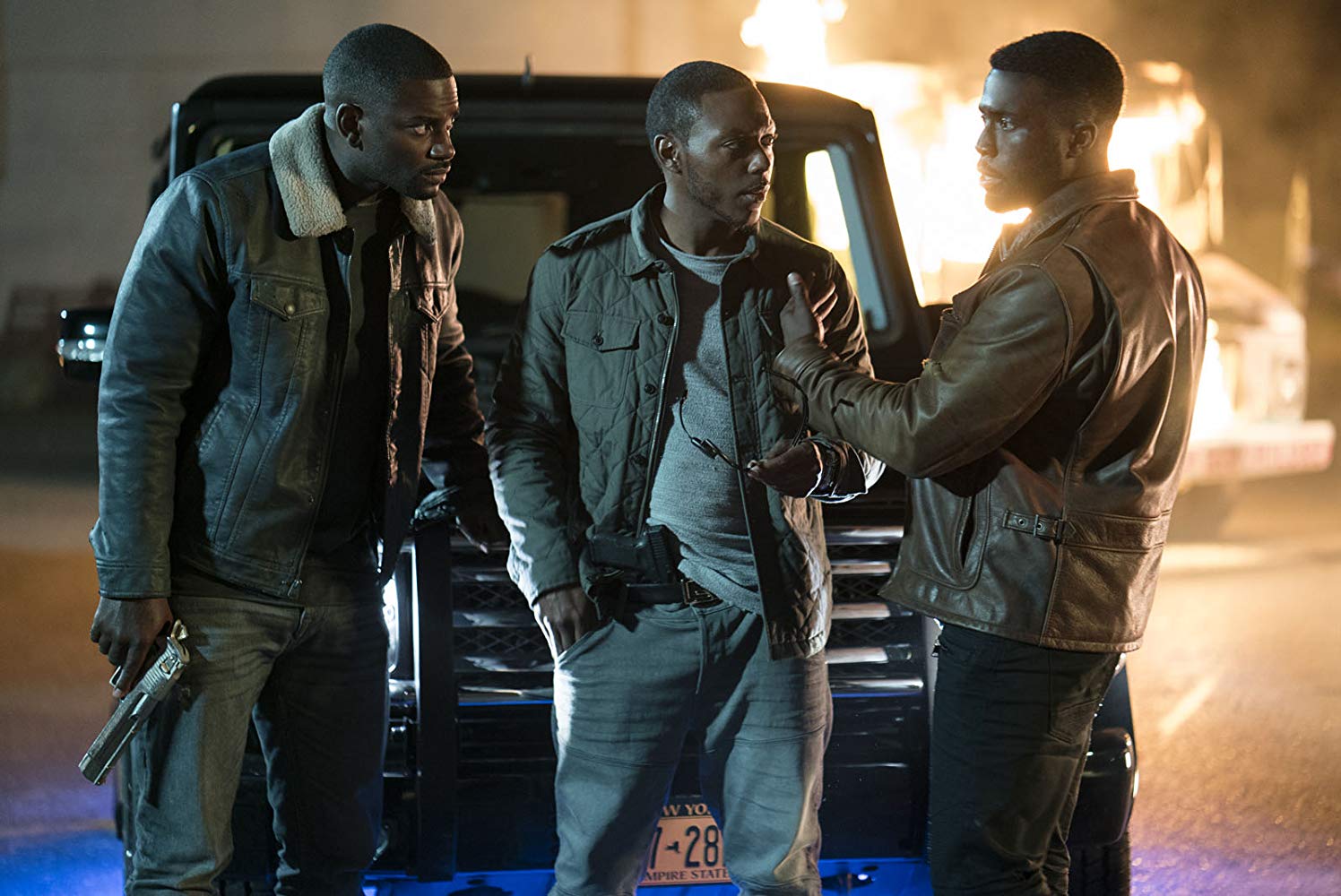 The First Purge is a pretty inspired release for the July 4th holiday but it just might work as good counter-programming for those who aren’t into another Marvel movie or don’t care to see another Jurassic Park movie. This Purge might be the most conspiracy theorist friend movie ever but it’s also such a cathartically energetic and entertaining movie it might be the best of the whole franchise. The First Purge is so strong that the post-credit sequence is a commercial for its new USA TV show.

In the End: Enjoy this low key black person vs the system movie with its video game logic and a political heart between hamburgers and fireworks. Just make sure The Purge isn’t happening in real life anytime soon.