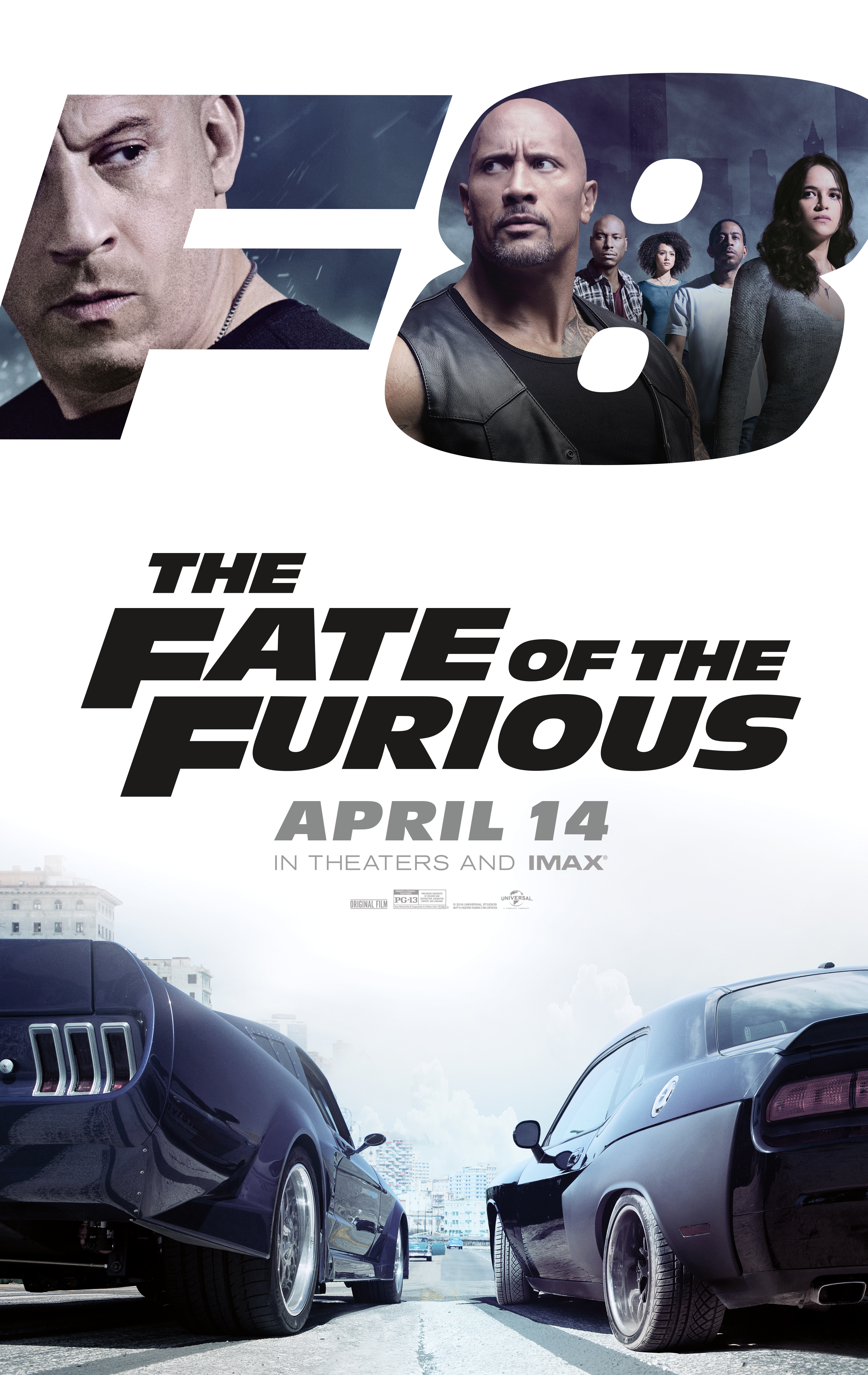 The Fate of the Furious

Basically: The Fast and Furious franchise invented the “thrill ride”  – It’s ‘The Fate of Furious’ to be a global smash.

Eight chapters into the Fast and Furious franchise and the first question isn’t whether or not the latest movie is good. You’ve already made your decision—probably long before Fast Five. At this point it’s not about how many stars or tomatoes we throw at this thing. What matters most is one question:

If you are,  then you count yourself as a member of the inner circle of thieves, agents, hackers, and NOS addicts known as the Toretto Family. And that means you’re ready for more.

The Fate of the Furious opens with Dom (Vin Diesel) and Letty (Michelle Rodriguez) doing their thing in Havana, Cuba. Their thing is defined as instigating outrageous street races and taking people’s cars. For them, it’s the perfect honeymoon. It’s all very…foreboding. Especially when they discuss growing their family while cuddling; after that bit of loveliness you’d expect the apocalypse and you’d be right.

Sidebar: Absolutely everything that could explode does. If there’s a kid with pop rocks and a Coca-cola on screen you can expect his head to go boom too. It’s highly enjoyable.

Back to Dom and Letty, their happiness can’t possibly last, not when Dom runs into a provocative femme fatale, whose car has broken down the side of the road. Her name is Cipher (Charlize Theron). She and Dom talk. They part. Then while on a classified government mission with his team, including Hobbs (Dwayne Johnson), Roman (Tyrese Gibson, Tej (Ludacris), and Ramsey (Nathalie Emmanuel), Dom goes rouge.

Just like the family they are, the team joins up with franchise favorites Deckard (Jason Statham) and Mr. Nobody (Kurt Russell), to find their boy and bring him home. In order to do that there are a few question they have to answer: Why did Dom turn on them? What does Cipher want? Why does she need Dom to do it?

The answers don’t matter. I mean, they do, but they don’t, because things go absolutely freakin’ bonkers. And it’s amazing.

There’s a giant wrecking ball in Berlin that lives up to its name. It rains cars in New York. Somewhere in Russia we get torpedoes and a submarine. One of the standout moments is an all-out melee in a German prison in which Deckard and Hobbs demolish prison guards and prisoners, like it’s a giant video game and they’ve got unlimited achievement unlocked. A bunch of tween girls do a Samoan haka with such fury that you might accidentally press the panic button on your phone, but then you’d miss the rest of the movie and you don’t want to do that. And, so we’re clear, there are no spoilers here. That’s just the stuff you’ve seen in the trailers. What you haven’t seen are the guest appearances (try not to shout and make it snow popcorn like we did).

If you’re in, and at this point there’s no doubt you are, this movie will give you the same happiness you got from your favorite of the franchise. The humor, the adrenalin rush, the camaraderie, they’re all supplied at high levels. There’s plenty of sexy no matter what your preference—for me there’s a cavalcade of big brawny badass bald bastards who kick so much ass and talk so much trash I needed a nap afterward. Then there are the pseudo-physics of the Fast and Furious universe, containing just enough science to make you believe the stunts and just enough crazy to keep you enthralled.

New to the series director, F. Gary Gray also brings several nice flourishes into play with The Fate of the Furious. Gray sho0ts with a realism that juxtaposes nicely with the fantastical world he’s playing in. For the first time we’re allowed to see that these characters have lived hard, we see their scars, and it endears them to us.

Where the series continues to thrills most is in its understanding of its core theme: It’s all about family—the ones you’re born into, the ones you choose, and the ones you make. The actors and filmmakers have created a multi-culti family that we can all recognize ourselves in, a bond of loyalty we can feel. Each time we go to the theater to see the latest Fast and Furious film we’re not just watching the adventure, we’re right there with the Toretto Family living it

Where the series continues to thrill is in its understanding of its core theme: It’s all about family—the ones you’re born into, the ones you choose, and the ones you make. The actors and filmmakers have created a multi-culti kinship that we can all connect with, a bond of loyalty we can feel. Each time we go to the theater to see the latest Fast and Furious film we’re not just watching the adventure, we’re right there with the Toretto Family living it.

If you’re still wondering if it’s good: Are you in? If you are then you already know, this is one family that will never let you down.

In the end: Fri April 14 is a national holiday, spend it with your ‘Fast and Furious’ family.