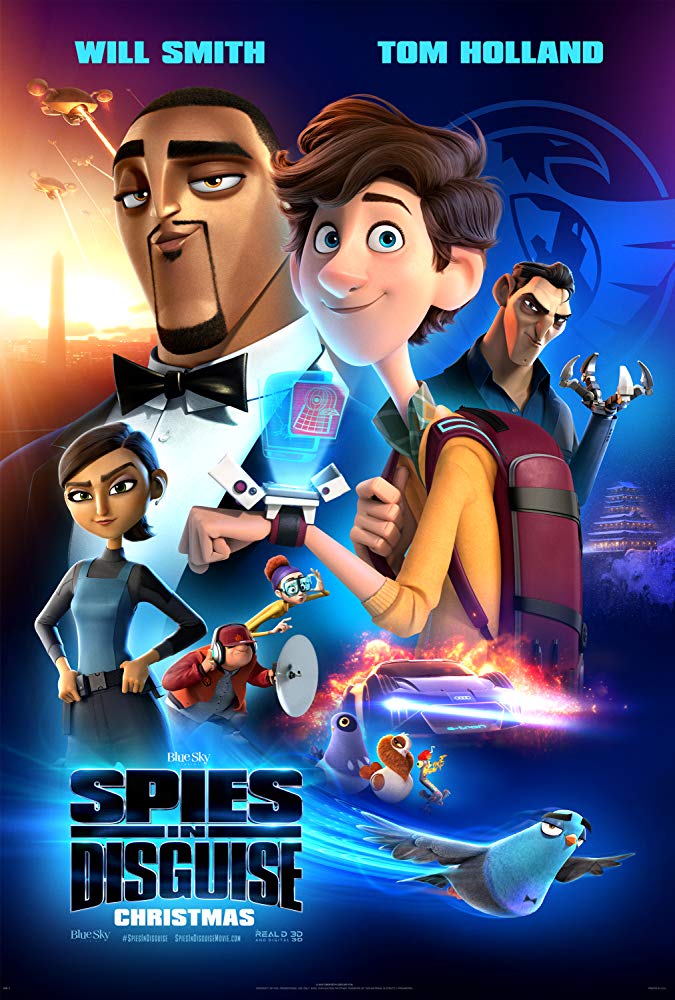 Basically: A super spy teams up with a gadget maker to find a better way to save the world.

So, I was a little annoyed by the premise of Spies in Disguise…we get a black super spy AND it is Will Smith BUT the film turns him into the most annoying bird on the planet (more on that later). But let me tell you how good this movie was—it made me laugh out loud in more than one place and, more than that, it made me think.

Lance Sterling (Smith) is everything a super spy should be. But when he fails to bring home the attack drone he’s been sent to fetch, things go from bad to worse and he’s accused of keeping the drone for himself. He begrudgingly turns to a gadget maker named Walter Beckett (Tom Holland) for help and ends up turned into a pigeon. This has its merits (being able to slip the clutches of Internal Affairs chief is among them) but…he is still a PIGEON!

While Walter works on a cure, Sterling is determined not to let his new feathered body get in the way of clearing his name and saving the world. Along the way, Sterling learns a little about himself and a lot about the callous disregard for life his job had instilled in him.

Spies in Disguise caught me off guard. It is cute, it is funny and, while YES I would love to just have Will Smith play a regular super spy, he is great as a bird too. Even more, this movie got to me with its subtle questioning of the violence we show to our children every day. I felt suddenly and justifiably protective of a movie that is not only well made and written but has a message that is deeper than the typical “Disney film”. I loved it. I urge you to take the kids in your life to go see it.

In the End: I think Spies in Disguise is a perfect Christmas Day movie. It has everything you could want and a little bit more.