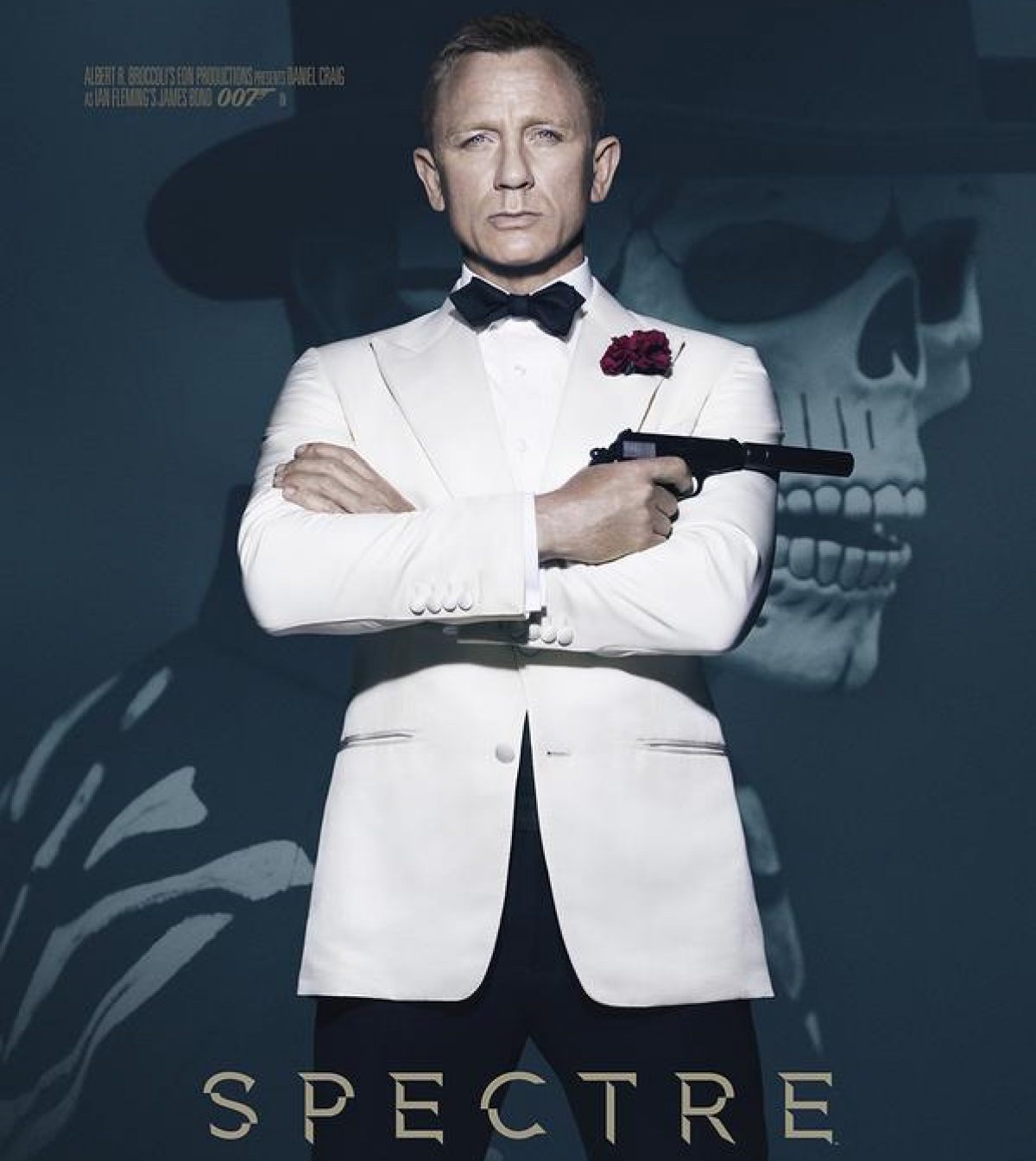 Basically: In order to save the world from an evil organization, Bond is given a mission from beyond the grave, because apparently even when your boss dies they won’t let you leave work early.

What’s new to say about James Bond? There are beautiful women, guns, nice cars, huge stunts, and one-liners as smooth as the martinis served (shaken, not stirred). And yet, we still go and watch every new release. Why? Because as predictable as they are, it’s also a safe bet we’re going to have an enjoyable two and a half hours, every time. Daniel Craig is one of our favorite Bonds to date, despite his incredible betrayal of drinking beer (Beer!!!) over martinis at one point. And we still love just how British the entire film is: there are plenty of quintessentially British nuances, references, and more stinging shots from M’s (Ralph Fiennes) dialogue than any of the bullets actually fired. Oh and did we mention the guns and cars?

For those of you who don’t follow the franchise closely, they’re bringing back older storylines and villains, so there are no real spoilers here—with this one they’re reintroducing Spectre, a criminal organization of the most evil proportions. We thought this organization’s credibility was ruined by Austin Powers, but Spectre managed to reel its authority back in, mostly due to Christoph Waltz, who plays Franz Oberhauser (can the man do any wrong?). His ability to go from the cheerful, charming gentleman to a blood-chilling psychopath in the blink of an eye, without ever raising his hand in violence, is the most frightening part of the film.

The world-threatening plot revolves around the increase in computer surveillance replacing the need for humanity. This is seemingly led by C (Andrew Scott), who admittedly we wanted more of from after watching him in BBC’s Sherlock (but we’ll blame that on the writing, not Scott himself). With the outdated system of good old-fashioned espionage in turmoil, it’s up to Bond to face his demons and save the day, with the help of the ever loyal, and utterly endearing Q (Ben Whishaw) and Moneypenny (Naomie Harris)—we’re glad we got to see more of them in action. But just how do you fight against the person who knows everything about you and can anticipate your every move? It’s the eternal question of humans vs. computers; proving once again just how on point the franchise is with topical commentary. But while advances in technology may make the CGI better and the stunts more impressive, one thing remains: James Bond just wouldn’t be James Bond without, well… James Bond.

In the end: A blockbuster as big as this deserves to be seen on the big screen. Go watch it, enjoy, and please, please don’t put on a fake British accent afterwards.