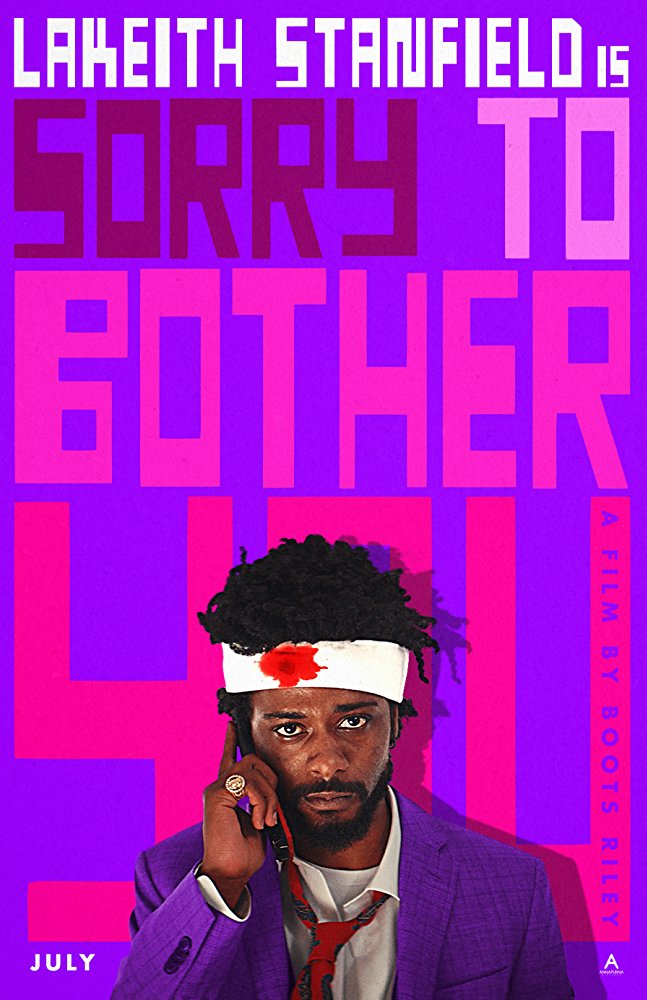 Sorry to Bother You

Giving Sorry to Bother You a rating feels as futile as trying to rank your most fantastical dreams in the order of which ones made you think the most. I had to sit with my thoughts for awhile after seeing this film. Partly because writer/director Boots Riley has created something important. We haven’t had much absurdist satire recently. As for the even more rare surrealist-absurdist-satire? Well there’s Okja.

Riley is a sniper when it comes to exposing the intersections of American pop-culture, societal dysfunction, and racism; all with an acerbic humor that bites. If you don’t leave the theater bruised by the themes behind Sorry To Bother You then turn around and go back because you didn’t do it right. This movie is meant to leave a mark, to scare you a little bit, and to make you just a little sick to your stomach because you’re laughing at things that could very easily come to pass—kind of like how Idiocracy now seems like a movie written and directed by Nostradamus. 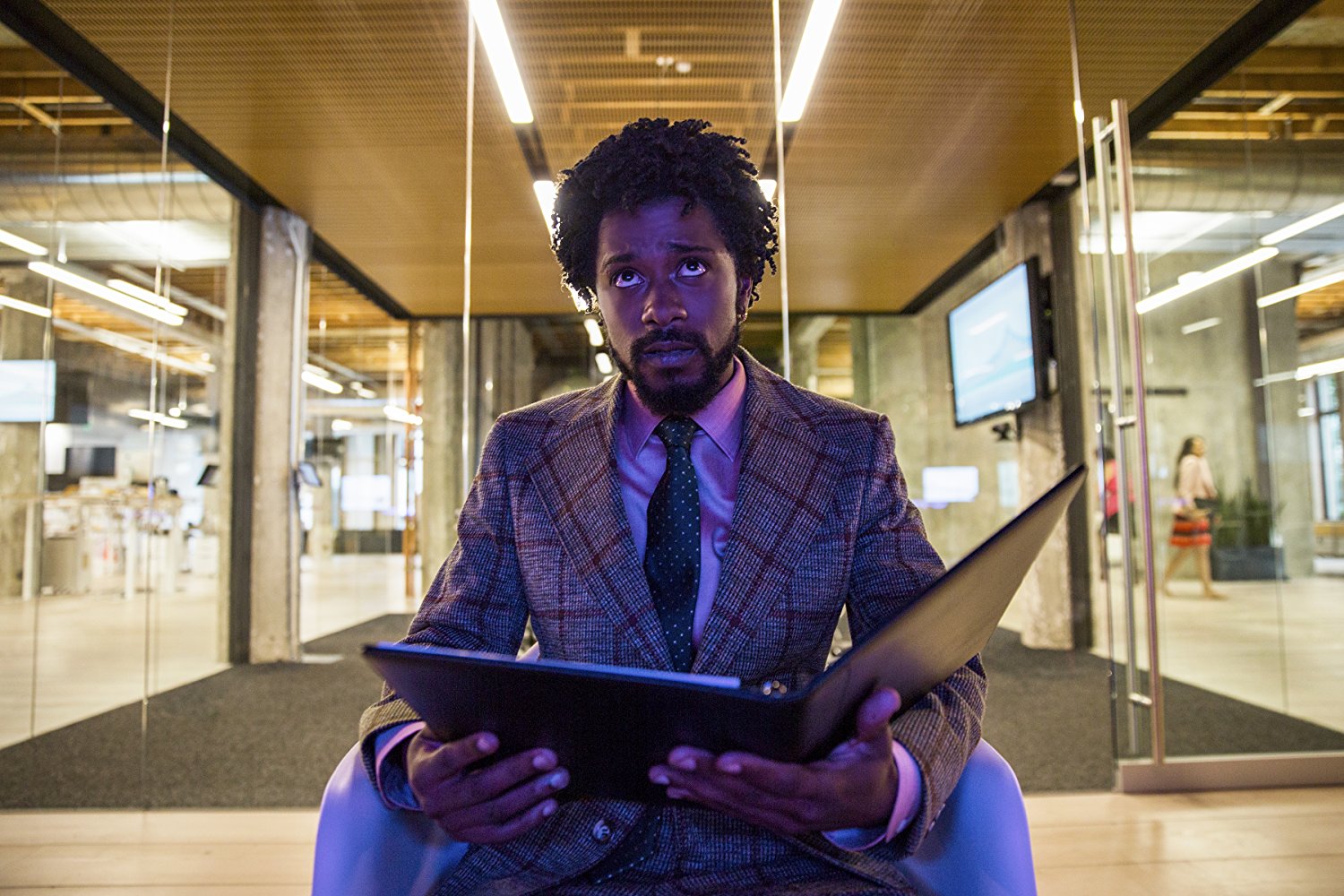 Lakeith Stanfield plays Cassius Green [read: Cash Is Green] who fails at life but not at love. He doesn’t have a job and his home in his uncle’s garage is about to be sold, but his girlfriend Detroit (Tessa Thompson) is a dope modern artist with earrings that read like rotating billboards for social justice. Cash is desperate when he ends up working for the telecommunications firm Royal View. So much so, that when his veteran co-worker Langston (Danny Glover) tells him he needs to use his white voice to succeed, well, Cash goes full on David Cross. That’s not a colloquialism, when Cash code switches he’s voiced by David Cross. And it works. He quickly becomes a starplayer, well on his way to “power caller” status and the golden elevator that will literally take him to the top. Meanwhile his co-worker Squeeze (Steven Yeun) organizes a strike to demand a living wage for the company drones at the bottom. The central question is whether Cash will become a scab by crossing the picket line and if he does how much will he bleed to pay for it?

To say the cast is stellar almost feels redundant. These actors consistently work at boss level. So let’s dig deeper into why this film is so important. STBY is a throwback to the stylings of films like Watermelon Man, Putney Swope, and the animation Coonskin. It is wild, man. Riley goes hard in lancing classism and the way racial-clature (yes, I wordsmithed that) plays into entertainment and social media: In the Sorry To Bother You world, the hottest show on television is I Got The Shit Kicked Out of Me. It has 150 million viewers and, yes, the title speaks for itself; there’s also a scene where Cash and his rival, Salvador (Jermaine Fowler), battle to give the other guy the most sarcastic compliment possible. Yeah, it’s hilarious. These touches make the absurdity deeply engaging—especially when Riley contrasts labor with slavery, and the freedom to be authentically POC with assimilation. Yup, it’s deep.

Which brings me back to why I had to sit with my thoughts for a bit. Surrealism takes over in the third act with the introduction of Mr. _______ (Omari Hardwick). For me, he’s the personification of the Rene Magritte paintings Man in the Bowler Hat (1964) and The Son of Man (1946). Mr. _______ is perpetually carrying an apple and wearing a bowler, however he also wears an eyepatch which might suggest the bird from the first painting plucked his eye out. I took this as symbolism: For the Black Man in the Bowler Hat there’s a cost to doing business—a physical price to pay. But Mr. Riley informs me there’s much more to it. See what I’m saying? This shit is deep. And it’s no coincidence Magritte was a surrealist painter, Riley heralds a switch in the tone with this character—and you realize the story may not be what you took it for at face value. ’Cause it’s not. Armie Hammer shows up as Steve Lift, the CEO of Royal View’s biggest client, a mysterious maker of we-don’t-know-what called WorryFree. Corporate corruption oozes out of Lift and we are left with an unsettling need to know just what it is these bastards are selling.

The moment you lean all the way into the screen, STBY jumps the shark. Nope, not the shark. It jumps the leviathan. No, not anything that massive. Um…the kraken. That’s it, Sorry To Bother You jumps the kraken…and you’re not sure where you are or what is happening…unless you’re a filmophile. If you are a student of cinema then you already know the filmic vocabulary established by surrealist-satire filmmakers like Melvin Van Peebles, Robert Downey Sr., Ralph Bakshi, Bong Joon-ho, Jean-Pierre Jeunet, and sometimes Spike Lee. If you’re not a student of cinema then you’ll wonder WHERE IN THE FRICK YOU ARE and WHAT THE HELL IS HAPPENING. And that’s a good thing for those of us who like to think about symbolism, the entropy of social order, or the transformative nature of transgression; but for those of us who merely want to throw popcorn in the vicinity of our gobs and giggle at quotes from The Last Dragon…well, you gon’ be shook. And that is also a very good thing.

Like I told you before, this shit is deep. Thanks, Boots!

In the end: See the final line of this review—that says it all. 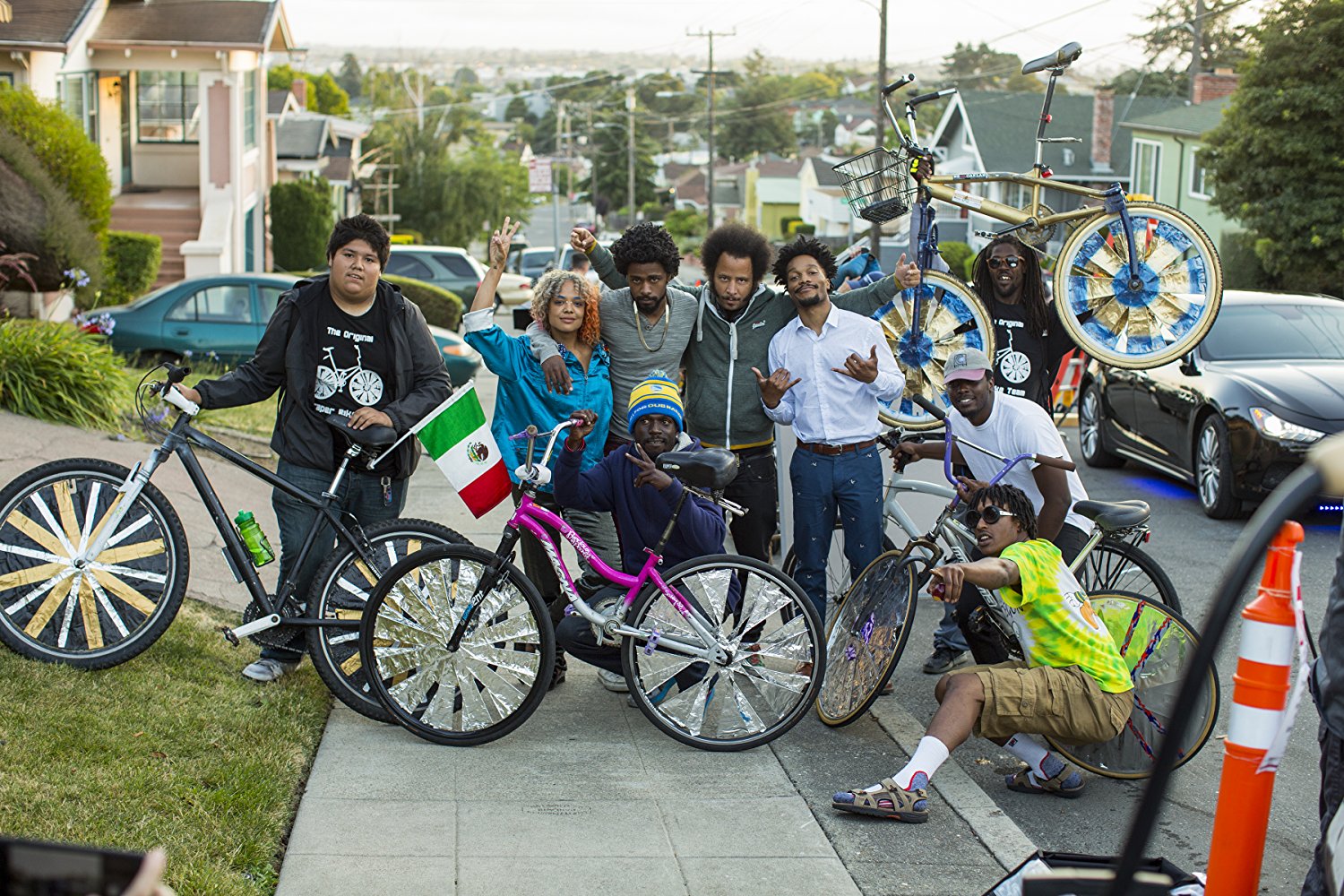