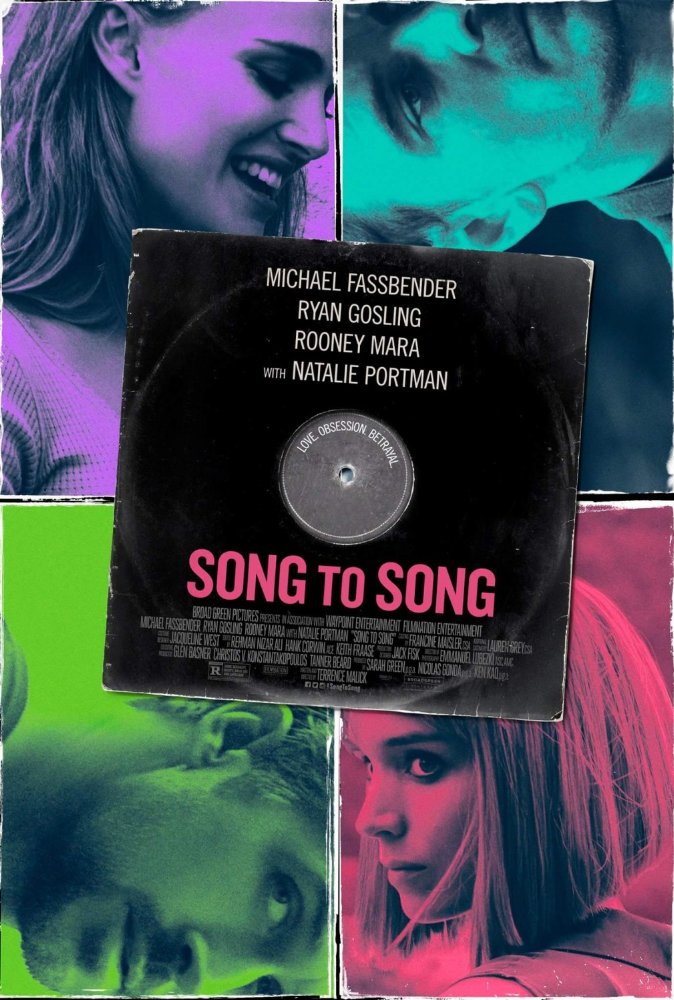 Basically: An overly indulgent film with a great cast and no discernible plot.

Song To Song purports to be about two couples whose lives are intertwined by both their relationships to each other and their involvement in the music business. Supposedly there is a story in there somewhere. It’s not just that the film is hard to follow and bombards the audience with symbolism. It’s not that the symbolism isn’t creative. It’s that I didn’t care. If Song To Song is one thing above all else, it’s hard to sit through. I’ll sum up the themes in this artsy for the sake of artsiness film for you; birds, water, close ups of someone’s hands, flowy curtains, uncomfortable intimate scene, birds again (or maybe they were bats), the ocean, more closeups of hands or dragonflies, whisper-talking (a personal pet peeve of mine), lather, rinse, repeat. There was nothing to draw me into the story or any reason to care about the characters.

I suppose you could put the mental effort in to figure out what director Terrence Malick had in mind, but it’s exhausting. Malick swirls his main characters around from scene to scene showing us snippets of their lives and how they intersect. BV, a songwriter played by Ryan Gosling, and Faye (Rooney Mara), a struggling musician, are the main couple. Faye is also sleeping with Cook (Michael Fassbender), a wealthy music mogul, in hopes of furthering her career. Cook is coupled with Rhonda (Natalie Portman), a young waitress enticed by both his money and the glamor of the music industry. There’s also a wonderful cast of supporting characters, including Cate Blanchett and Holly Hunter, and great cameos from real world musicians. Yes, the film boasts an all star cast, but unfortunately all that talent couldn’t save it.

About 30 minutes in I started wondering “is it just me”, but when I heard loud snoring coming from audience members who had literally fallen asleep I knew I was not alone. It’s also never a good sign when people keep getting up to leave during a film. I was just glad their movements provided a distraction and gave me something else to focus on for a few minutes. After what felt like 4 hours (the actual run time is 2 hours 9 minutes) the movie finally ended to the collective sigh of relief from those who stuck it out till the end. Thankfully in the 3 years this film was in post production it was cut down from the original 8 hours. My friend Susan, who has seen many of Malick’s other films, summed it up by saying, “I’m not sure who the intended audience was for this but even Malick fans shouldn’t be subjected to it.”

My recommendation is, if you want to watch a music related indie film try I’m Not There, Todd Haynes’ film about Bob Dylan. It’s equally artsy, full of symbolism and has a star studded cast but I’m Not Here actually includes music.

In the end: While Song to Song is beautifully shot, without a solid story to follow it’s like looking at a friend’s vacation photos, sure they’re nice to look at but without context they’re just pretty pictures.