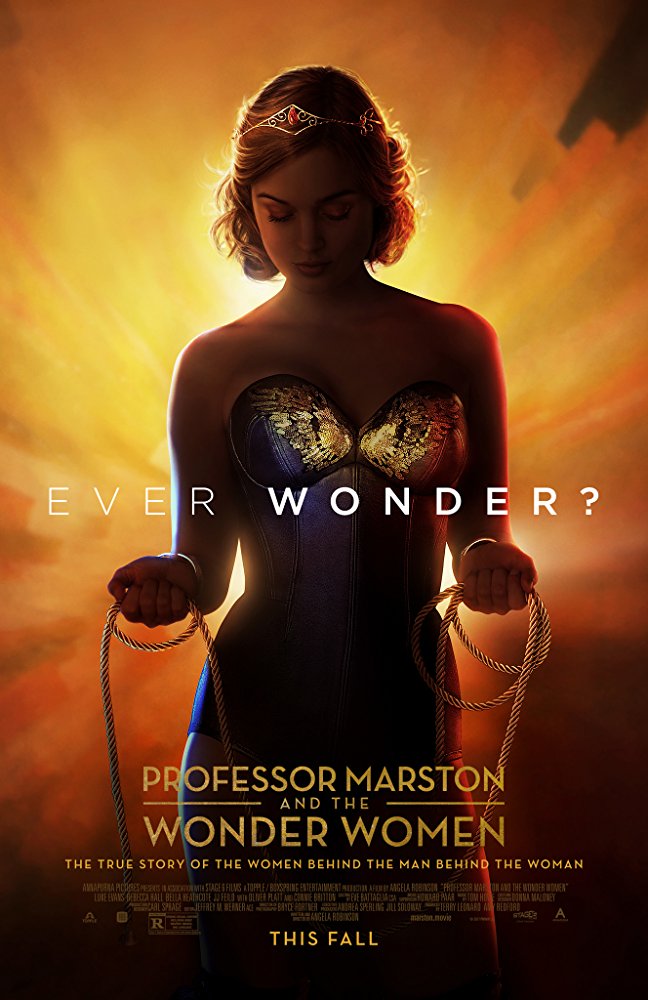 Professor Marston and the Wonder Women

Basically: ‘Professor Marston and the Wonder Women’ isn’t for everyone…wide swaths of the Midwest are going to NOPE the hell out of this movie, but let me be honest: If this is your type of movie—you are my kinda person.

Dr. William Marston (Luke Evans) is a Harvard psychologist and inventor who—you guessed it—created the character Wonder Woman. The fun thing about him, or perhaps the shocking thing, is he had not only a wife but a lover as well (both women, in case you are wondering). His wife Elizabeth Marston (Rebecca Hall) has a PhD just like he does, and is a partner in his inventing process. One day they see a girl on campus, well WILLIAM does, and they decide to hire her as a graduate assistant. Olive Byrne (Bella Heathcote) is the daughter of radical feminist Ethel Byrne and the niece of Margaret Sanger, but instead of a following in her mother’s footsteps she was raised by nuns and is, at heart, a shy quiet girl. 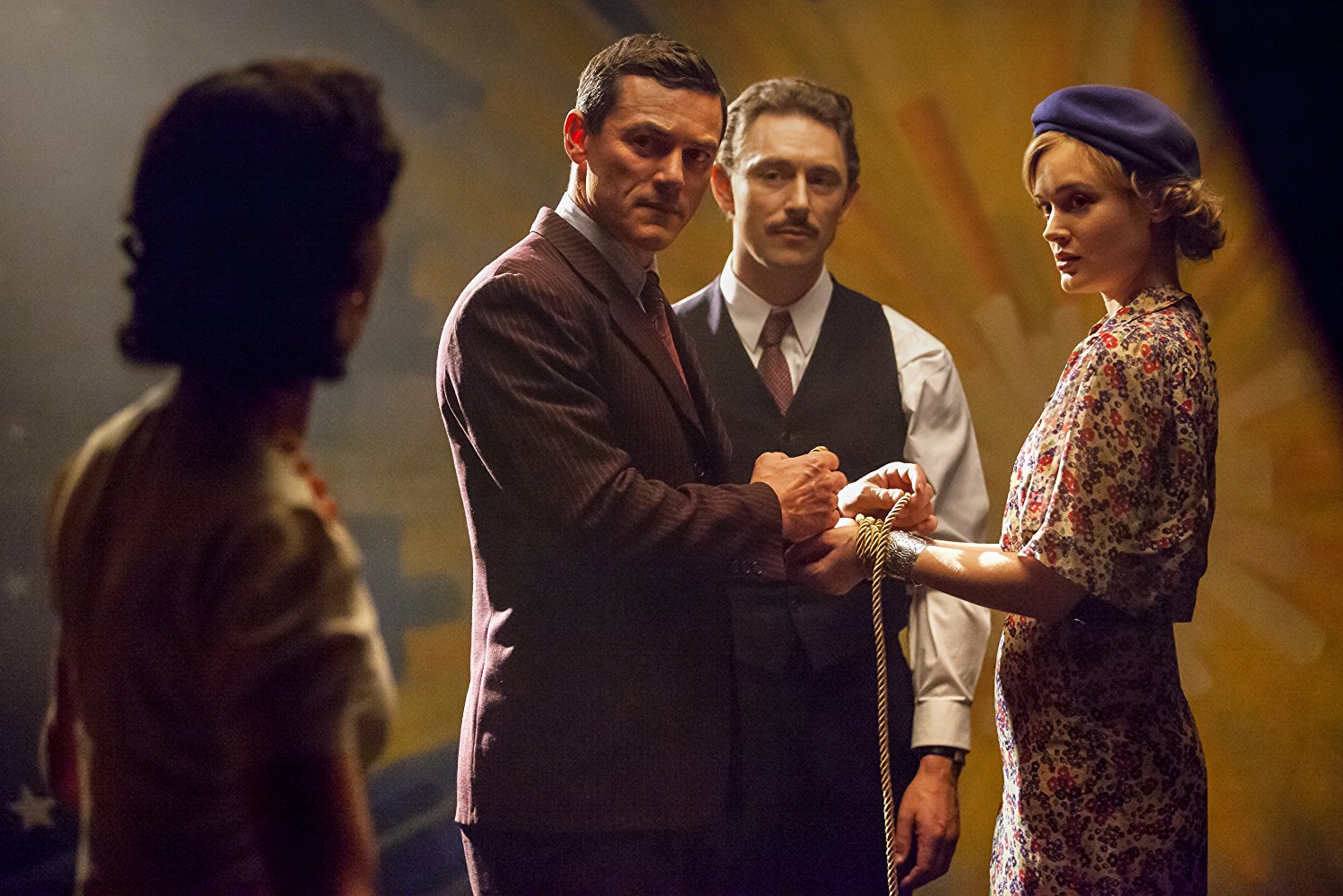 Together Elizabeth and Olive form the inspiration for Wonder Woman. Their shared life with William is full of ups and downs—discovery, both sexual and emotional, on more than one occasion adds extra tension. Through it all, is the thread of love. The three can’t stay away from one another, and trust me, this isn’t just William being unable to choose a partner. No, this is about ALL of them being drawn together even when they don’t want to be.

For me, it is a love story that is sweet with a little bit of spice (in the form of BDSM—gasp!), in a time when EVERYTHING the trio does (polyamory, lesbianism, and again BDSM—gasp!)* is seen as morally wrong and repugnant.

Hands down my favorite scene shows Olive, prior to being involved with the Marstons, trying to get her fiance to befriend the couple; they play a game that ends with the fiance saying, “What exactly are your intentions toward Olive?”  William immediately begins to defend himself, to which the fiance says, “Oh, I know EXACTLY what your intentions are, Sir. I’m asking you.” and he turns to face Elizabeth! Oh snap! Right? 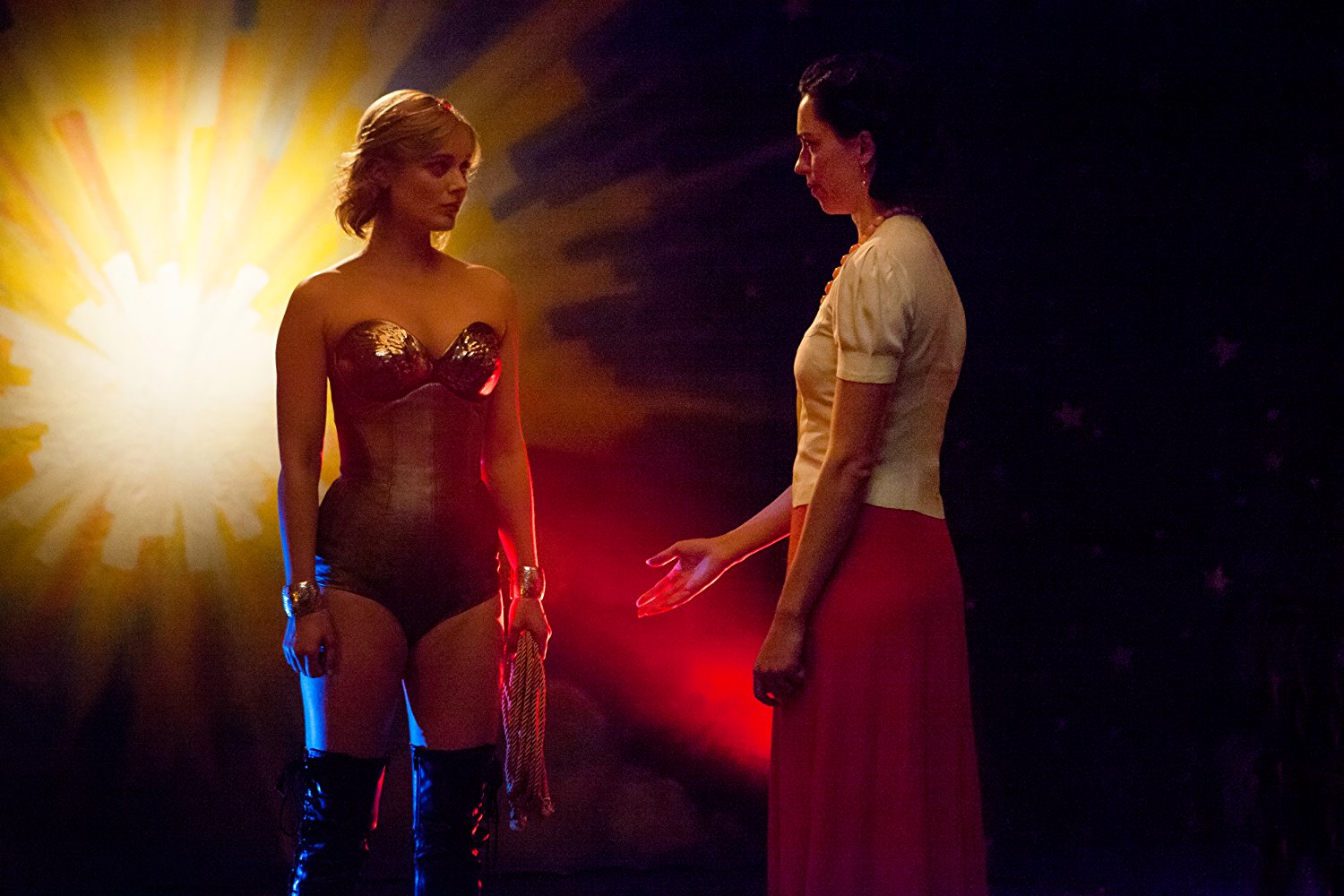 On the whole this movie is awesome.  Solid performances from EVERY person involved, which is a tall order in something like this. My only quibble is the lack of music—I have never been so conscious of the lack of sound before in my life. I’m not saying there is no music, it was just sparse and it was obviously missing. I felt like every time I took a sip of my soda everyone in the audience heard me.

Okay, okay, I don’t wanna give too much away. Let’s just say I’d give Professor Marston and the Wonder Women a solid 7 out of 10.

In the End: Go give it a try on a rainy day with your favorite lesbian and see how misty eyed they get, it’ll be awesome.

* Post-New York Comic Con update:
Full-disclosure, I did not see the panel on Professor Marston and the Wonder Women at New York Comic Con (I had something else on my agenda at that same time) but it seems there was some drama when the Q&A opened up that casts doubt on the nature of the relationship between Elizabeth and Olive… Ooh, DRAMA! Now I’m wishing I had dumped the other panel and fought my way into this one!