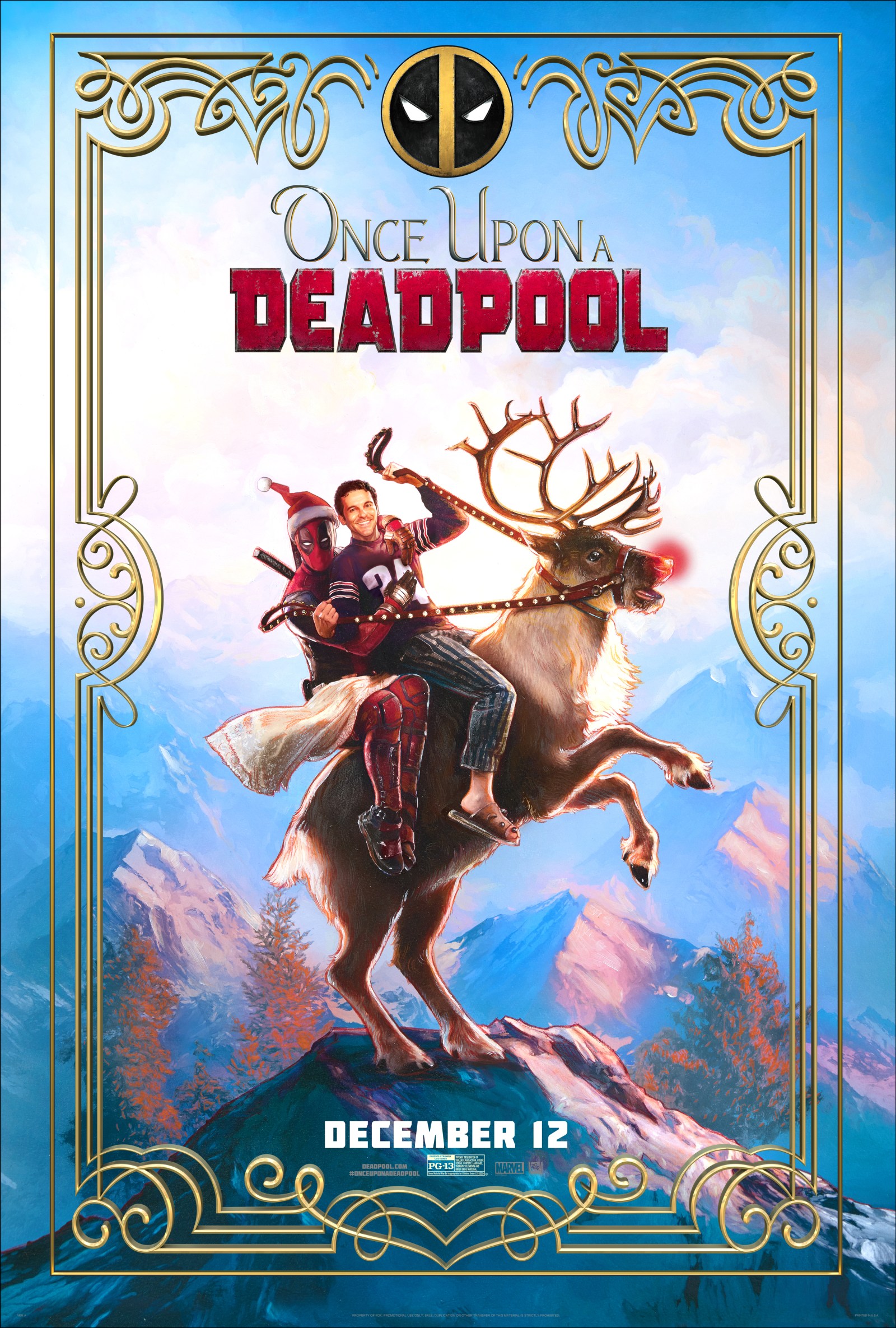 Once Upon a Deadpool

Basically: Deadpool is coming for the hearts and minds of your children…and any of your leftover holiday coins.

The concept is fairly simple: Twentieth Century Fox decided to release a somewhat family friendly version of Deadpool 2, framed by a spoof on The Princess Bride. The homage includes a replica of the Fred Savage’s character from the 1987 movie.* It even includes Savage himself, who is at the mercy of Deadpool’s (Ryan Reynolds) fantasy.

The best part about writing this review is I do not have to care about spoilers. For example, DEADPOOL DIES AT THE END! Well, that was invigorating and satisfying, like Nickelback-free radio stations. That said, in honor of the new PG-13 rating, this %^%$ review will totally be written in a !&^%$#@$ manner that is friendly for the whole #@!&$ family. 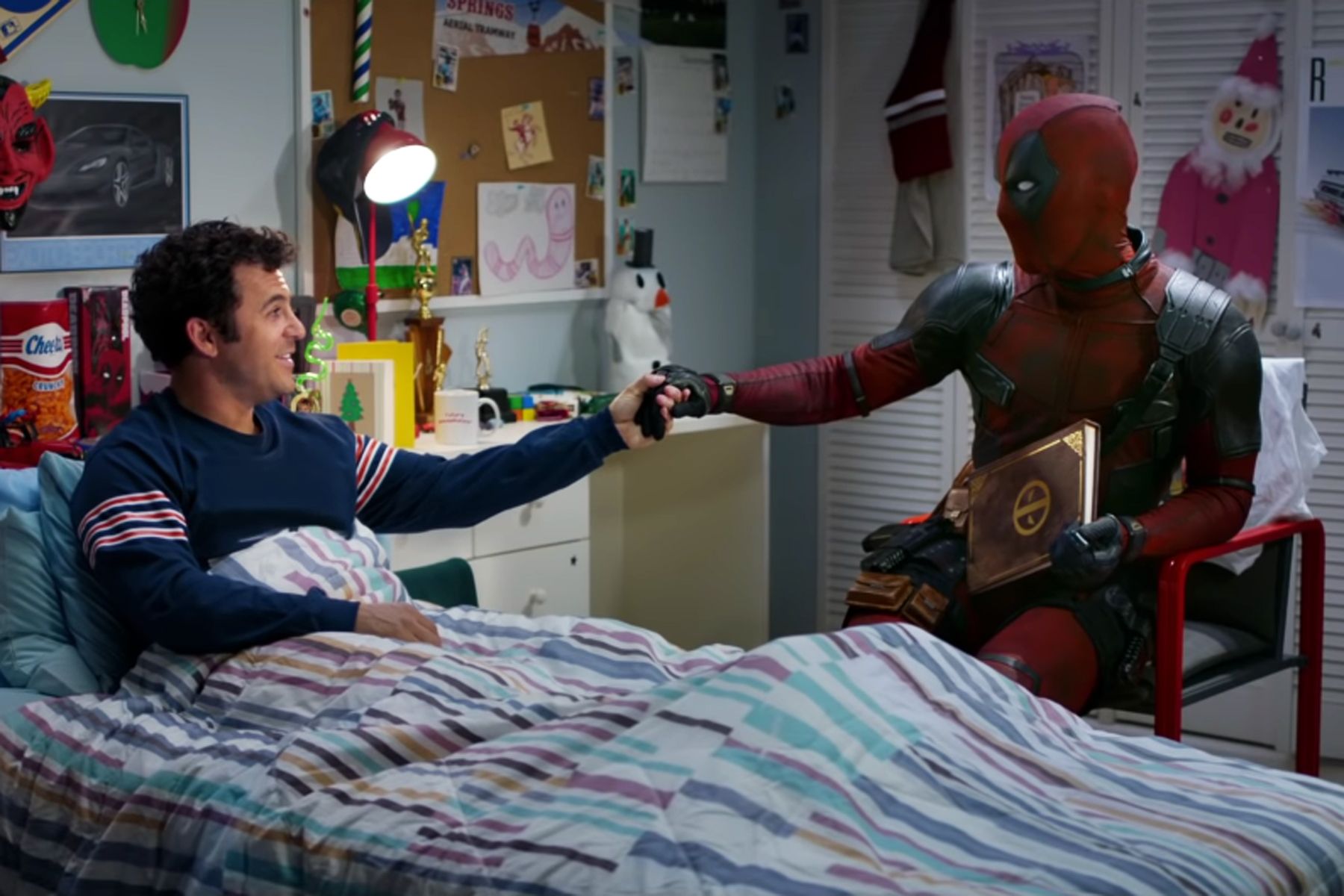 While this PG-13 version of Deadpool 2 is surely a marketing scheme to bilk Deadpool fanatics of their money and prove to Disney that Deadpool deserves a franchise, it still doubles as a “woke” family movie teaching life lessons like Mister Rogers did for all of us in the past.

For those who have seen the original and want to compare, Deadpool is still hilarious even without his %$#@ jokes. Domino (Zazie Beetz) is still a joyful delight to behold. Cable (Josh Brolin) is still a grumpy bad-ass. We are also treated to extra footage of Negasonic Teenage Warhead (Brianna Hildebrand) and a bloodthirsty Dopinder (Karan Soni), whose apparent powers are driving and courage.

I wasn’t sure what to expect from Once Upon a Deadpool; I assumed it would just be Deadpool 2 re-cut for language with some extra footage. And I was right. However, the The Princess Bride idea (which I am now calling “Deadpool 2: The Princess ‘Pool”TM)* adds a brand new layer of comedy with some incredible chemistry between Savage and Reynolds. Each moment with the pair is a delightfully creepy Statler-and-Waldorf-esque exchange that makes the original movie scenes better while addressing some of the problematic tropes cited by fans.

With his habit of breaking the fourth wall, this film only works because fans of Deadpool get each inside joke. Once Upon a Deadpool is not the first movie to attempt this type of interaction but the Merc with a Mouth leans in with no shame and fans will be grateful for it. While big blockbuster franchises try to appeal to every audience, this movie doesn’t care. Marketing cynics aside, Once Upon a Deadpool is a goofy joy ride equivalent to returning to a childhood-favorite carnival ride and being reminded why you loved it in the first place.

As an aside, stick around for an extra post-credit scenes treat.

Even better, $1 of every ticket sold in the United States from December 12–24 will be donated to F Cancer, who have graciously changed their name to Fudge Cancer to keep it PG for the 12 Days of the Once Upon a Deadpool Christmas release.

In the End: Once Upon a Deadpool gambles on giving no %^^&s to give kids an enjoyable time with a salute to movie and comic fans.

* Editor’s Note: The storyline was suggested by comic book writer/illustrator Michael Vincent Bramley on Twitter—shoutout to him.