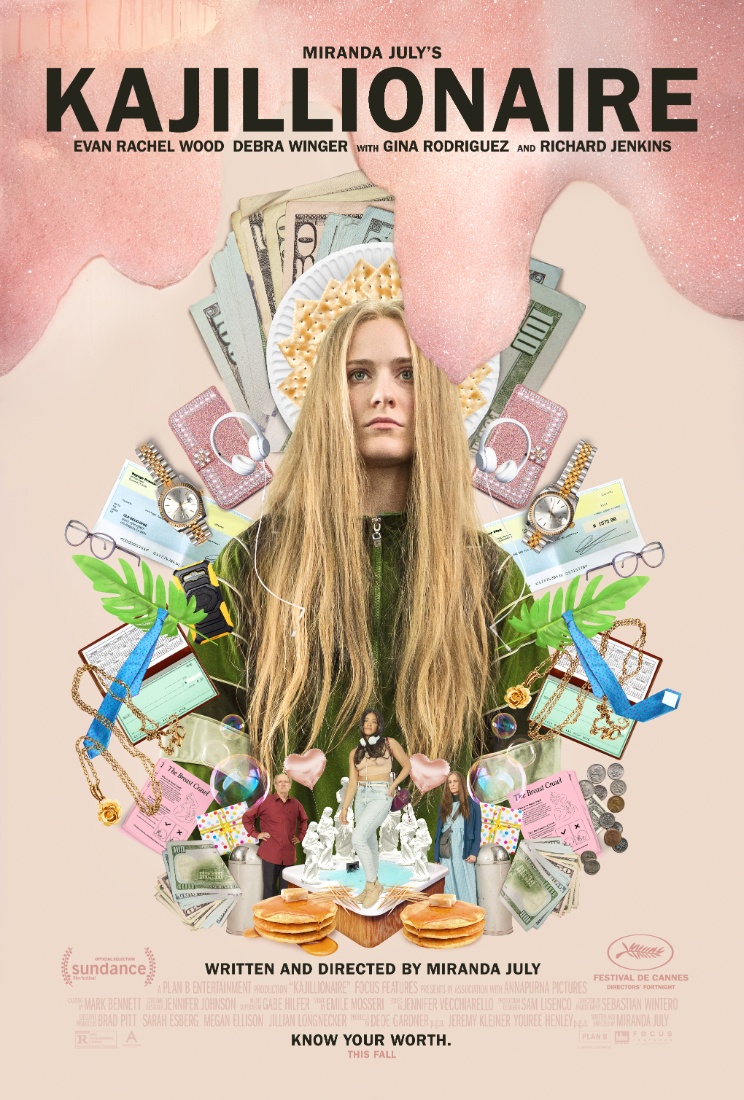 Basically: A family of doomsday preppers without preparation who are also con-artists without confidence—nature versus nurture has never been so sorrowful yet absurd.

It’s all a question of tenderness. How does a child grow when they have the components of a family but none of the content? Writer/director Miranda July digs into that question with Kajillionaire, a weird, quaint quandary of a film. Starring Evan Rachel Wood as Old Dolio Dyne, with Debra Winger and Richard Jenkins as her fairly odd parents, and Gina Rodriguez as ‘the inciting incident’ personified, Kajillionaire takes us back to an era when indie filmmaking was less defined by budget, more about specific style and content—almost a genre.

During Kajillionaire’s runtime I often thought of films like Napoleon Dynamite and Little Miss Sunshine—stories where the quirkiness of extraordinary but broken people is contrasted against the mundanity they seem to be trapped within. In these types of films, the slice-of-life is often bitter yet glittery. A bitter yet glittering slice-of-life is an apt description. Kajillionaire begins at a bus stop, in front of a post office. We meet our family of grifters and, at first, they seem competent. They have all the moves of our favorite heist movies down. Their stakes, however, fall much shorter. There are no vaults to be cleverly broken into, only post office boxes and smaller prizes. Like “not cheap ties” and sometimes a money order. As the story develops you begin to think they’ve pasted together this kind of half life because Robert (Jenkins) is afraid the Big One (a massive quake) will end it all. Actually he’s afraid that a lot of things will end it all…so why try? Robert and Theresa (Winger) don’t; they merely steal crumbs and they’ve taught Old Dolio to do the same. It’s only when Old Dolio wants more and crafts an airline luggage con that life begins to change.

The Dyne Family meets Melanie (Gina Rodriguez) on a flight and the parents form an oddly intimate bond with her. Old Dolio is jealous and yet fascinated by this sudden fourth member of their crew. Perhaps that is also what draws O.D. and Melanie into each other’s orbits. They’re both searching for tenderness for very different reasons. They’re both on the fringes, fighting for their own senses of self. That’s about all I can tell you about the set up, however, I will say that the old fable about the scorpion and the frog comes to mind—Kajillionaire is an examination of whether our nature can change versus whether nurture shapes us.

But how did I feel about this film? I’m unsure. I’m more aware of how I’m supposed to feel. It’s meant to be a revelation, the rough around the edges, terse, strangely deep voiced Old Dolio is meant to be our surrogate—a representation of our own strangeness, our challenges, and how overcoming isn’t always easy, much less inspirational. Yet, I can’t get past the fact that I’m aware of how I’m meant to feel without actually feeling anything. I slipped in and out—appreciative of the acting, the humor, and the simple yet tangible way the story unfolded—but with no true connection to it. Is this a good film? I think so. Do I have anymore to say than that? I don’t think I do.

In the End: Kajillionaire is a weird, quaint quandary of a film that you’re supposed to like. And, because the actors are so good, maybe you will.