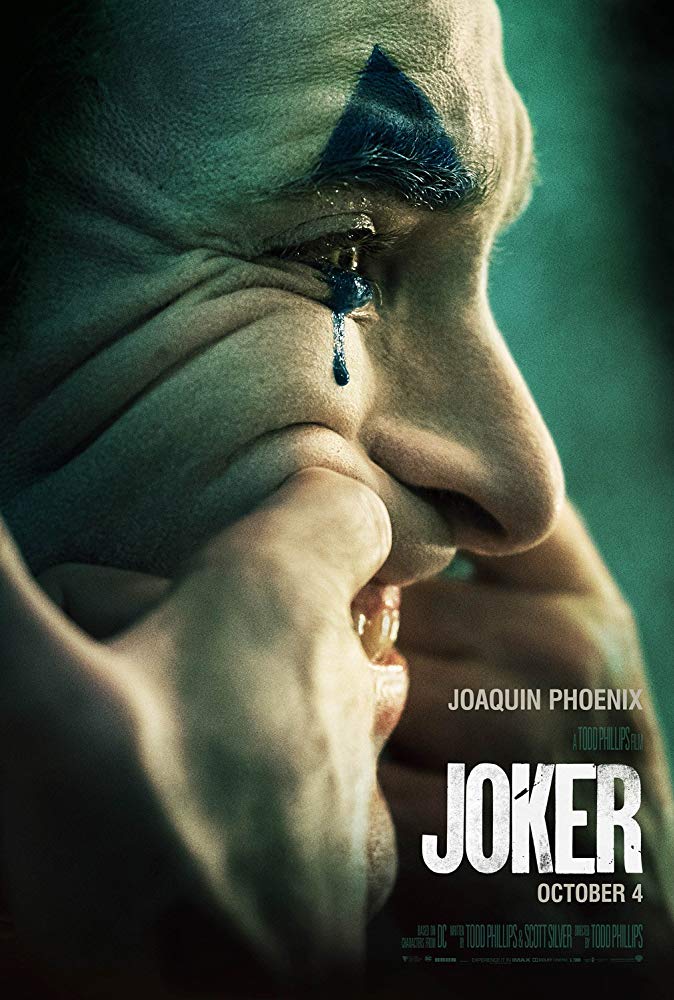 Basically: This is a film about how a supervillain becomes one with no superhero involved. Oh yeah, it’s R rated.

So here we are early into awards season, with the most controversial film of the year. A film based on a supervillain from DC Comics, one of the best ones at that: The Joker. Joker is a film that has seen as much early derision as it has critical praise at festivals. Many folks are worried that it might incite violence, gives empathy to incels, and everything else. The director Todd Phillips (of Hangover fame) and lead actor Joaquin Phoenix haven’t done any favors with some of their actions in the press appearances leading up to release. I wonder though, what is the big deal? Why do some people have such a problem with the Joker having a film all to himself or exploring his beginnings? Historically, Joker, the character doesn’t really have much of an origin other than falling in a vat of chemicals that turn his face white as paint and hair green. In the 70s the character had his own title of villainy with no Batman in it to be the focus. While that didn’t last long, it set a precedent for this character’s place within the pantheon. In the 80s, landmark creators like Frank Miller and Alan Moore changed the character into something more sinister, darker, that was expanded upon by others like Grant Morrison in his graphic novel Arkham Asylum. Yet it’s Moore’s Batman: The Killing Joke, a story featuring the first real “origin” for who Joker was before he became the psychopathic terrorizing villain. It’s this story that Phillips’ film borrows from the most, in terms of tone and theme. Phoenix plays Arthur Fleck, a very down on his luck man who works as a for-hire party clown. Set in what feels like the early to mid-eighties, Fleck is shown to be preyed upon by members of society. He is a person with mental health issues who goes to state-sponsored therapy and gets medication. He takes care of his mother, Penny (Frances Conroy) who he lives with in poverty. Arthur dreams of being a standup comedian who’ll one day end up on The Murray Franklin (Robert DeNiro) late-night show (a show in the vein of The Tonight Show with Johnny Carson). Things do not go the way Fleck wishes. He learns things that set him on the path
of violence.

This film’s focus is on Phoenix and he delivers. He chews all the scenery in every scene he’s in. Everything is read on his face, all the pain and sadness and later the anger. He does so much with his eyes and expressions you do end up getting some type of understanding of Arthur. I’m not going to say it’s empathy but some understanding that will bother some viewers.

The other real star of the film is how it looks, from the first frames using the old 70s Warner Pictures logo, through to the use of type and look of the film grain. There was a ton of care here to make it look like the films that influence it, mostly old Scorsese. Gotham is old New York, from the subway trains to the streets and buildings and the clothing all the characters wear. The attention to detail might be worth checking this out all on its own. The editing and use of color and sound also do a great job of adding to the storytelling of the film to convey a lot of subtle changes in mood and viewpoint and mental state. Your mileage on this film may vary, to be honest. Some things happen that don’t really bother me at all but I was around folks who were bothered by it. There are elements to this film, especially in the third act, where it really shifts the perspective and takes from other works by Alan Moore. Like there is some attempt to play with some political ideas that I don’t think are talked about much in much of the dialogue surrounding Joker, and I don’t think this film is some grand film of our times. I do think it’s good, I enjoyed it the more I think about it but I might be desensitized to the Joker. I’ve seen or read so many types of Joker stories with so many types of Jokers that I can’t possibly be shocked or bothered by what happens in the story, but I can say that everyone involved made a good film and it’s one that I feel is worthy of its praise. Yet for some I can see why it’s worthy of criticism as well.

In the End: This is a dark character study film that’s applied to a supervillain that usually fights a man dressed as a bat. Take it as seriously as you like.