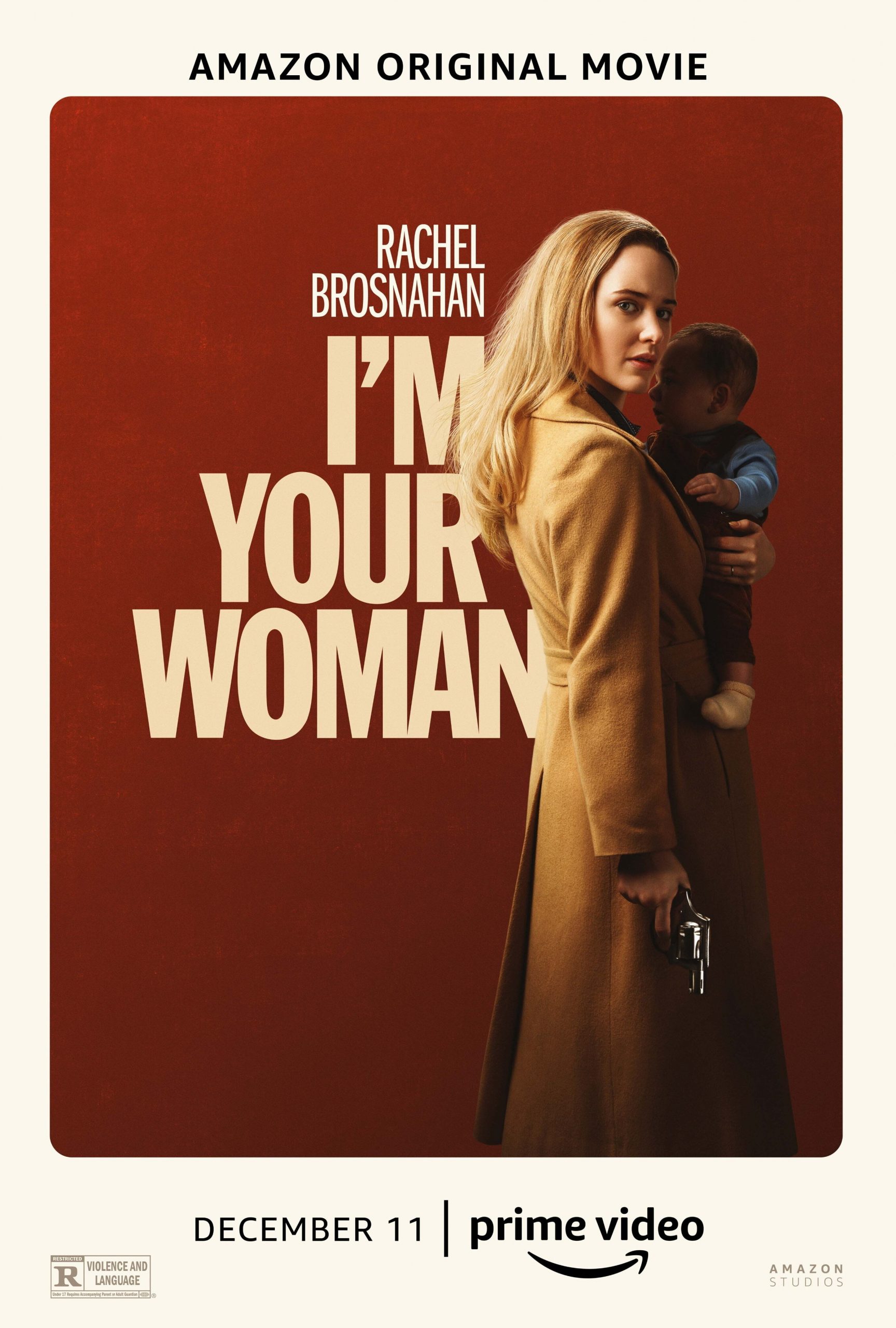 Basically: A criminal’s wife is being hunted, so she hides out in a few houses.

I’m Your Woman is all about Jane (Rachel Brosnahan), the wife of a thief, whose husband steals a baby for her and then disappears. A member of the husband’s criminal band, Cal (Arinzé Kene), whisks Jane away from danger and into a series of hotel rooms and houses to keep her safe. Details of Jane’s life, and her husband’s secrets are revealed as the men searching for Jane get ever closer. Or do they? They seem to just show up at random intervals so they might just be getting lucky. Finally, it seems Jane is safe, BUT when Cal disappears it’s up to Jane and his wife Terry (Marsha Stephanie Blake) to go find him.

I really wanted to like this film; it’s about a woman’s experiences and there is a woman director/writer—Julia Hart also directed/wrote Fast Color which I LOVED. I always feel movies that are female focused offer a fresh look at the world, the roles women play in it, and how they break out of those roles—but, yeah, that didn’t happen in I’m Your Woman. Instead, I feel like it is the same old, same old. We spend a lot of time watching this woman just sit around waiting and wondering and being a good girl. The few bits of action we see rarely involve Jane (Brosnahan), she is very much a victim of her own life. The one time she does take command, she reverts to type and just lets things happen to her upon arrival. It’s just so frustrating to watch a “slice of life” film masquerading as a thriller/action movie.

It isn’t that the acting is bad, it isn’t. I especially like Cal (Kene) and Terry (Blake)—they are such powerful figures on the screen that they make Jane seem bland by comparison. It isn’t that the production values are poor, this is set in the 70’s and I saw nothing that pulled me out of that era at all. The soundtrack is on point (although I hated the transitions from big background soundtrack to tinny radio, it reminded me I was watching a film every time it happened). So what was it that made this such a pain to watch? It was the story. There was so much silence and aloneness. I get that aspect of a woman’s life, and I get the contrast that Jane offers to the typical 70’s woman (who was out discovering her independence and power while Jane tried to find scissors). I just don’t think it was worth watching. There is no tension, there is no lasting change, and the relationship between mother and child (which is the only real development in Jane’s personality) is stilted and happens all in one scene.

I’m just, sadly, underwhelmed with this film—specifically, the storyline.

In the End: If it’s free, and you’re looking for a movie pretending to be deep but with a bit of action…choose something else. This is a disappointing waste of time and it could have been so much better, damnit.