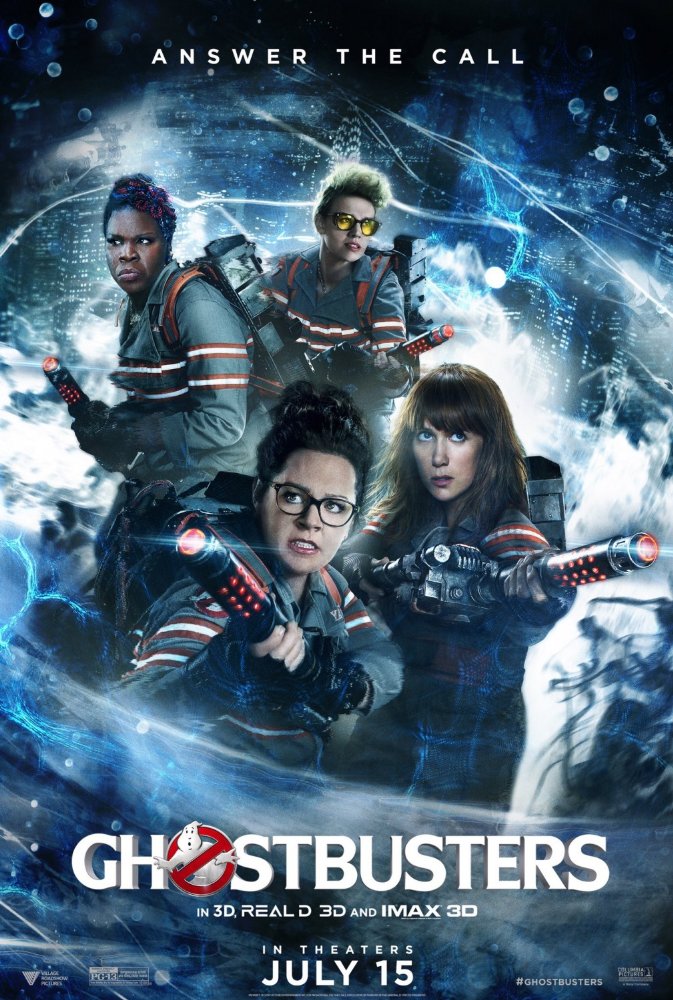 Saying this film polarized people is like saying the Ghostbusters slime is just plain green…it’s a bit of an understatement. So I know I’m not going to convince some of the diehards out there, and that’s a dang shame—because that means they’re forgetting everything Ghostbusters originally stood for: unadulterated, cheesy fun. And that’s what this film is; it’s fun, it’s cheesy, and it geeks out hard. This movie isn’t supposed to be some super deep, Oscar-worthy art form meant to make you come to some grand realization about life—unless, that is, you weren’t already aware of the stereotype of the “hot female receptionist” (tip of the hat to Chris Hemsworth for proving just how ridiculous that notion is). And that’s okay.

It’s got the traditional setup: there’s a ghost invasion in Manhattan, and it’s up to paranormal enthusiasts Erin Gilbert [Kristen Wiig] and Abby Yates [Melissa McCarthy], nuclear engineer Jillian Holtzmann [Kate McKinnon], and subway worker Patty Tolan [Leslie Jones] to stop the living world from getting taken over. So, nothing too taxing about the storyline, and the allusions to and cameos from the previous films were many…like a buttload. But they added to the charm and made for some elbow-nudging from friends in the theater.

What got me buzzed about this film the most is that these women were just normal—albeit way less scared of ghosts than they should be. They were women who were incredibly smart, funny, and not trying to be sexy for the affections of a man (with the exception of Erin Gilbert [Kristen Wiig] whenever Kevin [Chris Hemsworth] was in the room—but it was for, um, glaringly awkward effect; see our “hot receptionist” point above). And they poked fun at anyone who tried to suggest otherwise, whether onscreen or off. For me, Jillian Holtzmann stole the show, and I’m looking forward to seeing all the kids cosplaying her on Halloween—she’s the cool crazy scientist every girl needs to look up to (and I think most of us now ♥ her).

Sure, there were a few facepalm moments, the villain could have been a bit more believable, and I’d have loved to have seen the characters developed even further, but overall this film is just a whole bunch of fun, and the enthusiasm the characters had for science, ghosts, and their friends was kinda heartwarming to watch. So you can forgive its shortcomings for two hours of pure geeky, laugh-out-loud fun—and if you can’t, then maybe you’re one of them ghosts. Who do we need to call again?

In the end: Easy watching and good for a laugh with your friends!

Wanna hear more about Ghostbusters? Check out Geek Girl Riot’s confab all about the new film and other blockbusters here!