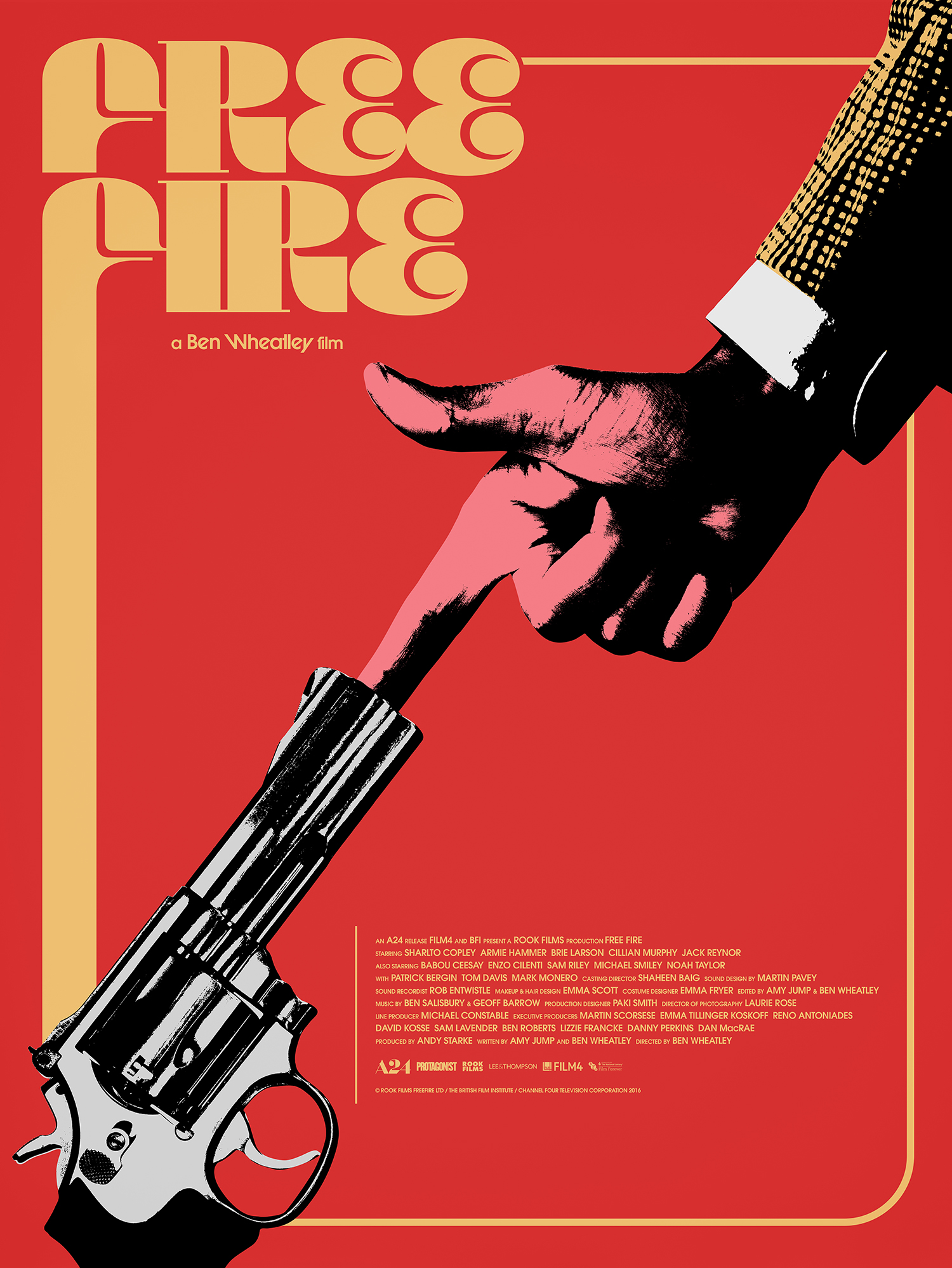 When an arms deal goes horribly wrong, a warehouse becomes the site of a three-way standoff between gun runners, IRA buyers, and two middlemen. FREE FIRE is the story of how a spat between an abusive junkie and an enraged low-level flunky ignites their paranoia and suspicions to horrible effect.

Chris (Cillian Murphy) and Frank (Michael Smiley) are in Boston to buy M16s for the IRA. Gun merchant Vernon (Sharlto Copley) tries to pass off AR70s, but this only puts the IRA men on edge. Add in that their paid muscle, Stevo and Bennie, got into a bar fight…and that the guy who beat Stevo up is right there with Vernon and his associate Martin.

It’s a powderkeg waiting to go off. Ord (Armie Hammer) and Justine (Brie Larsen), the ones who set up the deal, are the only voices of reason. But once the guns come out, it’s every man and woman for themselves. Bullets start to fly and, during a brief ceasefire, a ringing phone can be heard…and new players enter the fight.

With crisp, witty dialogue—seriously, you have to listen close to hear the jokes flying fast—and plenty of hard-edged action, FREE FIRE is a great low-budget thriller. It’s like the cinematic love child of early Tarantino and Guy Ritchie, midwifed by Martin Scorsese (who was an executive producer). Recommended!

In the End: Brash, bold, and hilariously cheeky, FREE FIRE is a one room drawing-room comedy where the players are in a battle of wits and bullets.