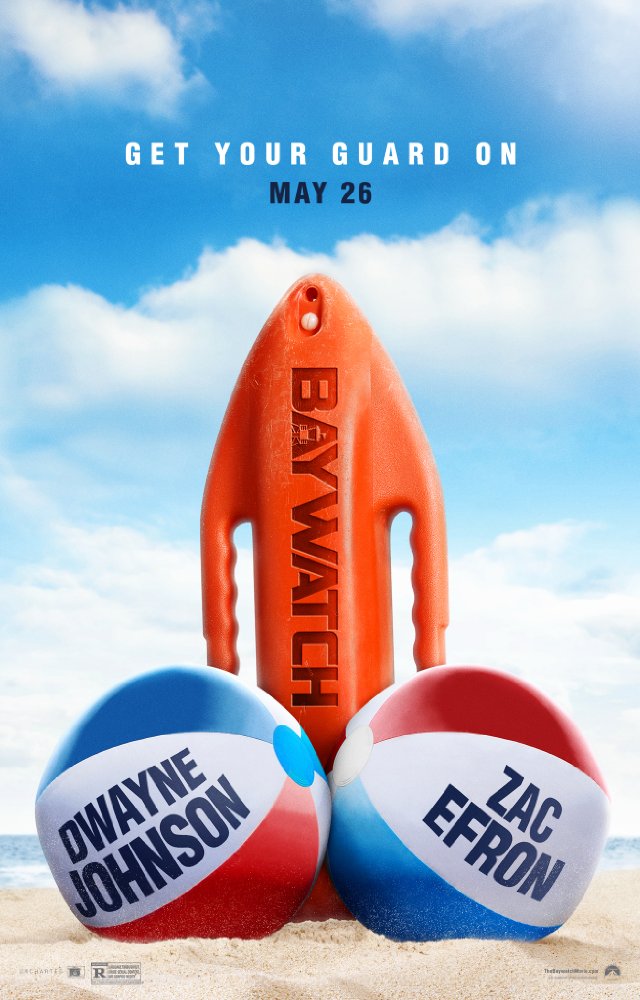 What’s the biggest challenge for Dwayne “The Rock” Johnson in his march toward complete box office dominance? Maybe relaunching one of the icons of 90s American TV into a raunchy R-Rated comedy send up. Here we have Baywatch, a reboot of the classic show starring The Rock with co-star Zac Efron (Mike and Dave need Wedding Dates) and Priyanka Chopra (ABC’s Quantico). The Rock plays the character, Mitch Buchannon, originally made famous by David Hasselhoff. He’s basically a super lifeguard with over 500 saves who knows the Baywatch beach like the back of his hand. As the city is facing less money for the lifeguards contrasted with a rise in drugs deals on the beach, Mitch is burdened when a new recruit is forced on him. This is Matt Brody (Zac Efron), a disgraced gold medal winning Olympic swimmer who cares more about looking cool than helping people. Mitch and his crew must figure out who is bringing drugs to the beach while trying to make Matt into a decent person along the way.

None of this movie is really played seriously. It’s completely having fun with all the tropes from the old show—played up like an Adam McKay comedy. It’s fun seeing The Rock get to use his comedic timing with a non-PG script. He and Zac do really well together on screen, going back and forth with dialogue, especially with Zac as the butt of most of the jokes. Another high point is Chopra’s Victoria Leeds, as a mustache-twirling bad guy who uses feminism to defend her actions. Now, to be honest, parts in the middle of the movie are slow while the first 20 minutes are the overall funniest parts. It wraps up in a satisfying way but is still somewhat lacking. Baywatch is going to be very enjoyable for some (especially some old Baywatch fans) and not so much for others, but still it’s a nice change from all the superhero action movie fare out right now.

In The End: A really fantastic 40 minutes of comedy sandwiching 80 minutes of ok comedy for a holiday weekend.