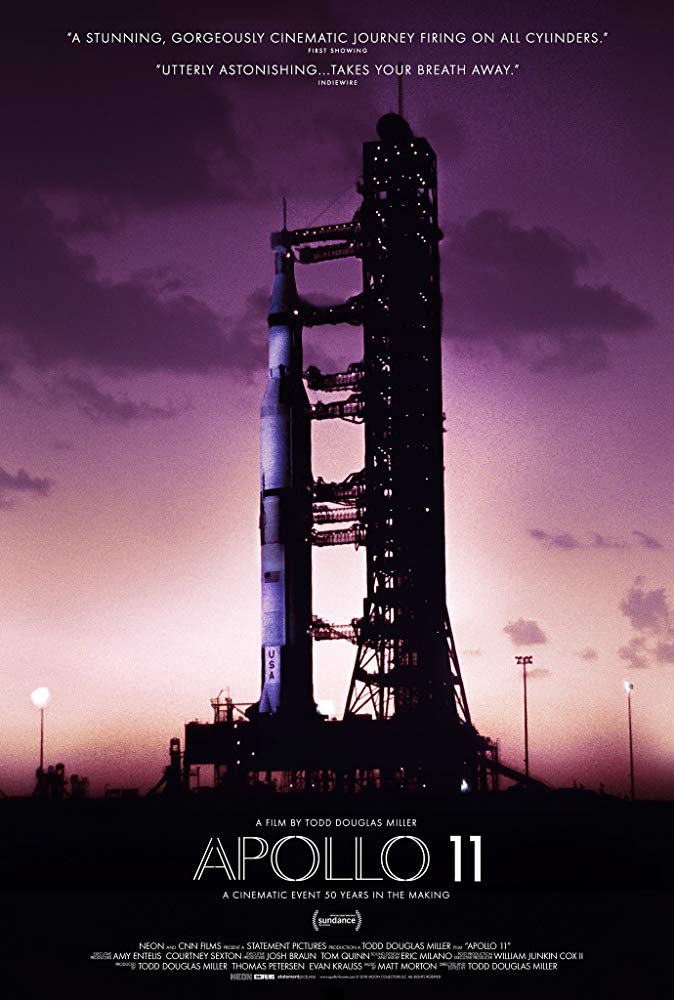 Basically: A documentary full of stunningly remastered and restored footage of the 1969 Apollo 11 moon landing from start to finish, including scenes that have never aired previously for public audiences.

I think my favorite aspect of this lush documentary is that director Todd Douglas Miller and his team let the film footage speak for itself. Apollo 11 is a love letter to NASA and a “slice of time” portraying an era of wide-eyed optimism and awe at the capabilities and potential of humankind. The team used all source material available to them: training and technical clips, pictures and home movies, press interviews and TV broadcasts…and somehow they were able to build suspense even though the audience is aware of how it all ends.

Apollo 11 drops the audience into the days leading up to the mission launch and follows Neil Armstrong, Edwin “Buzz” Aldrin, and Michael Collins through the mission, the moon landing, and then their triumphant return home. The movie has a “found footage” quality to it that is charming and engaging while concealing the thousands of man hours it took to carefully select and edit film & audio clips together to create a cohesive tale.

The editing and the sound in this documentary is amazing. The rumble of the launch shakes the whole theater and comes the closest, out of any other film this space geek has seen, to placing you right there on the launch pad during ignition. 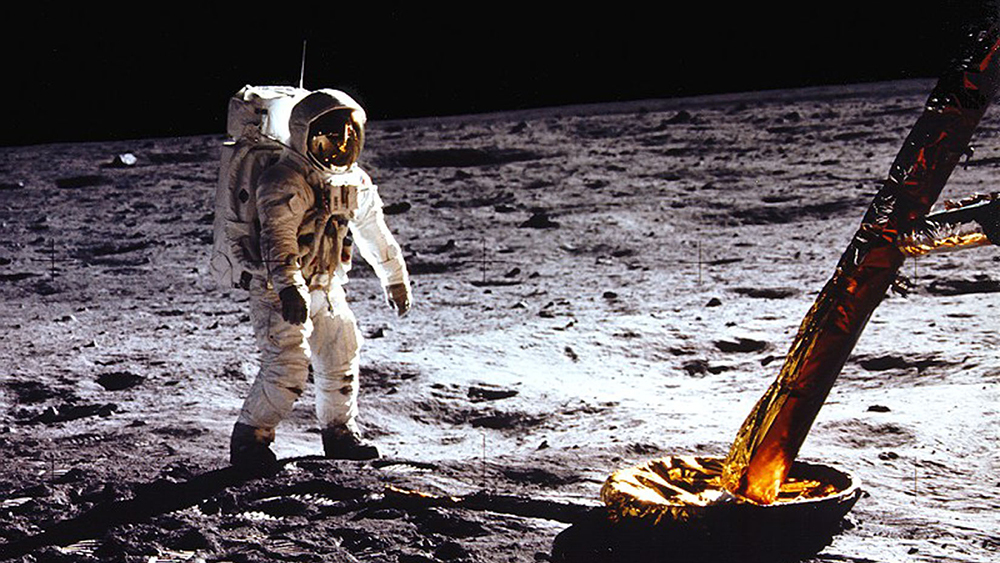 The large format film sequences are mesmerizing and highlight the scale and magnitude of the infrastructure at NASA in the 60s—along with the crowds that would routinely gather for all launches during that time. With the body cam
footage, you are literally looking over Neil Armstrong’s shoulders as he steps down the ladder and onto the surface of the moon for the first time. The sequence of film that shows Michael Collins alone for several revolutions, keeping Columbia in moon orbit as Aldrin and Armstrong make their historic landing on the moon, is haunting and terrifying.

Sidebar: I was pleasantly surprised to discover a woman present in Mission Control during the Apollo 11 mission! Her name is JoAnn Morgan and she went on to become an engineer and executive, retiring from NASA in 2003.

In the End: A must see for all you space geeks out there! The filmmakers have promised they have only just scratched the surface on the treasure trove of footage available in the National Archives, so please support this film release to help protect and preserve our history.