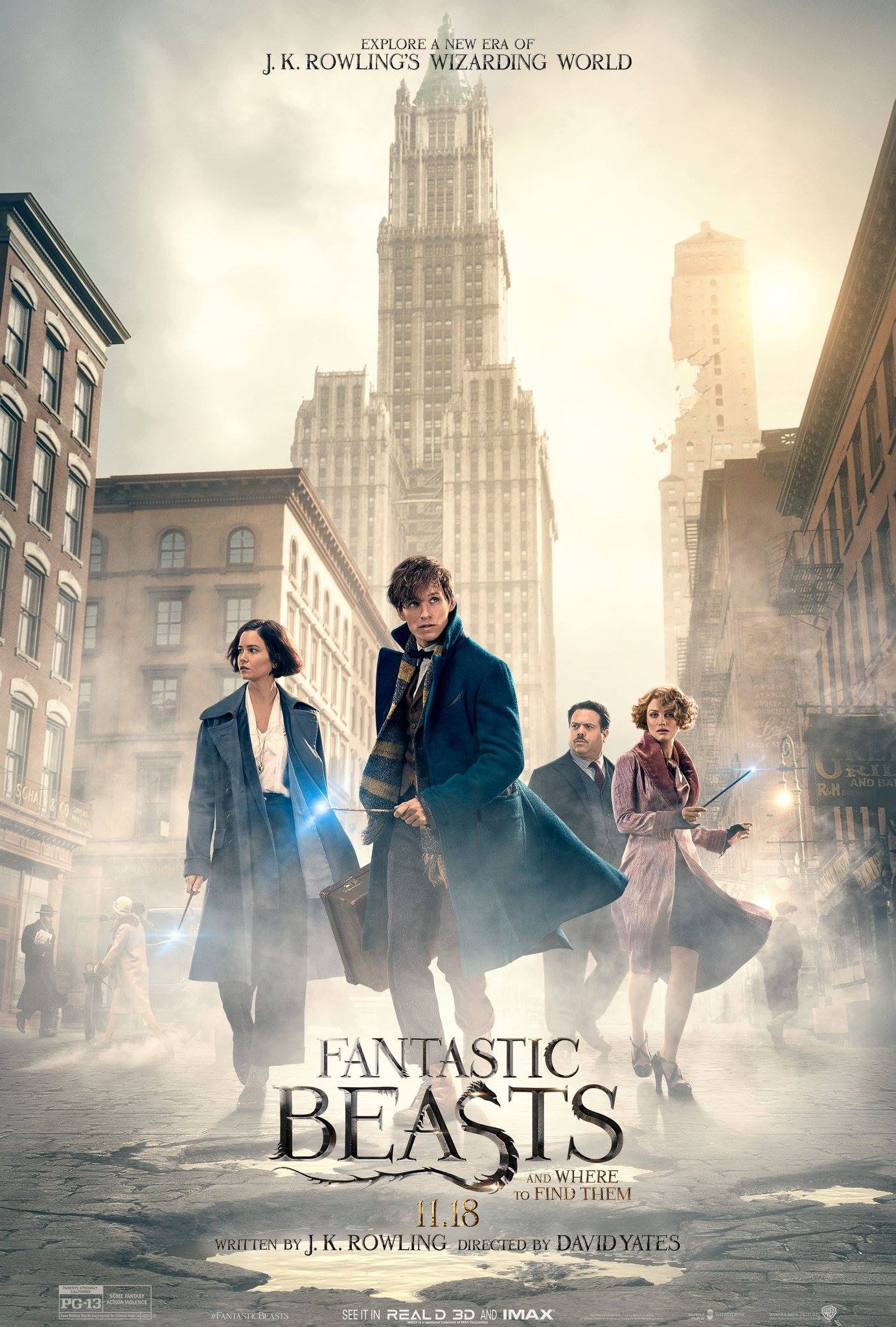 Fantastic Beasts and Where to Find Them

In the past few years since the original Harry Potter series ended, there has been no shortage of correspondence from the Wizarding World, most of it coming from our queen J.K. Rowling herself. Some of them make us feel closer to Harry and Co like Pottermore’s sorting quizzes and tests to determine our patronus; some are interesting but problematic like JKR’s appropriation of First Nations mythology; and some of them are downright disappointing *cough Cursed Child cough*. But few of these entries have been quite as satisfying as the latest installment in the Potter canon: Fantastic Beasts and Where to Find Them.

The new movie, penned by Rowling and helmed by long-time Potter director David Yates, has been in the works for two years and was finally released on November 18. There have been a lot of reviews cautioning against getting your hopes up, but I thought it lived up to its name by being, well, fantastic.

“Yesterday, a wizard entered New York with a case. A case full of magical creatures. And unfortunately, some have escaped.”
– Tina Goldstein

Featuring a charming Eddie Redmayne as Newt Scamander, a magizoologist from England, the story takes us to New York and a different version of the Wizarding World than we’re used to. For one thing, it’s set in 1926, a good fifty-plus years before Harry Potter is even born. And for another, instead of being in the halls of a wizarding school, learning magic as a child, we’re following adults who are out of school and making their way in the real world.

When Newt accidentally swaps suitcases with a bumbling Muggle (or No-Maj, as Americans call them), Jacob Kowalski (Dan Fogler), a handful of magical creatures are set loose. Together with Jacob and the fabulous Goldstein sisters, no-nonsense Tina (Katherine Waterson) and dreamy Queenie (Alison Sudol)—an ex-Auror and a Legilimens, respectively—Newt has to find his missing creatures before they—and he—are blamed for the death and destruction that’s been mysteriously sweeping the city.

That’s where the movie gets darker and reminds us that we’re long past the relative lightness of our first foray into J.K. Rowling’s universe and the quest for the Sorcerer’s Stone. We’re introduced to a group of witch hunters called the Second Salemers, as well as a No-Maj senator, and MACUSA, the American version of the Ministry of Magic. Their plot lines are interwoven with those of Credence (Ezra Miller) and Percival Graves (Colin Farrell) and to give you more details would spoil some of the best parts of the movie. Suffice to say, if you watched the final trailer, released at the end of September, you’ll catch a glimpse of a very important symbol and all will become clear during the somewhat predictable final battle yet still surprising ending. This includes an unexpected bout of stunt casting that I may not be completely sold on, but it felt like a classic JKR move and guarantees your interest in the next movie.

“We’re going to recapture my creatures before they get hurt. They’re currently in alien terrain surrounded by millions of the most vicious creatures on the planet; humans.”
– Newt Scamander

As if having a great story wasn’t enough to make this movie entertaining, they only went and made it gorgeous. Whether you’re traipsing the streets of 1920’s NYC or visiting Newt’s workshop, a type of traveling zoo where his magical creatures live in their preferred environment, the scenery is as much a part of the plot as the characters. I had no other option but to see it in 3D and I can’t say having an extra dimension made a huge difference to my viewing experience (it is SUCH a pain to wear the 3D shades on top of my actual glasses), though there were some cool effects that made you feel like you were actually there.

As for the beasts themselves: Nifflers will definitely be at the top of your Christmas wishlist this year with a Bowtruckle close behind. And if you were sorted into Ilvermorny’s Thunderbird house, you’ll be pleased to see your mascot in all its feathered glory. There’s also a funny scene at Central Park that sees an Oscar winner (Redmayne) grunting and rolling around in the snow, proving the lengths people will go to for Harry Potter’s sake.

Despite being a new story with unfamiliar characters, there are plenty of references that will get any Potterhead’s heart pounding, including the very beginning which opens with the WB logo and a reworked version of the iconic “Hedwig’s Theme” (I’m not crying, YOU’RE crying). There’s also a name casually mentioned over halfway through that will have you gasping and googling a certain character’s family tree to see how it all connects (I’ll save you the trouble: there is very limited information on her as of this writing). Not to mention that, as the first of five films, it is a very real possibility that we will see the legendary duel between Gellert Grindelwald and Albus Dumbledore on screen in a few years. A good chunk of the movie is dedicated to set-up for future installments, but by the time the credits roll, you’ll remember why you spent your childhood in awe of J.K. Rowling’s storytelling abilities.

In the end: Watch this if you ever wanted to know more about the Wizarding World or the cultural differences between magic-users in the US and England.