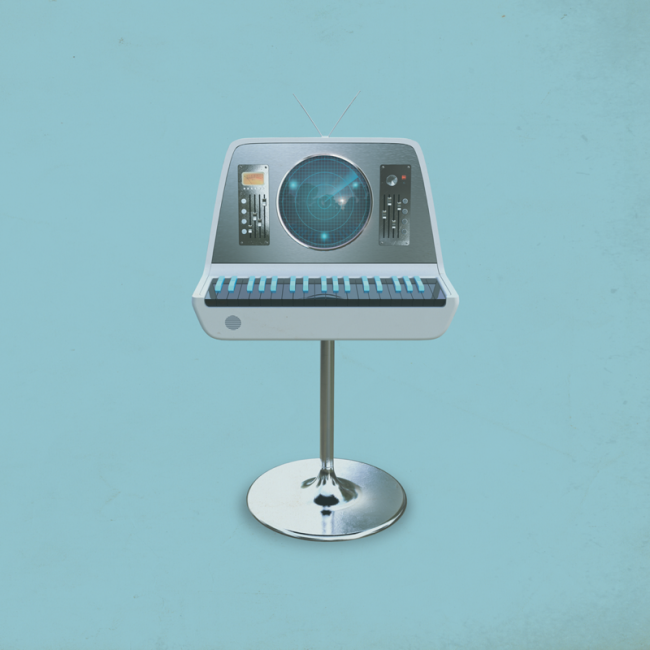 “You’re down on your luck, you’re down / But that don’t mean you’re out”

Let’s not mince words here: The world is fucked, and we’re still pretending everything’s fine. As the world edges ever closer to looking like the wrong end of a sci-fi movie, Enter Shikari have given us its soundtrack, which idobi’s Chief Creative Officer describes as “if TOMMY was made by Queen…with a raspier voice”. That’s a lofty compliment from our resident queen and it’s completely justified. The Spark has the stage set for a space opera of Queen-size proportions: vintage 80s electronic synth hooks and voice changers, hugely important messages about fighting against the current socio-political state, deeply personal human connection and, most importantly, hope. (Rebellions are built on hope! …or something paraphrased… Please don’t sue us Mr. Lucas.)

It’s this spark of hope that makes the new Shikari album burn brightest; no matter how dark things get, they’re making their way through it to the light. When they’re angry and ashamed at society in “Take My Country Back” (look out for that insanely clever echo from “Ok, Time For Plan B”) they’re calling for all of us to do better and to get up, get up! When they’re exploring all ends of the electro-synth spectrum in “The Sights”, they’re using sci-fi space metaphors (yes, it’s Enter Shikari so it’s fantastical) to represent facing up to fear and boldly going into the great unknown. There’s less focus on the heavier, experimental sounds we’re used to, drawing more attention to the lyrics—for good reason. “When the wind’s against you remember this insight / That’s the optimal condition for birds to flight / Now the wind’s against you, don’t give up the fight,” Reynolds sings on “Airfield”, The Spark’s most stripped down track, keeping the biggest gut-punch of the song in his words. Don’t worry though, there’s still plenty of massive hair-raising Shikari shakers on here for you to dance to—a song called “Rabble Rouser” ain’t exactly gonna be a lullaby—but the music has matured to reflect a new kind of energy, fueled by the messages Reynolds shares in each line.

What truly makes this record soar is when those messages turn introspective and move you in ways you could never expect. “An Ode to Lost Jigsaw Pieces” comes out of the left field to hit hardest. A poignant journey of loss, you’ll stumble through the echoing lament into a sci-fi soundtrack-esque breakdown, ’til you’re left with tears in your eyes and a defiant set to your jaw. You’ll be chanting “we all cope somehow…”. “An Ode to Lost Jigsaw Pieces” will knock the wind out of you completely, before slowly giving you the strength to carry on again with one last explosive bow. In every track, the band conveys that they get what you’re going through, and they’re gonna be right there by your side, as you fight your way to better days.

The Spark proves how much Enter Shikari have grown and their fans have too—they’re not kids any more playing shows in their living rooms and writing songs about laser tag, for other kids who loved to sing their lyrics at such an obnoxious volume schoolteachers threatened detention (true story). These days, Enter Shikari use their platform to speak out on everything that really matters, looking both inwards and outward with brazen honesty. You’ll respect them all the more for allowing their music and sound to change and mature too, because what they’ve tapped into is that voice of hope inside each of us, magnifying it tenfold to the beat of a space opera soundtrack. And isn’t that just what we need to listen to in times like these?

Buy it, Stream it, Skip it?: Buy it, ’cause Enter Shikari are back to save the world…or at least give it an epic sendoff.