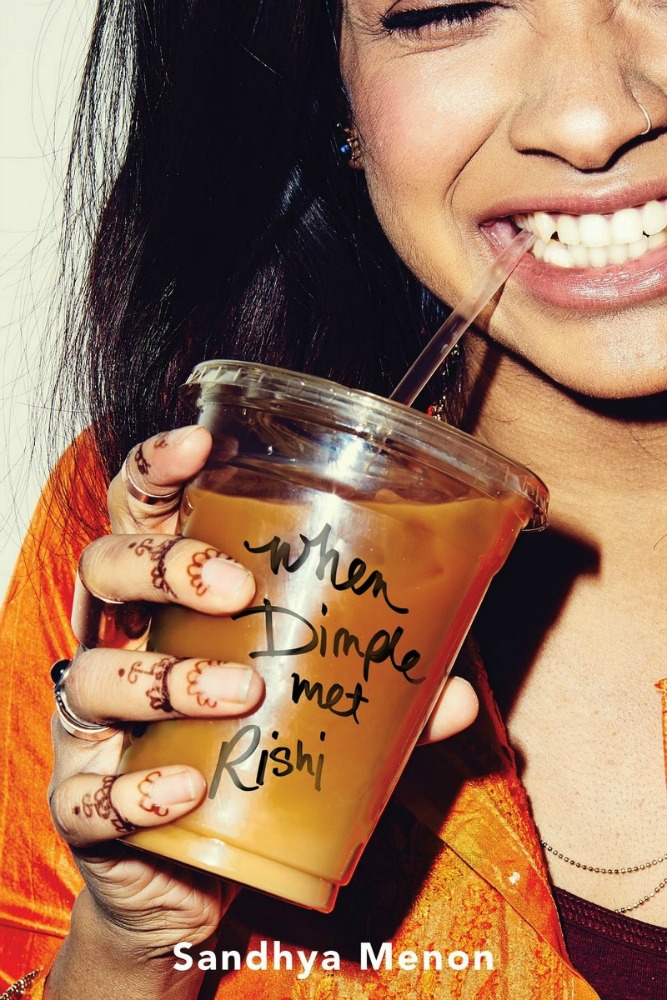 Basically: Dimple wants to conquer the tech world and Rishi’s a hopeless romantic, but their parents think they’re made for each other in Sandhya Menon’s When Dimple Met Rishi.

Dimple Shah may have Indian heritage, but she tends to think of herself as American. She’s nerdy and bright, with a passion for technology and hopes of an admission to Stanford—she has no time for boys or make-up, much to her mother’s chagrin. Rishi Patel, on the other hand, loves his culture and the idea of an arranged marriage, even if having a stable future means giving up his dreams of being an artist. So when their parents push them together a prestigious app-making summer program, Dimple tries to resist Rishi’s goofy charm, but can’t help thinking he might be someone worth her time.

You know how Bend It Like Beckham is a great movie? When Dimple Met Rishi is like a YA equivalent, except with less soccer. It’s adorable with a sweet relationship, but it has enough depth and serious conversations about how your family influences your life that it doesn’t feel like fluff.

Both characters have so many layers to unpack, not least because of their heritage. Dimple finds it hard to relate to certain aspects of her culture because she was brought up in the US. Her childhood provided her with a whole different set of values and experiences than her parents. There are lots of people who identify with one half of their background more than the other half and Dimple’s struggles to reconcile the two cultures is something a lot of readers will recognize. Meanwhile, Rishi’s pride in his heritage gives us a whole new look at Indian culture, something that is not often represented in YA.

One of the best parts of the book is how seamlessly the aforementioned Indian culture is integrated into the story. References to food (Dimple comparing her father’s expression to a “roti that had been left in the pan too long” made me laugh for about a day), and Bollywood movies/music are tossed in as casually as allusions to mainstream pop culture. Own voices stories are super important because it gives authors a chance to faithfully represent their “people” without being reduced to stereotypes or supporting roles, and Menon does a wonderful job of making Indian culture accessible. You don’t have to be Indian to appreciate Dimple and Rishi’s situation, even if you don’t have personal experience.

In the end: Read it! It will both make you smile and teach you about a different culture—what’s not to love?