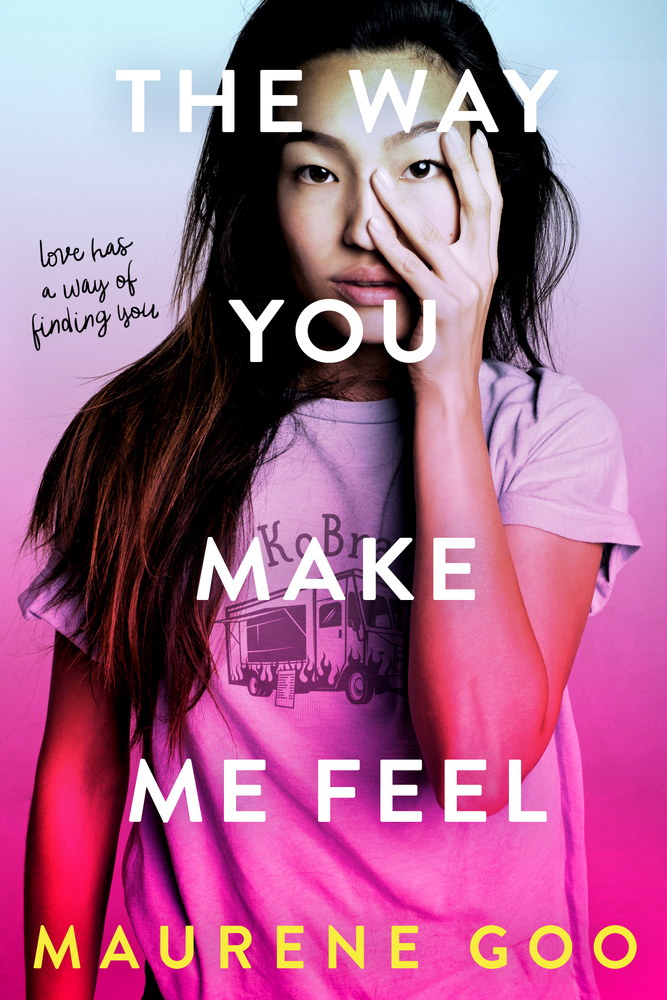 The Way You Make Me Feel

“The risk of the bad stuff was so worth the good stuff. People who would be there for you when you messed up and behaved like a little jerk? They were the good stuff.”

Basically: After almost setting the school on fire during an argument, Clara and Rose are forced to work together on Clara’s dad’s food truck all summer long in Maurene Goo’s The Way You Make Me Feel.

Clara Shin is a troublemaker. She’s the type of student who throws tampons into a crowd when she’s announced as a nominee for prom queen. She’s snarky and selfish and only looks out for herself. But when a long-standing feud with an overachiever named Rose culminates in a small fire (at prom, no less) both girls are forced into working together all summer long—on Clara’s dad’s tiny food truck. In between learning how to (reluctantly) get along with Rose and dealing with her dad’s new girlfriend, Clara also finds herself slowly falling for the cute-but-nerdy Hamlet who works near one of the truck’s regular stops.

When I read Maurene Goo’s I Believe in a Thing Called Love last year I didn’t think any fictional parent-child relationship could top Desi and her dad’s. I was wrong. Clara and her father, Adrian, have hands down the sweetest dad-and-daughter relationship I’ve ever read in a YA novel. Clara’s parents were teens when she was born and her mother couldn’t really handle the stress, so she left her family to become a world-traveling social media influencer. Adrian is the one who puts his career on hold for his daughter, working hard to achieve his dream of opening a restaurant, all while keeping her (mostly) out of trouble. Clara doesn’t see how much he does for her—until hanging out with her mom makes her realize just how much her dad loves her.

Even though Clara and her dad are a delight, Clara won’t be every reader’s cup of tea. She can be ignorant and arrogant and it’s sometimes frustrating to watch her make mistakes. But I actually found her flawed and difficult personality to be refreshing—she’s not what you’d expect from a typical YA heroine. That being said, if you find it hard to sympathize with Clara, you’ll relate to one of the other characters. Rose might be a little high-strung but you start to understand why she acts the way she does and—as Clara learns—she ends up being pretty cool. And then there’s Hamlet. Think your classic boy-next-door type except he’s a nerdy Chinese guy who was literally named after a prince and spends most of his day waving a sign outside a coffee shop. Hamlet is also puppy-dog sweet and isn’t Clara’s type at all…but she’s into him. As their relationship develops readers will find themselves falling for him too.

At its core The Way You Make Me Feel is a love letter to Los Angeles that will make you want to jump on a plane and visit Sunset Boulevard. Above all it will make you hungry. Clara’s dad’s food truck, cleverly named KoBra, serves Korean-Brazilian fusion cuisine. If reading the food descriptions doesn’t make your stomach rumble with hunger you’re made of much stronger stuff than I am. Maurene Goo manages to distill summertime into a novel that also deals with female friendships and first love in a sweet, funny way.

In the end: Read it! Come for the delicious descriptions of food, stay for the enemies-to-besties story line and hot love interest.