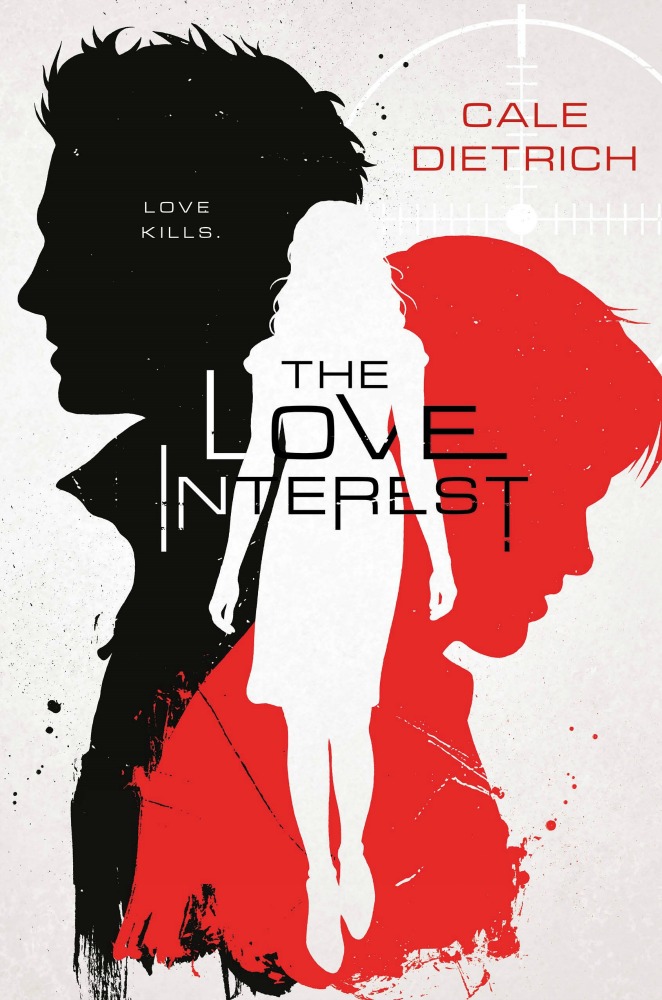 “Wouldn’t it be better to send us in when we’re a bit older? No one finds the love of their life while they’re a teenager.”
“You haven’t read any YA novels recently, have you?”

Basically: Caden is caught in a life-or-death love triangle with Juliet and Dylan but his feelings get a little complicated in Cale Dietrich’s The Love Interest.

Love Interests are trained from a young age to seduce people with great potential in order to later sell their secrets. Caden is a classically good looking Nice, sent out to win over a brilliant teenaged scientific prodigy, Juliet…who is also being wooed by a Bad, the dangerously handsome Dylan. The aim of the game is to get Juliet to pick between the Nice boy and the Bad boy; whoever loses will be eliminated. But while competing for Juliet’s attention, Caden and Dylan develop an illicit friendship themselves—until Caden realizes his feelings for Dylan might be a little stronger than casual affection.

Not to overhype this book too much, but this is exactly the type of story a lot of YA enthusiasts have been waiting for. Dietrich subverts numerous YA tropes—love triangles, nice guys vs bad boys, “special snowflake” girls—with the warmth and affection of a true YA fan. From the first chunk of the novel which describes Caden and Dylan’s transformations into Nice and Bad, respectively (Caden is even given a “crooked smile” to help him appeal to Juliet), we know we’re in for a clever new take on an old story.

It’s a refreshing change of pace for a YA novel to be so hyper-aware of the category’s tropes, and it makes the story super meta, but Dietrich still manages to make us swoon. We know from the very beginning that Caden will literally die if he doesn’t win Juliet’s affections, but our hearts couldn’t help beating a little bit faster as we watched his budding friendship with Dylan turn into something more. Eventually, the game takes a serious turn with everyone’s lives at stake, and—like any stereotypical YA heroine—we let out a breath we didn’t even know we were holding when we got to the whirlwind ending.

Dietrich’s writing is quirky and charming; for a debut novel, it has a strong voice, and loveable characters. The “spy” aspect is treated well—it’s not so complicated that it will eliminate readers who don’t normally like thrillers, but he’s clearly put some thought into how the Love Interest Compound operates. And it offers a commentary on how to make yourself the hero of your own story: from Caden admitting he’s gay, to overthrowing his predestined life (and Dylan’s) and breaking free of the restrictions set upon him by the Love Interest Compound.

In the end: Read it! It’s the stuff YA fans’ dreams are made from: clever, meta, and wonderfully swoon-worthy.