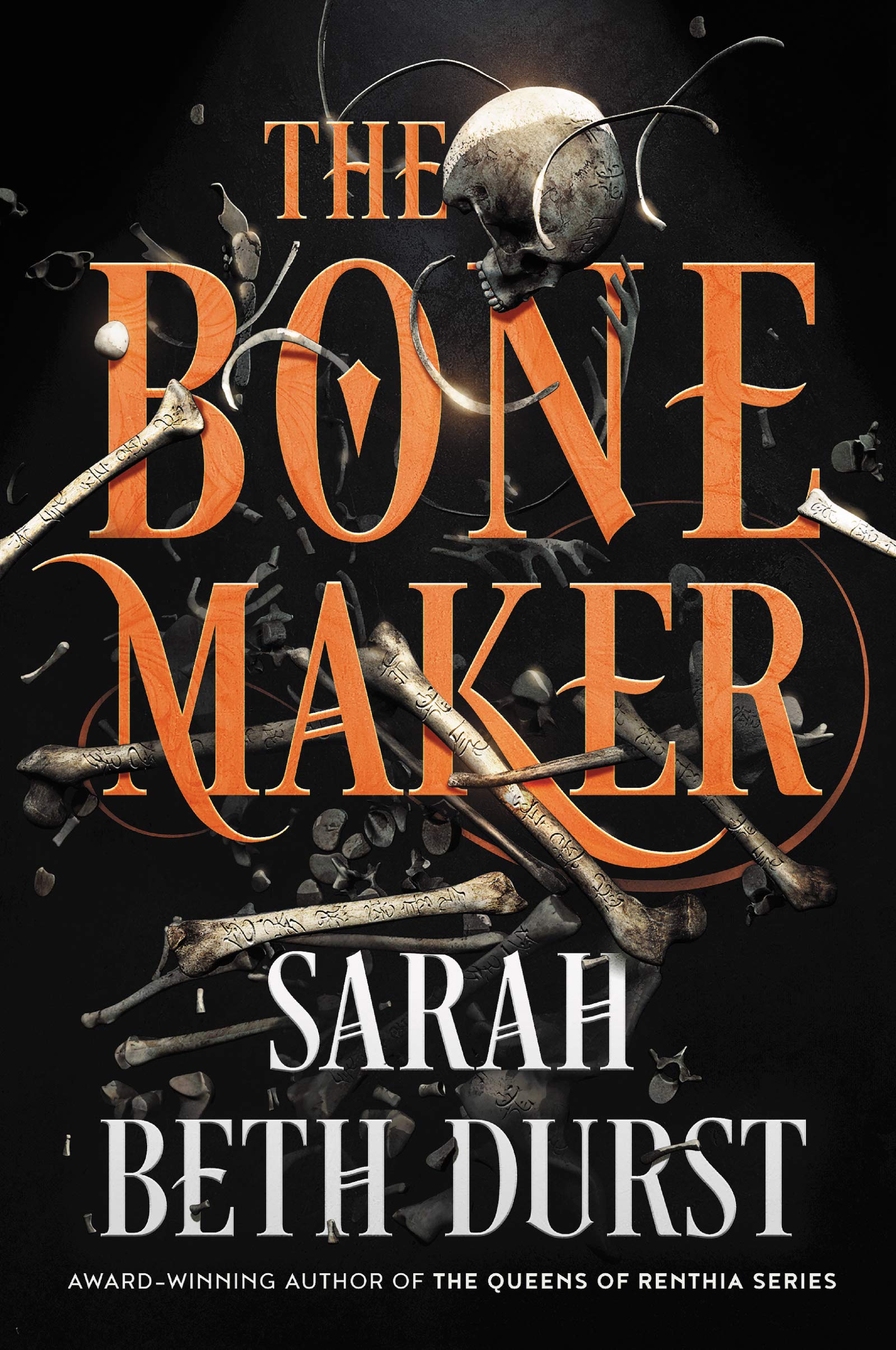 Welcome to the land of Vos, where bones hold magic and power, and people use those bones to enhance themselves, create constructs, and see the future. It’s also a land where an evil man, Master Elkor, once used that power to prevert life and nature into an unholy army… Granted, that was 25 years ago, before The Five defeated him and killed him, sacrificing one of their own in the process.

Now, The Five are scattered, and Kreya (the group’s leader) lives as a hermit, kept company only by the body of her dead husband/team member and a few constructs while she searches for a way to bring her husband back from the dead for good. Kreya is forced to seek out the other members of The Five to help her, and when they do they find much, much more than they bargained for. They realize winning a war once may not be enough to stop an evil that goes beyond death.

Sarah Beth Durst is an amazing author. She is, hands-down, my favorite current author—and The Bone Maker shows me why once again. Reaching past “happily ever after” she tells a story that goes beyond the great battle. Durst not only gives us a fresh new look into the stories we tell, she also gives us the opportunity to embrace the idea of heroes and warriors being more than just young and beautiful. Her characters are damaged from what they’ve done, hurting from memories none of them can leave behind, and are still worthy of the name: Hero. They are strong enough to defend that title too.

I’m not going to lie, this story was hard for me to get into. I started it more than once and felt so badly for Kreya that I stopped. She was desperate and unlikable but that is what makes her journey into battle again so moving. It was the writing that kept me coming back. SBD (as I call her in my head) delivers once again. I always like a story that gets me to the point where I am so invested in it that I stop and worry about the ending. I did that with this book—more than once!

In the End: Bear with the beginning and you’ll find yourself whisked away to a world worth visiting, filled with heroes worth admiring in all their imperfect glory.