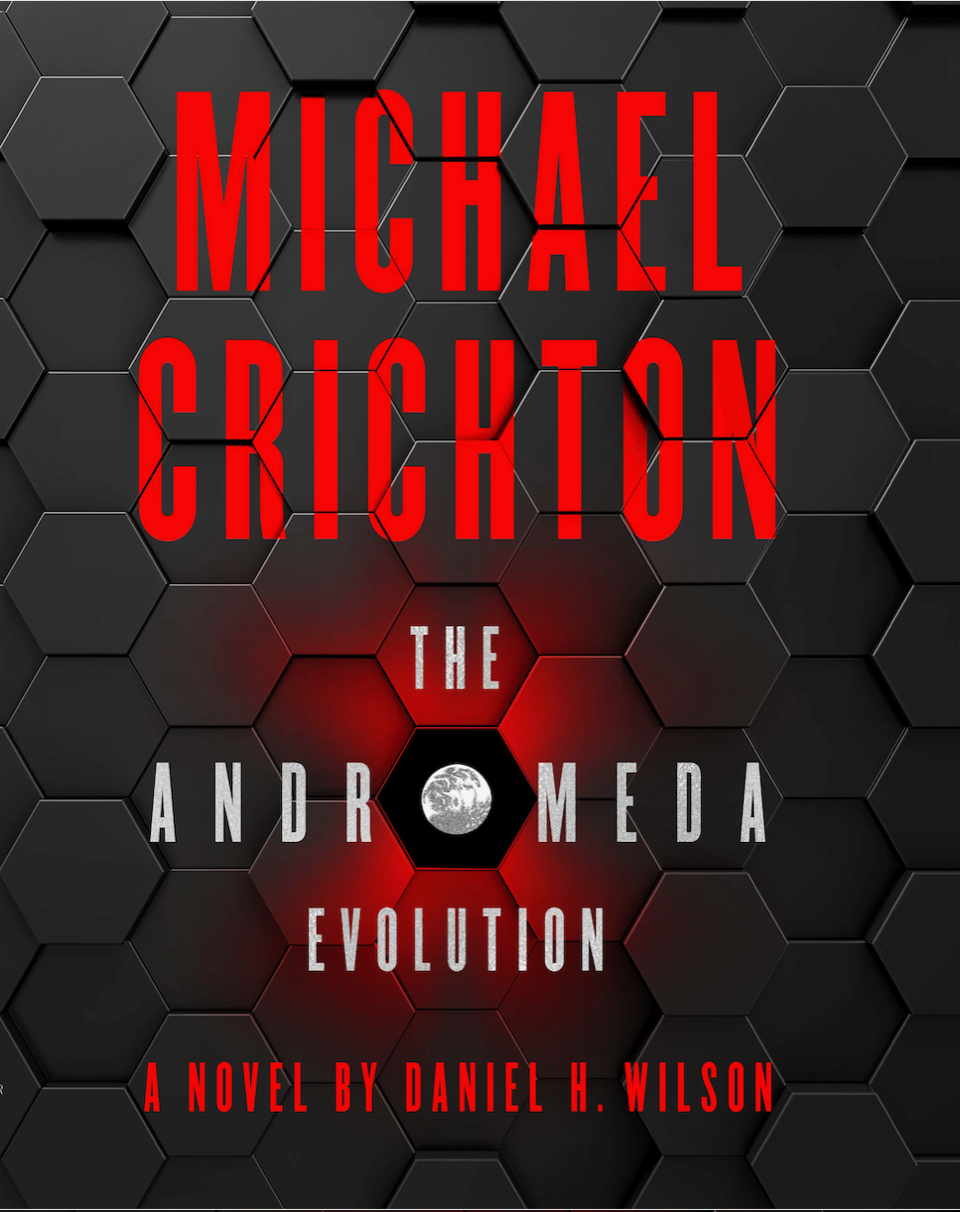 Fifty years after an alien microparticle obliterated a small Arizona town, triggering a crisis answered by a team of scientists in a secret underground lab, the world has started to forget about the Andromeda particle. But now, it’s back.

Michael Crichton’s The Andromeda Evolution by Daniel H. Wilson (Harper, Nov 2019) offers an after-action report on the second major crisis involving the alien Andromeda particle. Much like World War Z by Max Brooks, this novel recreates critical moments, decisions good and bad, actions heroic and cowardly, as the particle is introduced to the Amazon rainforest with devastating consequences. A massive black anomaly grows almost overnight, prompting the U.S. military to scramble an all-new Project Wildfire to investigate, even as a scientist on the International Space Station keeps watch from orbit.

Among the ground team is roboticist John Stone, son of Wildfire’s original leader Jeremy Stone. His place on the team angers Dr. Nidhi Vedala, a nanotechnology expert and team lead, who thinks he’s just a mostly-useless legacy. The team also includes soldier/scientist Peng Wu of China, whose nation’s research efforts may have triggered this crisis, and Harold Odhiambo, their lead field scientist, as well as a surprising fifth addition who comes later. Making their way into unknown territory, the small team of scientists must face hostile natives (who have already been exposed to Andromeda) before reaching the mysterious anomaly itself. But even if they survive their trek through dangerous ground, they may not be prepared for what they’ll have to do to save the human race.

In a story that runs from the Amazon rainforest to Earth orbit and beyond, it soon becomes clear that Andromeda is far more than anyone has suspected—and its impact might just make past extinction events look like a mild housecleaning.

Using a dry, clinical voice, Wilson masterfully underplays the tension and suspense that he builds with each successive chapter. In Crichton’s hands, Andromeda was an accidental tourist; in Wilson’s it is far more. Wilson takes Crichton’s premise to the next level, what might have been a run-of-the-mill retread of a fifty-year old novel becomes a compelling sci-thriller in its own right, one that would make the original author proud.

In the End: If you know of The Andromeda Strain from the book or the movie, this is certainly the book for you. And if you haven’t been exposed yet, do yourself a favor and settle in with both books. It makes for some powerful reading.