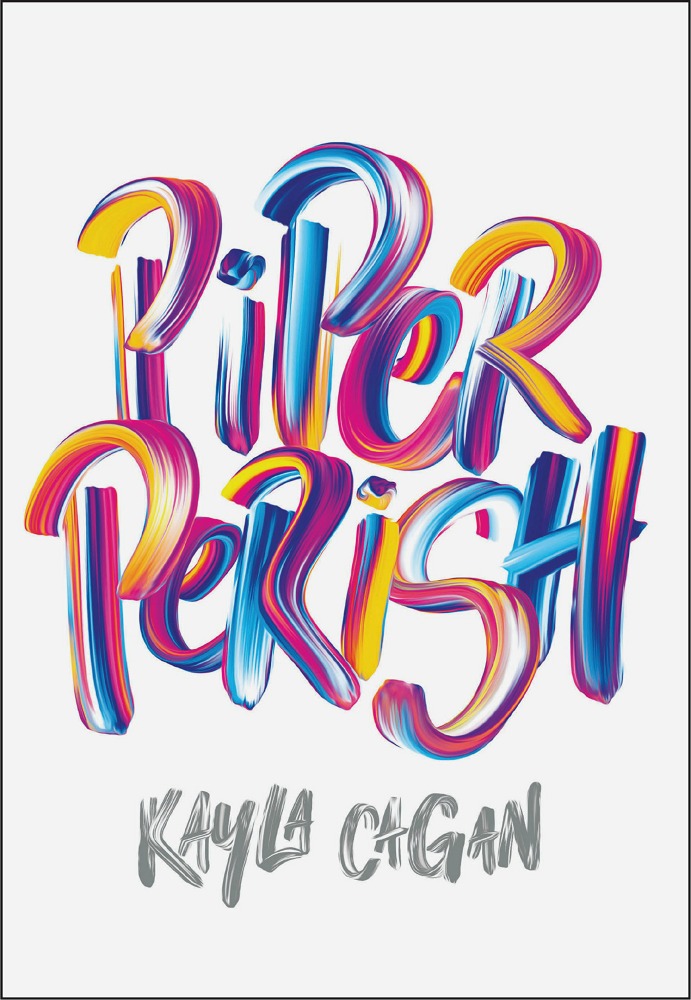 “Failure from trying…can be so much more interesting than success. Don’t you think? Failure is where we learn. What would we lean if everybody got everything right the first time?”

Basically: Piper Perish is a Texan teen who dreams of going to art school in NYC and living a life Andy Warhol would be proud of in Kayla Cagan’s debut YA novel.

Talented art student Piper models her outlook on life on her idol, Andy Warhol. She looks to him for inspiration as she and her best friend Kit finish up their senior year art project and wish for an acceptance to the New York School of Fine and Applied Arts. Told through diary entries spanning a school year, Cagan explores the ups and downs of Piper’s final year of high school; whether it’s figuring out her feelings for her ex-boyfriend who just revealed he’s gay or dealing with her awful, attention-seeking older sister. No one ever said an artist’s life is easy.

Piper Perish is hard to review. On the one hand, her angst-ridden diary entries exude palpable emotions that many teens can relate to. She struggles with the stress of applying to university, and what to do if she gets in. She agonizes over not having enough money to pay for school and the very real possibility that she’ll have to put her dreams on hold until she can afford them. And she worries that she was the one to “turn” her boyfriend gay because she cut her hair to look more like Andy Warhol. Her diary entries waffle between self-confidence and self-loathing; one minute, she’s ecstatic, the next minute, she’s overcome with anxiety. Piper is all of us when faced with making a decision that could change our lives: equal parts hopeful and terrified for what the future might hold.

On the other hand, despite the scope and intensity of her feelings, Piper is a flat character. Actually, all of the characters are flat: they each have one or two personality traits or quirks, but none of them feel fully fleshed out. Piper likes Andy Warhol and painting; Kit is fashionable and tech-savvy; Enzo is gay but maybe he isn’t just gay. We should note, however, that the word “bisexual” is never used or hinted at, even when Enzo, months after coming out, is still expressing interest in Piper. The only character with depth is Piper’s troubled older sister Marli—there’s a vague reference to mental illness, but neither Piper nor her parents make the effort to get Marli any sort of help or even a diagnosis, chalking her erratic behavior up to a “spirited” personality lacking a creative outlet.

There’s also the problem of plot. Piper leads an eventful life, but her issues feel like a checklist of Things to Include in a Teen Book/Movie Written by an Adult: teen pregnancy, a gay boyfriend, an eclectic art teacher (who, by the way, is the best character in the book), a fling with a college-aged guy, and an email buddy who is probably going to end up falling head over heels for our heroine before they even meet in real life. For all its flaws, though, it’s a weirdly compelling read: I ended up finishing it in a day because I wanted to see how it ended (it was just as dramatic as I suspected it would be).

In the end: Get the cliffnotes. While younger YA readers may appreciate Piper’s angst, anyone over the age of eighteen will find her more frustrating than charming.