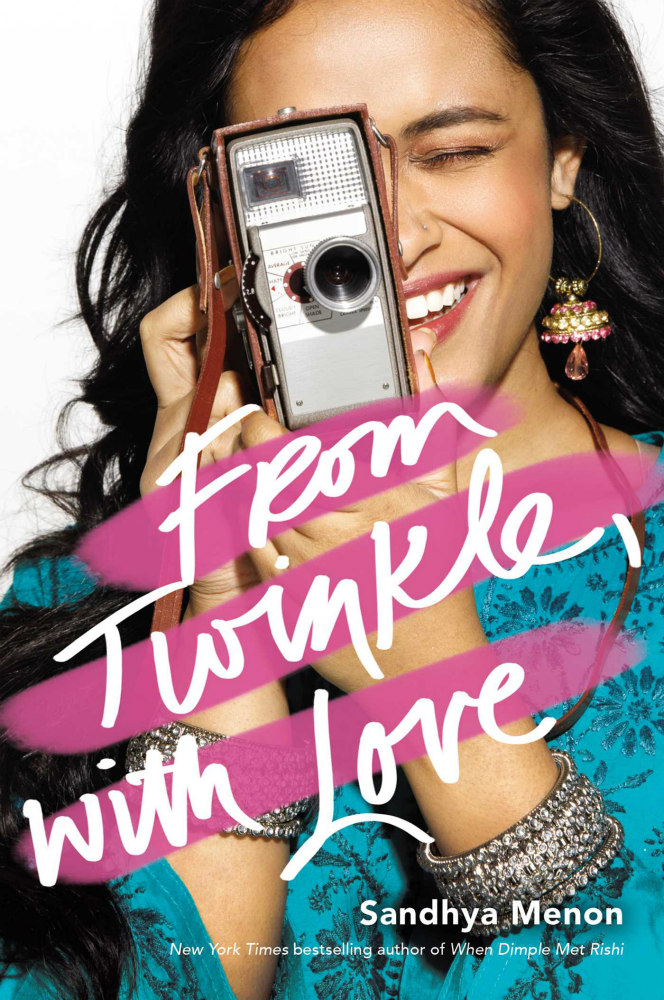 From Twinkle, With Love

I wanted people to see me, to like me for who I was and what I had to offer. I wanted to use my talent to transform people’s lives and how they saw the world.

Basically: Twinkle dreams of being a filmmaker and the girlfriend of the popular Neil Roy, but Neil’s twin brother Sahil might just change her mind in Sandhya Menon’s From Twinkle, with Love.

Twinkle Mehra has always dreamed of being a filmmaker, even though her parents want her to go after a more lucrative profession. Twinkle vents her feelings by writing imaginary letters to her heroes—movie-making women like Ava DuVernay, Sofia Coppola, and Nora Ephron among others. These women also serve as a sounding board for everything going on in Twinkle’s life, especially her crush on the extremely popular jock Neil Roy. But while she’s hung up on the idea of being Neil’s girlfriend, Twinkle finds herself becoming good friends with his nerdy twin brother Sahil. When Sahil offers to help her make a short film to enter in the school-wide talent show Twinkle realizes that maybe Neil isn’t the one she really likes…except now she’s getting emails from a secret admirer whose signature is “N”.

Last year, Sandhya Menon’s delightful debut When Dimple Met Rishi blew up across the young adult literary scene. It was cute, funny, and smart—and it starred two people of color. People wondered how Menon could possibly top it. Well, I can assure you that if you liked Dimple you’ll love Twinkle.

Twinkle is a girl who knows what she wants. Her parents disapprove of her ambitions and her best friend might be replacing her but she’s determined to use her school talent show to prove she can be a filmmaker. One of the main reasons she’s so persistent is she wants other people—especially other girls—to recognize that they are capable of anything if they put their minds to it, regardless of skin color. Despite her good intentions, Twinkle is just as flawed as any teenager and even momentarily flirts with the dark side—at one point she considers using her filmmaking abilities to embarrass some of the more popular kids in school.

In between all the serious stuff about breaking the glass ceiling and proving yourself, Menon also provides us with an utterly adorable romance. Sahil is such a sweet guy. He’s had a crush on Twinkle for years and now he has a chance to woo her as they work together on her film. Twinkle doesn’t set out to fall in love with Sahil, especially since she has a crush on his brother, but when she starts paying attention you can’t help but root for them as a couple. They’re both super awkward which makes their relationship even cuter, but they’re not afraid to call each other out. The most frustrating part of the book is how long it takes Twinkle to realize that Sahil is the perfect guy for her.

As she did with When Dimple Met Rishi, Menon introduces readers to the Desi culture without making it heavy-handed or forced. From the food Twinkle snacks on to her Dadi’s (paternal grandmother) superstitious nature to Twinkle’s mother’s homesickness, Menon gives us a glimpse at what it’s like to grow up in an Indian household and how it shapes Twinkle into the woman she will eventually become.

In the end: Read it! Both characters are—as Menon would say—“adorkable” and it’s impossible not to smile as you read their fumbling attempts to make their budding relationship work.