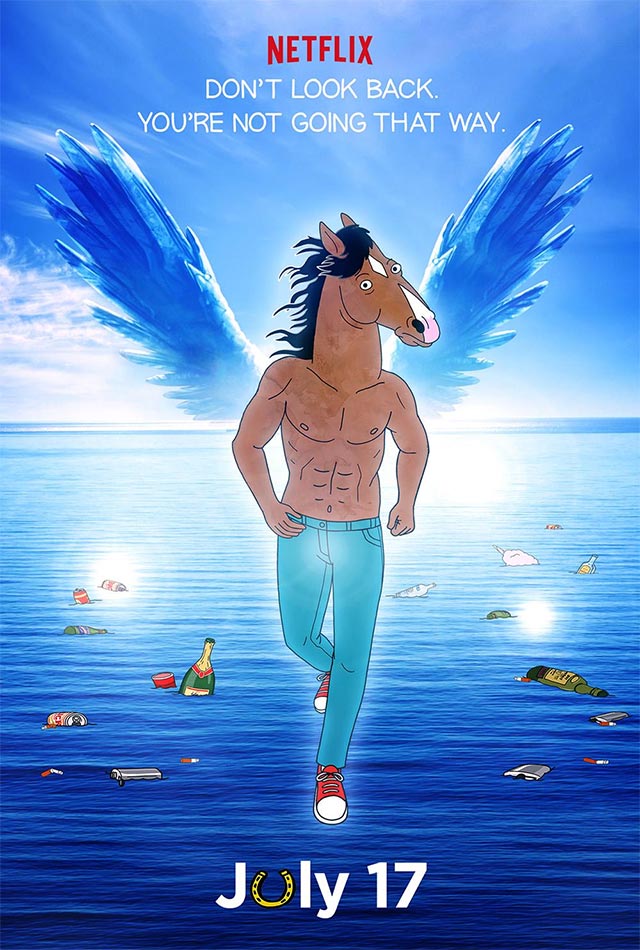 Basically: BoJack Horseman finally has a chance to make a name for himself, beyond his washed-up B-list status, but the reality of celebrity takes its toll.

If someone told me a year ago that I’d find myself emotionally attached to a talking middle-aged horse in a suit jacket trying to revive his washed-up acting career with the help of his manager (who happens to be a bright pink talking cat), I would have never believed it. But then I met BoJack, an icon-sized brown horse with a fluffy black mane and a white spot on his nose, tucked into the bottom corner of the “Recommended For You” section of my Netflix dashboard.

I skimmed over BoJack Horseman dozens of times, writing it off as Netflix’s attempt at another shitty adult cartoon fit for Adult Swim, but I couldn’t have been more wrong. The show takes you through the mid-life crisis of BoJack Horseman, the former star of the 90s sitcom Horsin’ Around. Embedded within his self-deprecating jokes and the show’s absurdist humor are poignant and recurring commentaries on depression, denial, emotional abuse, addiction, death, and the consequences of fame.

I fell in love with this show even more as I worked my way through the second season, where BoJack is suddenly thrust back into the limelight. Viewers look deeper into BoJack’s past, and get a glimpse into what very well may be his first taste of romantic love.

Not to mention, BoJack’s friend Diane is a total feminist badass who defies social norms and “feminine” stereotypes, stands up to her husband, and pursues her dreams, all without falling into the stereotype that a “strong” female character has to be “one of the boys.”

A couple potential areas for improvement are the general heteronormativity of the show and the whitewashing of its few human characters, but regardless of the show’s imperfections, there’s no doubt that BoJack Horseman is starting conversations unprecedented in adult animated comedy.

In the end: The first few episodes of the first season are a little slow and packed with initial character development, but I promise that once it picks up, this will be your new favorite show to binge-watch.