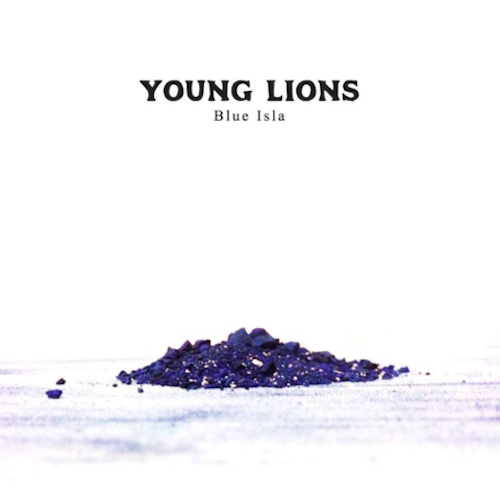 “What a beautiful normal, this is right.”

Maybe it’s because they’re from Australia where it’s currently the middle of summer, but the sophomore album from Young Lions is meant to be listened to with the sun in your eyes and a warm breeze blowing through your hair. The band hit the ground running since their formation and debut release Burn in 2013, with Blue Isla following hot on its heels, and not a moment too soon. The new record being completely crowd-funded should give you some indication of the faith of their fans, and listeners old and new alike won’t be let down. Blue Isla is a new voice for the young, a taste of freedom, and a bright spark of energy.

The only word for the opening track and single “When Will We Be Free” is huge. It could easily be a 30 Seconds To Mars track, only–dare we say it–bigger. The contrast between slow, quiet verses, and explosive choruses packed full of “oh-woahs” is intense, and so completely immersive you can almost hear an entire stadium singing along already. Just by asking “When will we be free?” we’re given the answer–the moment you’ll feel free is when this song is playing and you can let go of everything for a few minutes. This sets the album up perfectly: Blue Isla is packed full of anthems with a sound far bigger than a band of their years. Here’s to hoping it gets the recognition it deserves, because having an album like this as a young band is like keeping lightning in a bottle–it’s only a matter of time before they explode and become a phenomenon, and that’s something no one should miss.

This album is definitely one of growth–you can hear the marked improvement from their debut album, but you can also hear the band’s search for their voice, while keeping a tight hold of their sound. “I Know I” is immediately irresistible, fading in with a run of sharp riffs and an unusual drumbeat. This really showcases Zach Britt’s impressive voice, but it’s the gang vocals backing him up that will really sweep you off your feet. A song about a long-distance relationship, it belongs as a soundtrack for that one really epic scene in a movie where the guy finally gets the girl. The light guitar patterns and uplifting synths that pepper the bridge top it all off, and set it apart as one of the most honest, heartfelt love songs in an industry saturated by them.

“Keep Learning” is slower and more deliberate. Beginning with just Britt and a staccato acoustic guitar, the other instruments come in one by one, highlighting their simplicity as independent objects and how well the composition has been put together. This has an important place on the album for anyone going through a hard time, telling you “it gets better”. Britt is later joined by a female voice that floats over the building guttural riffs, coming to a crescendo of brilliant color, with the two singers in perfect harmony. There’s so much emotion you’ll truly believe the message of “Keep Learning,” lifting you up while pulling at your heartstrings. This album is definitely one that will get your heart racing from the massive highs right down to the impassioned lows.

idobi’s music director Matt Vogel introduced idobi listeners to Young Lions, calling them “a new band that I’m really, truly, honestly excited about.” And I couldn’t agree with him more–Blue Isla is the first record that’s got me really stoked about a new band in a long time, and I can’t wait to support the band on their journey into the big leagues this year.

Buy it, skip it, or stream it: Please, please support this band. Buy it.