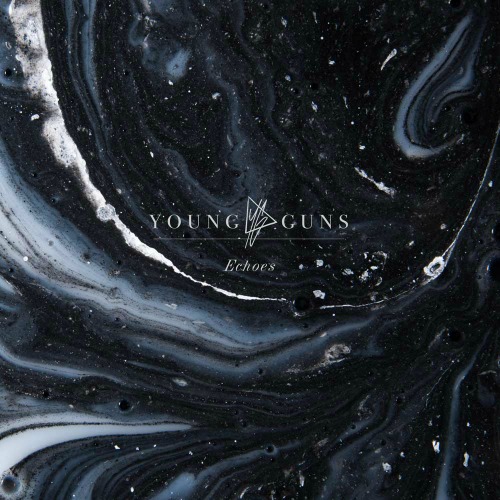 Exist in your own moment not theirs

Barely a year after their last release and having parted ways with an original member (drummer Ben Jolliffe), English band Young Guns is back with Echoes, an album that will reverberate in your ears for a long time.

It was actually hard for me to review this release because I loved nearly every part of it. Opening track “Bulletproof” features a defiant refrain of “I can’t believe I ever loved you”, exactly what you need to scream out when you realize just how much time you’ve wasted on someone, whether it’s a friend or a failed relationship. From there, Echoes solidifies its status as the alternative rock album you wanted but didn’t know you needed. “Mad World” in particular is a prime example of Young Guns’ sound: with pulsing guitars, clapping, and an aggressive chorus, you’ll soon be thrashing around the room. Singer Gustav Wood really pushes his vocals on this offering and it shows: whether he’s bleeding raw emotion on “Paradise” or spitting “too much of heaven can hurt like hell” on “Careful What You Wish For”, you can feel the passion behind his words. Replacement drummer Chris Kamrada fits seamlessly into their sound; there’s no awkwardness that often comes from having a new member. And if you’re worried that shaking up the lineup will change their live show, I can assure you, having seen them at Warped this summer, that they (and these new songs) are just as fantastic as you’d expect.

The first half of the album is full of loud stadium-ready tunes, while the second half is more likely to be played at an intimate acoustic show, with more of the poppy influence the band first started exploring on their last release, Ones and Zeroes. And it all somehow works together, leaving you to wonder how long it will take before the band gets the recognition they deserve.

Stream it, Skip it, or Buy it? Buy it! Young Guns have proved over and over that they’re worthy to play arenas and it’s only a matter of time before they take over the (alternative rock) world.