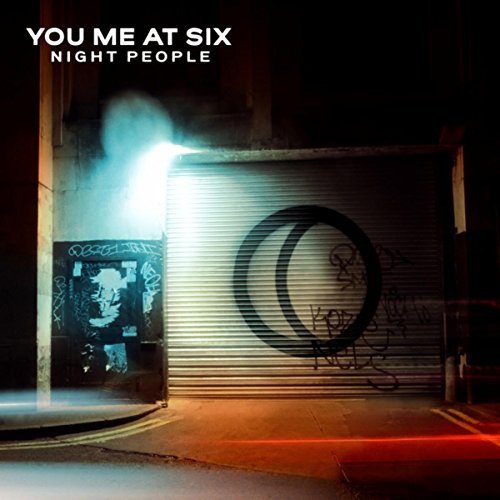 “Just say the word, we’ll take on the world”

Considering I wrote a love letter to You Me At Six a few months ago, maybe you’re a little worried that this review of their latest release, Night People, will be biased. But since I didn’t love their previous album, Cavalier Youth (sorry, YMAS), I pressed play on this one with a small amount of trepidation.

I shouldn’t have worried.

Cavalier Youth let me down because it veered toward standard alternative rock, but Night People is more sophisticated, combining sounds from across their ten years in the industry. This time around, they have five years of touring experience and a plethora of musical influences under their belts, and their growth—as humans and musicians—shows. The eponymous opening track was the first taste I had of the album back in August, and it’s a strong introduction to this new era of You Me At Six: it’s a song that makes you want to dance (when has that ever been said about a YMAS song before?), and man, does it get stuck in your head.

From there, the rest of the album continues on a high: the emotional “Take on the World” feels like the perfect combination of Sinners ballad “Crash” and most of Cavalier Youth, while the latter half of the album is chock-full of heavier songs like “Swear” and “Spell It Out”, both of them featuring pulsing bass lines from Matt Barnes. Each band member has his chance to shine—the guitar riffs from Max Helyer and Chris Miller on “Make Your Move”, for example, or Dan Flint’s drums in “Plus One”—while Josh Franceschi’s vocals are sharper than ever before.

Night People is not a perfect album—I keep forgetting what “Can’t Hold Back” sounds like—but it feels like a fresh start for a band that’s been around for a decade.

Buy it, Stream it, or Skip it: Buy it! This life is a battleground and You Me At Six provides an excellent soundtrack.