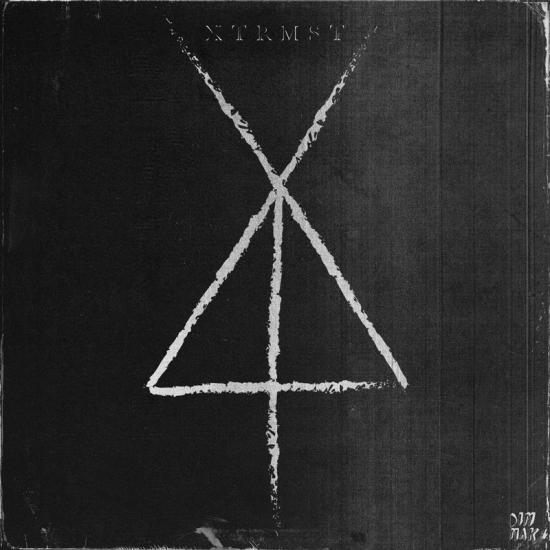 “I am the true rebellion.”

Davey Havok and Jade Puget are no strangers to our playlists. Their renowned rock band, AFI, has been making waves from the moment of their inception in 1998. Now, Havok and Puget have embarked on an adventure of their own, and with a little help from Steve Aoki’s label Dim Mak, they’ve crafted a straight-edge hardcore group, appropriately titled XTRMST.

You’ll enter the battlefield that is the band’s first release with “Words For The Unwanted,” a fair warning to what lies ahead. Sounding like fifty songs in one, there isn’t a trace of cohesion in the entire length of the track. The vocals have a hint of terror, and the backing instruments are ferocious enough to be the cause.

Take a seat, and listen up, because “Merciless” is prepped and ready to take you hostage if you put up a fight. With quick vocals that are pure anger at the forefront, the song slips from hair band guitar to a progressive rock flair to backing vocals that throw it straight into post- hardcore territory. Of course, the madness in its quick changes ensures it doesn’t lose its straight edge markings.

From there, you’re introduced to the album’s most impressive track. “Sharper” channels grunge throughout its notes. Add in a wailing guitar straight out of the neon decade that transforms into an interesting arrangement almost resembling a warning siren, and you’re left to wonder if this could be classified as progressive grunge.

Some songs are instantly obvious as ones that will be great live, and “Humanity” is one of them. The vocal delivery takes things into punk rock territory, and the energy never fades throughout its notes. High tension and stress rise as the instruments form into one loud entity, and by the end of the song, you’ll find yourself more than a little exhausted.

Intentions were set for XTRMST’s self titled debut to be “chaos” by Havok himself. There’s no question that the goal that was accomplished 110%. There isn’t a single moment of the album that doesn’t push the envelope, reimagining what hardcore, straight edge and music as a whole can be. The amount of innovation displayed doesn’t come without a downside, leaving some moments of the album difficult to comprehend. Still, with this collection, XTRMST have set a sturdy foundation–one that has the potential to support a remarkable career.

Buy It, Skip It, Stream It: Stream it when you’re in the mood for havoc.