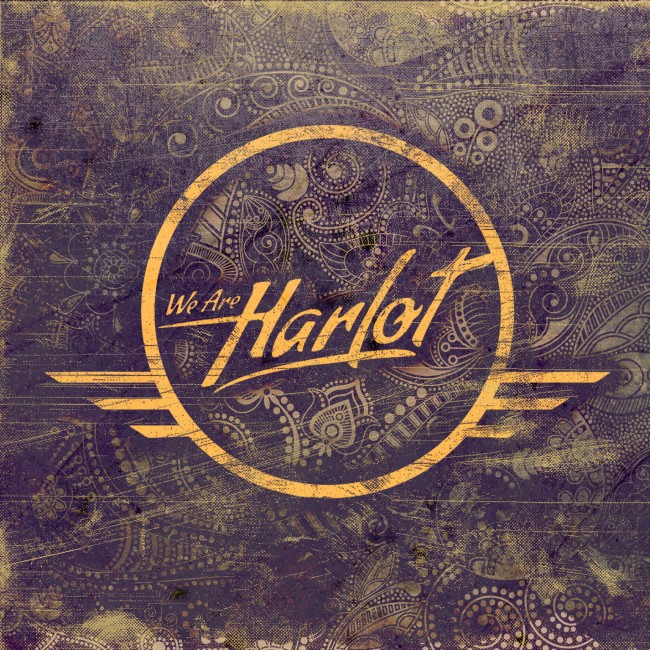 “I’ve waited for so long and I won’t wait one minute more to have you by my side.”

Forget everything you know about Danny Worsnop. Within the first ten seconds of “Dancing on Nails,” the first track from We Are Harlot’s self-titled debut album, there’s little to no evidence that this is the same guy who used to front Asking Alexandria as recently as a few months ago.

We Are Harlot are doing for classic rock what The Maine are doing for pop rock: bringing the genre back to its roots while simultaneously not allowing themselves to be contained to just one style. It’s rock ‘n’ roll meets 80s hair metal with a dose of alternative country rock, and if this had been released at the same time as Aerosmith and Motley Crue, it would have blended into the collective classic rock subconscious and probably been underappreciated.

But in 2015, it’s in your face and impossible to ignore. It’s nostalgic, drawing inspiration from sounds you may have heard in your formative years. It’s ambitious, throwing caution to the wind and making an 80s album 25 years late. It’s noisy and addictive and sometimes sexy, the perfect soundtrack to headbanging and wailing along to jammers like “Dirty Little Thing.”

“Denial,” one of the first songs the band released, is reminiscent of Bon Jovi’s “Wanted Dead or Alive” (in a good way)… right up until Worsnop starts screaming. I could play “Easier to Leave” for my Springsteen-loving dad and he’d probably appreciate it for what it is—a powerful chorus enveloped in stomping drums and a piano part that sounds like it was pulled straight out of a Lynyrd Skynyrd song. We Are Harlot stand out in our mostly poppy world for that exact reason—the mix of genres, the relatively old (guitarist Jeff George, formerly of Sebastian Bach) with the relatively new (Worsnop, alternating between his distinctive growl and more melodic vocals).

The last track, “I Tried” doesn’t even sound like it’s from this decade, nevermind that it was penned by the guy who screamed throughout Asking Alexandria’s debut single almost six years ago, “The Final Episode (Let’s Change the Channel).” I’m only a casual AA fan, but, even though Worsnop still sometimes howls his way through a chorus, it’s impossible to miss how much he’s changed. We Are Harlot are where Worsnop belongs and he’s taking his listeners along for the ride.

Buy It, Stream It, or Skip It? Buy it for the next time you’re roadtripping down to Paradise City (or any city of your choice).