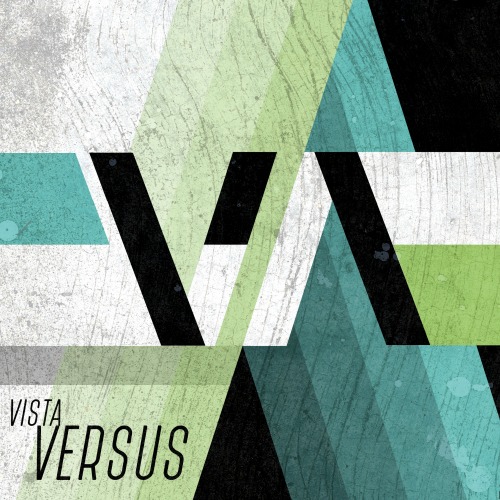 “We are something in sync, a force, we’re on the brink, built up for more”

It can be hard to make a lasting impression with only twelve minutes of music, but the four songs on VISTA’s debut EP VERSUS are tight–both in the traditional sense of “well put together” and the colloquial definition of “cool”. While it’s pretty much inevitable that people will compare every new female-fronted band to PVRIS, in the case of VISTA, the comparison is accurate and well deserved: their songs are just as passionate and hard-hitting as those by Lynn Gunn and Co, combining energetic instrumentation and enthusiastic lyrics to deliver their self-described “anthemic alternative rock”.

The lead single, “On the Brink”–the first song written by singer Hope Vista and drummer Wolf Reiter–has an addictive beat made to be blasted through the speakers of a small venue, and flows flawlessly into the foot-stomping closing track, “I Hope You Understand”. As a whole, the songs sound like they could have been recorded by already established artists; part of this is due to their frontwoman’s decade-long career as a solo artist, but it’s also proof of the band’s raw talent.

With only four songs, VERSUS is just a taste of what VISTA is capable of, and I’m looking forward to following them for the rest of their sure-to-be lengthy career.

Buy it, Stream it, or Skip it? Buy it. VISTA is on the brink of making a name for themselves, and you’ll want to support them from the beginning.