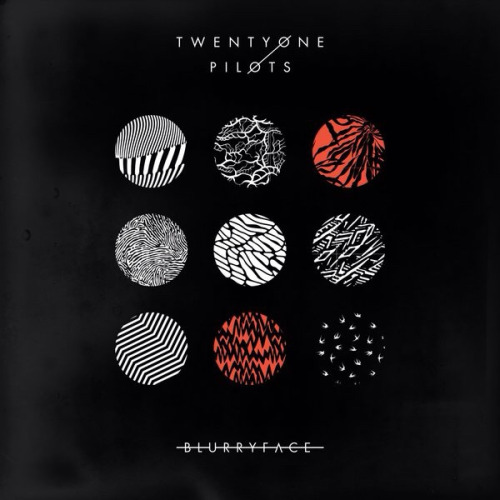 “They think this thing is a highway, but will they be alive tomorrow?”

From the whisper of the word Vessel we’ve all been in an uproar, dying to know more, learn more, and most importantly hear more from twenty one pilots. With sky-high expectations set forward by a legion of fans and critics alike, Ohio-bred duo Tyler Joseph and Josh Dun had an impossible mission on their hands with Blurryface. After one of the most interesting album campaigns I’ve seen, bringing back mystery, fervor and hand built hype, they’ve unleashed the fourteen song collection… and it’s everything you wanted it to be.

Wasting no time, opening track, “heavydirtysoul” and its ominous intro break into whiplash rapping, but just as quickly transforms into the undeniable hook of the chorus. The speed of the song switches rapidly but seamlessly, and will have you wondering if it’s electronic, pop, or an eclectic spin on hip hop. The answer, and this band’s genre, probably lies somewhere between the three.

The album does not let up until things come to a screeching halt with a new rendition of “Goner.” The lyrics are delivered more quickly than in the original version, but they pull at your heart strings in the same way. With a quick shift to screaming vocals, this song breaks into the most intense offering on Blurryface. It gets swept up in a dramatic, emotional flare, and never slows back down until the final few seconds.

You will come out of Blurryface a little shaken up with your view of music and the world overall a little bit shifted. But ultimately, what you will feel is satisfaction. This is a duo who has never adhered to genres, guidelines, or outside guidance, and it looks like things will continue to be that way.

Buy It, Stream It, or Skip It? twenty one pilots are making some of the most real music out today, and that’s something worth buying.