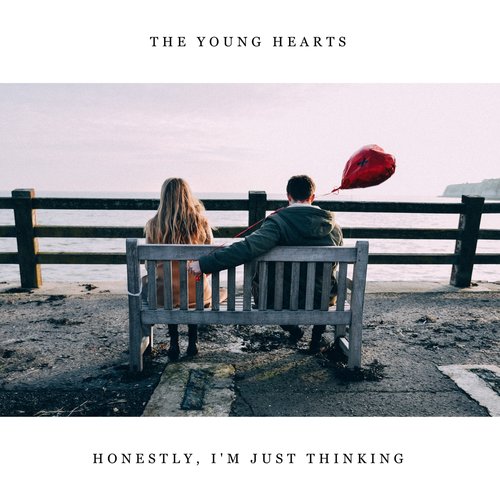 Please don’t tell me that you feel the same, ‘cause I don’t feel the way I used to.

If there’s one thing I’m a sucker for, it’s UK-based rock music. Which is why The Young Hearts, an upcoming band from Kent, England, has completely charmed me with their latest EP, Honestly, I’m Just Thinking.

Though it’s only four songs long, Honestly has everything I look for in an album: a ballad (the closer, “October”), a song to get me jumping around (“Smoke”), an emo anthem (opening track “Bloom”), and a melancholy but relatable jam (“Medicine”). It’s not a happy album, per se—prior to recording, the band members all suffered personal tragedies which heavily influenced the EP’s themes of nostalgia, loss, and pain—but there’s something about their obvious sadness that touches your heart.  Vocalist Craig Lawrence’s soothing tones make the lyrics the focal point, while the rest of the band—Aaron Jackson (guitar), Stew Thorpe (bass), and Andrew James Pepin (drums)—provide a solid framework that’s part pop-punk, part alternative-rock, and all passion and precision. Each song has a short outro that lets the instruments take center stage, giving you a chance to appreciate the steady percussion and simple but effective guitars.

The Young Hearts remind me a lot of other bands I adore: Deaf Havana and Mallory Knox immediately spring to mind. And like those bands, they have the kind of talent and enthusiasm that leads me to believe they’ll be around for a long time.

Buy it, Stream it, or Skip it? Buy it! Despite only releasing two EPs so far, The Young Hearts sound as polished as bands that have been around a lot longer, and I’m looking forward to watching them get bigger and better.