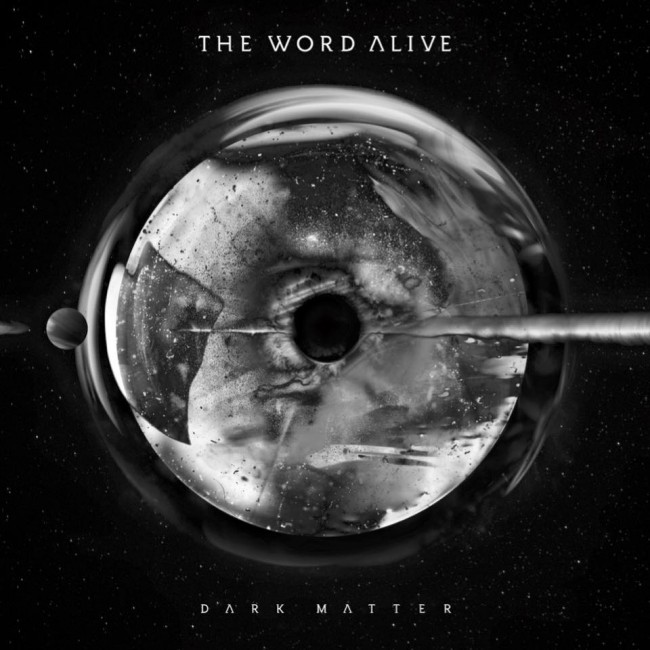 Riffy, grungy, raw, genuine; these are only some of the words that come to mind when trying to describe The Word Alive’s fourth studio album, Dark Matter. But they fail to do justice to what may very well be their strongest release to date.

True to its name, Dark Matter is a harrowing look at one’s inner turmoil. Lyrically the record is of the highest caliber, fraught with debilitating feelings of anger and pain that lead singer Telle Smith emotionally bares with a refreshing, gut-wrenching honesty that is tangible and relatable.

And even at its most despondent moments, the idea remains plausible that after the struggle to crawl out of these dark places there’s a glimmer of hope that is never totally lost. This can be heard in “Made This Way” as Smith relays, “And I found my place/In the empty spaces where my demons lay/No I don’t believe that we as humans were meant to be afraid.”

For long-term fans changes will be apparent, but at no point are they jarring. Dark Matter is not so much a transition but a progression for the five-some, who have gradually explored aspects such as the use of more clean vocals in the past. The growth feels natural rather than forced, and the bleak themes allow progressive-rock influences (as displayed on the aptly named, 90s inspired “Grunge”) and heavier tracks to flow and form a cohesive, strong album.

That isn’t to say early fans will be disappointed. The title track “Dark Matter” is a heavy, hard-hitter boasting an unrelenting breakdown (it makes a great song to run to), while “Sellout” flaunts Smith’s screams paired with Holland’s noteworthy rapid-fire drumming.

With its diverse influences and expanding sound, Dark Matter is an irresistible release you don’t want to miss. You’ll be playing it on repeat for months, and you won’t even mind.

Buy It, Stream It, or Skip It?:  Buy It. To truly get the feel of the album, you’ll want to hear it from start to finish.