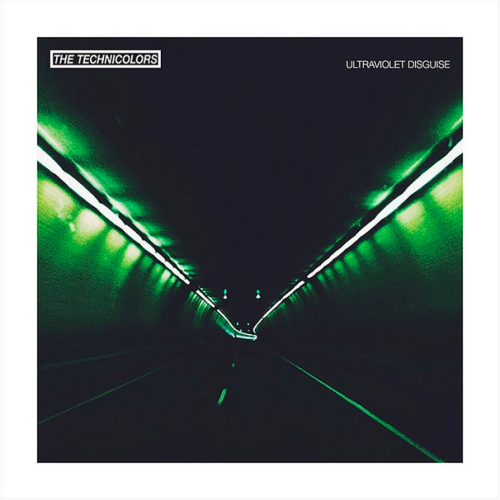 The Technicolors, the newest addition to the 8123 label (The Maine, Lydia, Nick Santino), released their second EP Ultraviolet Disguise last week, and it’s wonderfully refreshing. The EP follows their latest effort Please Don’t Say You Told Me So, which was produced by Pat Kirch from The Maine, but this time, the band went back into the 8123 studios with Alex and Sean Silverman. Having a modern take on an extremely classic rock sound, the 8123 vibe definitely works with the band’s sound, and it’s almost impossible not to become addicted to lead vocalist Brennan Smiley’s haunting Beatles sounding voice. It’s almost as if you’re being transported back to the 1960s, if the 60s had modern synth and recording capabilities.

There isn’t a song on the EP that strays from this classic rock with a modern twist take. It’s a fully developed piece of artwork that truly does tell a story. The three consistently upbeat songs to set you in a rock ‘n’ roll mood are only matched by the gradual slowing down of “Feels Like Trouble” and “This Time Around.” Admittedly, the best song is the opening track “I’ll Love You Someday.” It immediately takes you back to your parents saying “now this is rock music” while blasting the Stones and the Beatles, while still giving you that feeling that you have some punk credit left. Lyrically the EP keeps strong modern punk ideals. Smiley could easily sing about anything and make it sound like he belonged on stage with Bob Dylan at some point.

This is one of those EPs that make you overly hungry for a full-length release from such a dynamic band. There is no break in the flow, nor is there one song that you would have wanted to see what else they had recorded to put on the record. From start to finish, the album modernizes rock ‘n’ roll without losing it’s message or sound.

Skip It/Stream It/Buy It: Be a part of the new wave of rock. Definitely buy it.