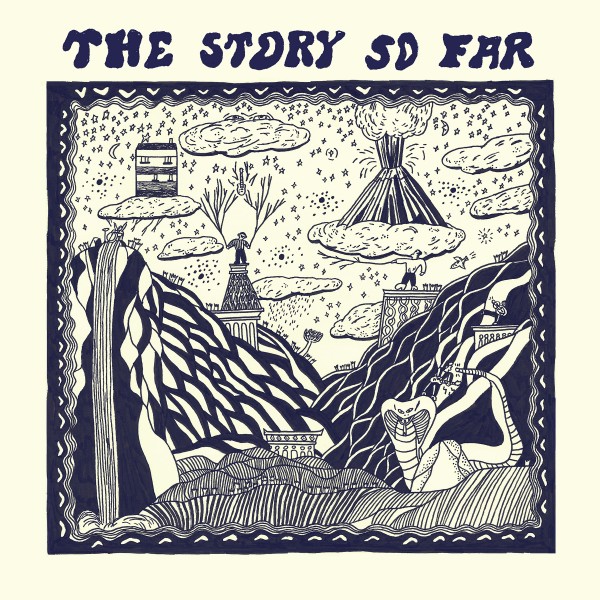 “Man it’s so personal, yet it’s business. I want it to hit so close to home”

I tend to take a band’s self-titled album the same way as a senior quote: a summary of self-discovery up to that point but a timeless way to be remembered. That being said, The Story So Far have appropriately released their third album as a self-titled one. The album is satisfying for fans that have been anticipating the release, eager for another collection of iconic pop-punk songs. For first time listeners, the album confidently demonstrates all of the band’s strengths which is sure to impress some.

Looking for killer one-liners that will translate seamlessly to an energetic live show? Bingo. This is it. Also, the album’s production does not disappoint. And while the band’s earlier releases never struck me as juvenile, this particular addition seems much more mature in every aspect.

The album starts off by building anticipation with “Smile” but the tension is released seconds later by Parker Cannon’s confronting yet modulated vocals. There are times throughout the album it may seem like Cannon is just yelling, maybe because of an underlying hardcore influence, but he never stays in one tone for too long. “Phantom” brings the album to a standstill which may leave some “feeling indigo.”

This is a band that knows what their fans expect, but they aren’t afraid to play around little. Now that they have put out a self-titled album, I hope they give themselves the freedom to play around even more and break out of the genre box that is pop-punk. The Story So Far are leaders in this genre, and for good reason, as they consistently put out solid albums with this one being no exception. They came out strong, have been relentless and earned their place, but that’s just the story so far…

Buy It, Stream It, or Skip It? If you’re a fan of The Story So Far, buy it. If you aren’t, stream it with an open mind and then buy it.