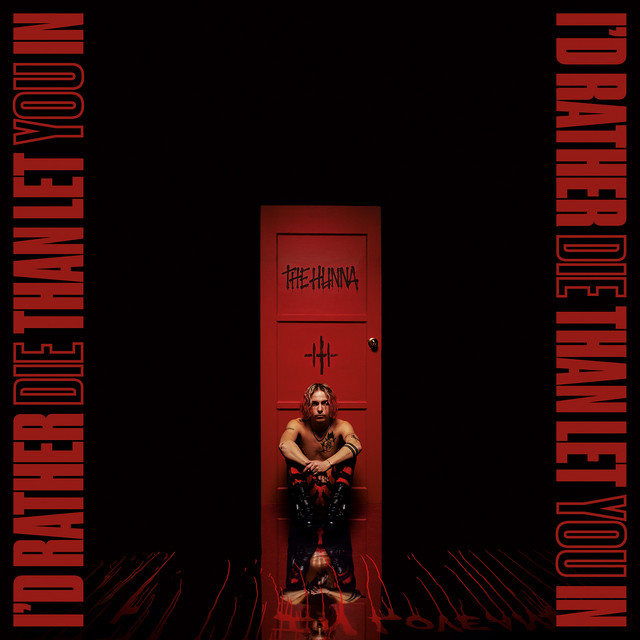 I'd Rather Die Than Let You In

We’ve had a few days to fully immerse ourselves in The Hunna’s new album I’d Rather Die Than Let You In and that time has only enhanced its effect. From the get-go you’ll be sucked into its world so fast it’ll make your head spin (and not just from all the head-banging you’re about to do).

If the title didn’t clue you in, this album is a full-on assault of riffs, heavy drum beats, and catchy synth-fueled hooks. It’s also a promise of change, a resounding battle cry in the face of everything terrible happening in the world. The Hunna have taken all the pain they’ve been feeling lately and turned it into :32 minutes of chaotic yet cathartic energy. Because if you aren’t angry right now, you haven’t been paying attention—and The Hunna are about to open your eyes and your heart.

“Young & Faded” is the anthem for all the kids who’ve felt dismissed, the ones who want to fight back even when the rest of the world tells them they can’t. The track explodes with defiance, lined with choruses meant to be yelled in a crowd (someday soon). The band looks inwards in songs like “One Second Left” and “Lost”, pouring honesty through the lyrics while pushing the limits of their sound, touching on R&B and electronic influences. No, not pushing—they’re smashing every “genre” constraint. You can feel how free each song sounds; it’s raw and utterly gorgeous.

If each song is a punch of adrenaline, “If This is Love” will take your breath away with its quiet grace. Bringing in Phem for a feature, the producers make room for her vocals to soar alongside frontman Ryan Potter’s lyrical storytelling. “If This is Love” gives you chills in the best way. The song builds softly before it becomes overwhelmed with emotion, launching you right back into the album’s groove and getting you ready for round two.

Because the next tracks will hit you with rapid-fire beats ’til the band goes out on a high with the chant-worthy title track—did we mention this album is one helluva ride? With I’d Rather Die Than Let You In, The Hunna have taken control of their future by setting their past problems on fire in each song to create something beautiful.

Buy it, Stream it, Skip it?: Buy it and play this one with the speakers turned all the way up.