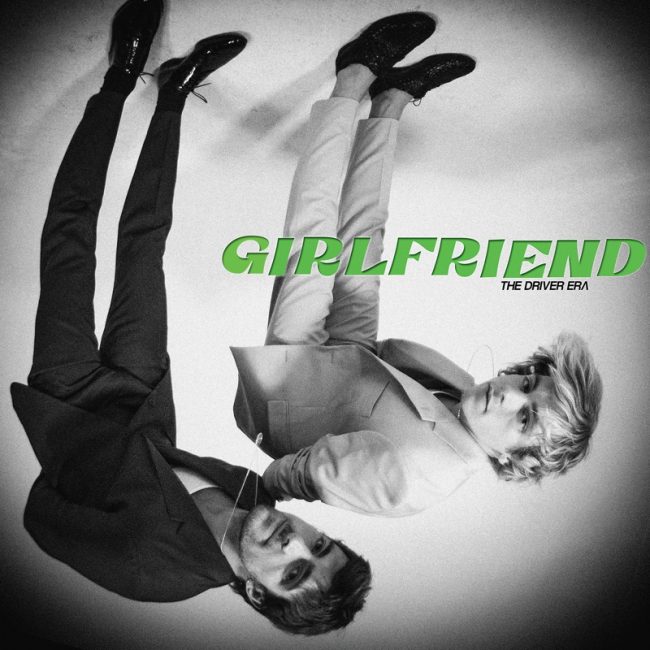 “What’re you waiting for? Take a chance for more.
Because there are roses babe, and then there’s you.”

Let’s get it out of the way now: This record is sneaky.

You think you’re getting a regular R&B-tinged pop record but, oh no, my friend. You’re getting a lot more than that. Though this is only the second album from the Los-Angeles-based duo THE DRIVER ERA, it sounds like the work of a band who has been honing their craft for decades (and, indeed, both Rocky and Ross Lynch have been making music since 2009, previously in pop-rock band R5).

If you’re just looking for what’s on the label — the above-mentioned R&B-tinged pop — you’ll find it here. But THE DRIVER ERA is also great at sneaking in influences from a lot of other genres and they do it so skillfully that nothing seems weird or out of place.

Example: “cray z babe e”, the second track on the record, still fits the overall vibe of the rest of the album but brings in some experimental noise-rock inspired drum loops, reverb-ed vocals, and buzzing distorted guitar mashed together with some classic piano strings.

“When You Need a A Man” has great 80s-style synth callbacks and, while it’s undoubtedly a modern song, it feels like it wouldn’t be out of place getting radio airplay any time from the late 1970s to now. It’s got a classic feel to it, getting even better on the second and third listens.

If you ever wondered what a Cure song would sound like if the entire band was upbeat and not apocalyptically depressed, you want to check out “A Kiss”, a fast-paced banger of a track that has shades of Robert Smith in the vocals while creating its own fresh sound that, again, somehow fits right in with the rest of the record.

For me, though, the standout track on the record is “flashdrive”, a synth-driven low-key three and a half minutes that pairs nicely with artists like Timecop1983 or Young Galaxy. Make no mistake, it doesn’t really sound like either of those bands but, like those artists, it’s a perfect song for a long night drive on an empty highway.

I could talk about standout tracks all day, because there literally wasn’t a song I felt like skipping on this album, but the real power this record has is the ability to weave in a bunch of styles and musical references without making anything seem mismatched. I would guess that a lot of care went into ordering the songs because Girlfriend really flows from one song — and one style — to the next without feeling jarring.

Stream it, Buy it, Skip it?: This is one you’ll want to buy on the platform of your choice. It’s got great replayability and you’ll find something new (and great) every time you listen.