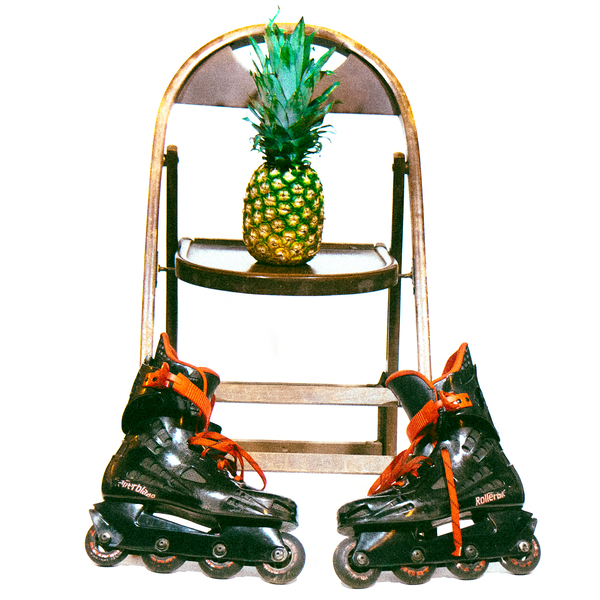 “What we’ve built is broken, and it’s missing pieces.”

Once upon a time, Motion City Soundtrack met Modern Baseball, and Super American happened. Making super American pop punk that’ll have you saying #relatable at every turn, the New York musicians just released an album that’ll remind you of summer 2017 for years to come.

Titled Disposable, these seven songs are anything but. It might remind you of that band you used to listen to, or that one song you played for two months straight, but it’ll still hold its very own place in your heart. First track “Sloppy Jazz” captures the vibe of the collection in one song, and lets you know you’re in for a handful of songs to soundtrack memories with your best friends.

Next time you’re roaming around your suburb contemplating life and love lost and found, this’ll be the album you want to grab. Next time you’re planning a night with your friends at that little place by the bridge that no one ever goes, it’ll be the one you play. From a more upbeat take on a Sorority Noise-style existential crisis with “Feeling Better” to “Missing Pieces” an acoustic led heartbreaker that hides as a love song, you’ll be hit right in the feels every time.

Somewhere in between every other pop punk band in your collection, you’ve heard this sound before. But when it’s this good, does that really matter? Each of the seven tracks will fit into all of your playlists. Pair that with plenty of quotable, and totally tattooable, lyrics, and the only problem you’ll find with the album is that it ends far too soon.

Buy It, Stream It, Skip It: Buy it, because there’ll never be too much pop punk in the world.