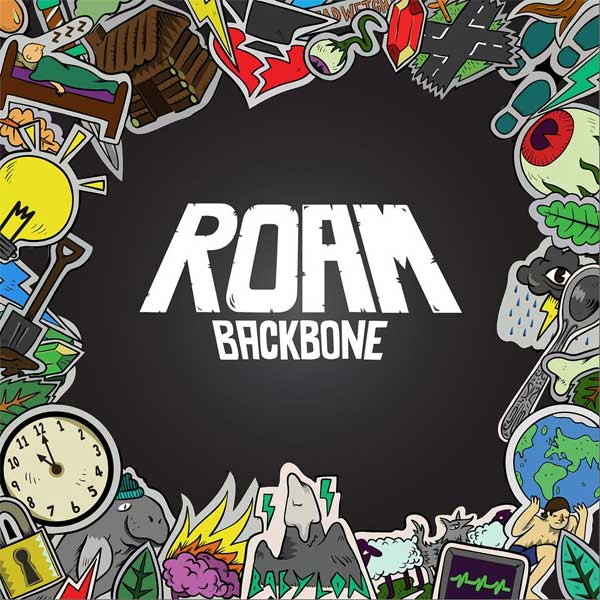 U.K. pop-punk band ROAM have been building up anticipation for over a year after signing to Hopeless Records, releasing an EP, and touring almost non-stop in 2015 with bands such as Handguns, State Champs, and Man Overboard. All that anticipation is warranted with their debut album Backbone; an appropriate name for a collection of confident songs that explore outside of genre boundaries while defining the band’s sound.

The production and instrumentals on Backbone show a method to the madness as the sound throughout keeps the pit-worthy pop-punk vibe alive without sacrificing quality. Songs such as “Cabin Fever” and “RIP In Pieces” (did Michael Scott name this song?) prove that skill allows bands like ROAM to stand out in a genre known to be cluttered. The dual vocals provided by A-team Alex Costello and Alex Adam add an irresistible dynamic throughout but especially on the emo-tinged acoustic “Tracks”.

Each song is packed with energy without rushing to finish, allowing for catchy choruses and satisfying song structure. My personal favorite is the edgy single “Deadweight”, and if it reminds you of Set Your Goals, that might be because Matt Wilson has a guest vocal on the track.

Backbone has caused a splash that will only ripple to allow ROAM to make waves in the music industry in the future.

Buy it, Stream it, or Skip it?: Stream it once if you’re a new listener, but if after one listen you’re a fan make the commitment and buy it. Already a fan? Buy it, you’re about to be impressed.