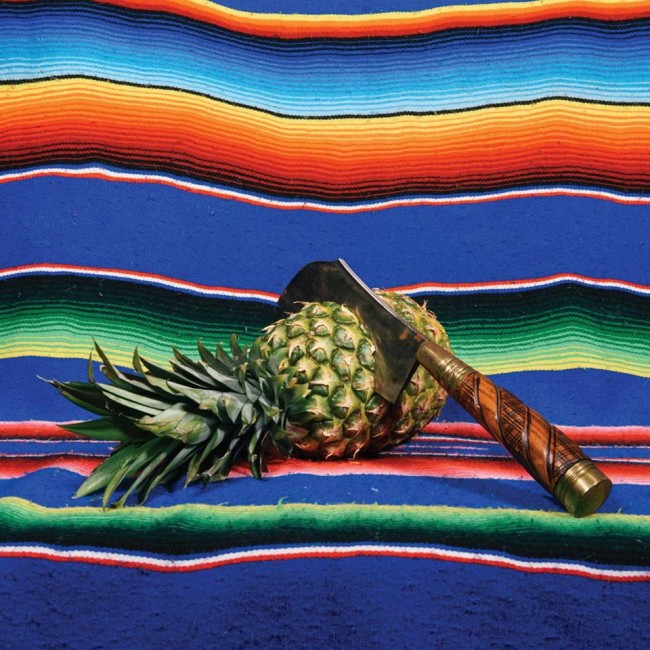 Purple have never been ones to stand in the back. They’ve always been in your face, commanding your attention whether you like it or not. Fortunately, they have good reason to take the spotlight with their sophomore release Bodacious, and the power to keep you interested. They’re the No Doubt your rebellious punk phase really wanted back in the day–they have that badass yet surprisingly tongue-in-cheek charm layered over noisy riffs and skittered drumbeats that propel their punk-infused rock n’ roll to a breakneck pace.

But Bodacious proves Purple aren’t just here to cause a riot–dig a little deeper through the noise, and candid observations like “Money makes people look at you a different way” give depth to the album. Even the almost-ballad “Pretty Mouth” has the biting chorus of “no one wants to hear those dirty words coming out of that pretty mouth”. When crooned softly by vocalist/drummer Hanna Brewer over a bouncy twang of guitars, you’ll smoothly be reminded that even when the band slow things down, their lyrics still pack one hell of a punch.

On this album, Purple have stripped back their sound to get down to the nitty-gritty. The poppier hooks on choruses from their previous work are less prevalent which makes it harder to become immediately addicted, but Purple still haven’t forgotten how to keep your undivided attention with quirky riffs and dual vocals from Brewer and guitarist Taylor Busby that stick in your head. And while you’ll dig how fresh and punchy Bodacious feels, on a few of the tracks the slightly more polished sound of their debut (409) could have worked better. But that’s only a minor issue–tracks like “Be Empty” and “Feel The Low” work super well with this raw style. Plus, kudos to them for testing their boundaries and staying true to the punk DIY ethos, something the band have always represented with flying colors.

Buy it, Stream it, or Skip it?: Stream it for those occasions when you feel like causing a little bit of anarchy.