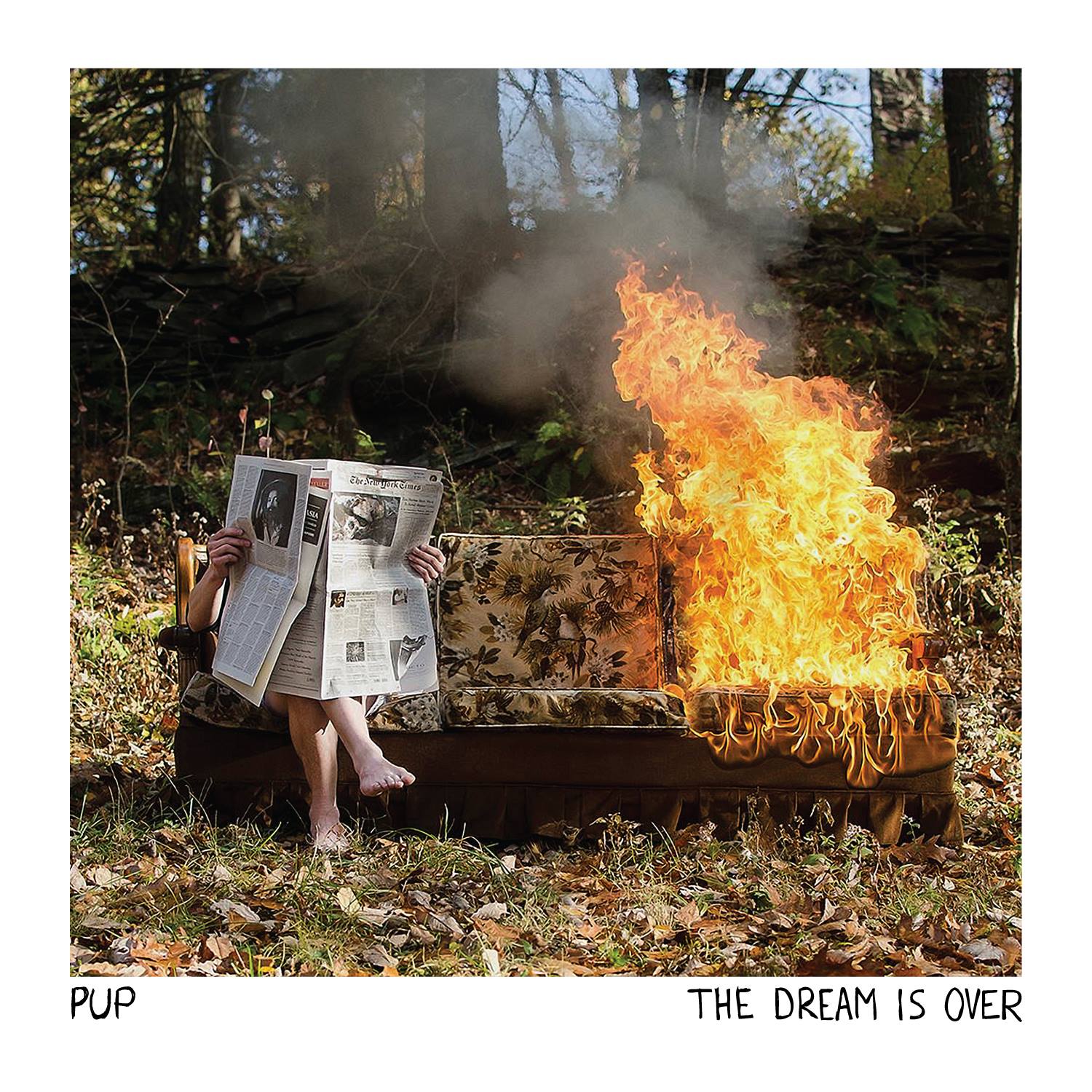 The Dream Is Over

PUP-punk is about to be your new favorite genre; The Dream Is Over is a wake-up call with an alarming sound that can best be described as organized chaos.

The Canadian four piece got a running start with their self-titled record in 2014 but this latest release shows they’ve picked up speed since. The gang vocals on every track give the album an accessibility that begs for scream-along sessions in the car, or a crowded basement. Each track has two layers sharing synergy: the vocals boasting clever, sometimes thoughtful lyrics such as “And I never see my family or my friends anymore I write more apologies than metaphors”, and the instrumentals which might be in the background but are certainly more than just noise. Tracks such as “If This Tour Doesn’t Kill You, I Will” and “Doubts” have moments that allow the bass and guitar to be gutsy without interruption from the ever-propelling drums. While the entire collection is a priceless contribution to punk, “Old Wounds” in particular has that 90s DC scene feel that’s in your face with a haphazard live production style.

PUP has grown in every possible way since their last release to give us this unapologetic album that’ll leave you breathless. The maturity is not only felt in their individual contributions, but also in their (sometimes) sober songwriting. The Dream Is Over is hopefully just the beginning for this band who seem to have confidently tapped into something that can only get better.

Buy It, Skip It, Stream It: Buy It. It’s sure to mix up your current collection in a great way.