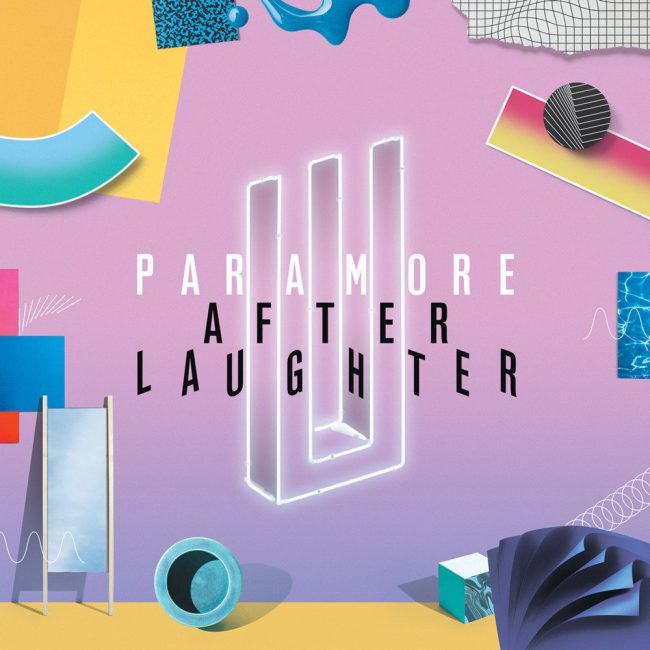 “You say ‘We gotta look on the bright side’ / I say ‘Well, maybe if you wanna go blind’
You say my eyes are getting too dark now / But boy, you ain’t ever seen my mind”

Take off those rose-colored glasses that proclaim 2007 was the best ever and wave goodbye to the past, because 2017 ain’t so bad when you’ve got an album like this. Unless you’ve actually hit rock bottom, you’ll have heard the news: Paramore are back, and they’ve ditched the heavier alt-rock sound for a refreshing take on alternative pop. And that’s the last thing I’m going to say about the past of this band; I could spend more than the allotted word count arguing with you about whether you think After Laughter is a natural progression or whether it sounds like Paramore or not, but that does a disservice to the album.

The truth is, After Laughter is Paramore. Pure and simple. It’s angsty, it’s sad, it’s sublime and brightly-hued, it’s everything they are, and everything they’re feeling, right now. It’s about letting the pain wash over you and embracing it; taking a long, hard look at the good and bad and downright shitty, and turning it into something beautiful. It’s 80s as fuck, unapologetically pop, and more powerful than ever before. It’s got growing pains and deep introspection about the what ifs and what’s nexts of life, in a brutal kind of honesty wrapped up in a happy tone with slightly defeated acceptance running underneath.

Powerhouse pop numbers like standout “Rose-Colored Boy” and “Grudges” will have you dancing your pain away, revelling in the sadness. “Fake Happy” starts off with a hollow, acoustic-led introduction, before the synths kick in and the whole song turns into a smooth 80s pop ballad with a huge, stadium-filling chorus. “I feel so fake happy / And I bet everybody here / Is just as insincere” is just a taste of all the honest and harsh truth on this record. Each observation and confession is delivered in huge, colorful anthems and stripped-bare heart-wrenching ballads, topped off with “No Friend” where mewithoutYou’s Aaron Weiss takes over for a track that would make Pete Wentz’s emo poetry days proud. “Reality will break your heart,” vocalist Hayley Williams croons on “26”, and she’s right—but listening to each track, you can hear the exquisite loveliness in that. Because bubblegum has to pop at some point; you can’t appreciate the best times of your life without going through the worst, you don’t realize who your true friends are ’til you hit Hard Times, you can’t get your heart broken if you’ve never loved.

After Laughter is the album 2017 needs, but not what it deserves. Not yet, anyway. We could all take a note from Paramore’s new album and apply it to the way we see things: the first step to getting better is admitting what’s wrong, the next is to find the beauty in an imperfect world and celebrate it—because that’s what makes life worth living.

Buy it, Stream it, or Skip it: It’s Paramore. Why haven’t you bought it yet?