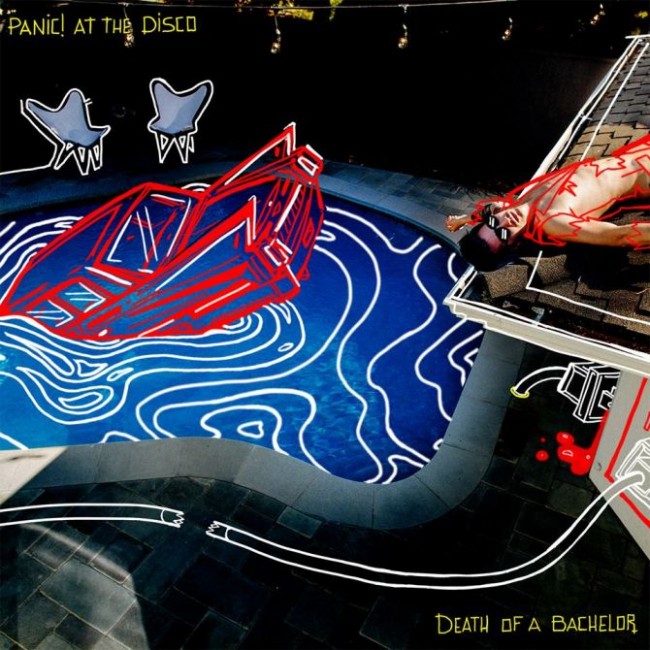 “All the memories that we make will never change.”

The man who swore “to shake it up” is at it again, and in record time. When we received the news that Spencer was leaving due to personal concerns and Dallon would no longer be a creative component of the band it was disheartening to say the least, but Brendon Urie is back to let you know that he’s still up for a celebration.

In Panic!’s fifth studio album, Urie was able to both create a completely new concept to explore, and show off every facet of his flawless vocal range. It is apparent that he stuck with the hip hop influences from TWTLTRTD, but with a slight twist, as he described the music as “if Sinatra and Beyonce made a song together”. As soon as the album begins, you will be treated to high energy guitar flourishes, unbelievable harmonies, and sharp lyrics like “Double bubble disco queen headed to the guillotine” that will have you visualizing every moment of vivid, colorful carousing and faded polaroids on top of records that Urie is telling us about. During “Don’t Threaten Me With A Good Time”, you will feel like you are right in the center of the craziest affair in LA. The verses of this track have piano that is a throw to their work on AFYCSO, while the choruses are introduced with a killer bass line that lets you know that you better be ready for something new and amazing. With ironic phrases like “I’m not as think as you drunk I am”, there’s no way you will be able to resist laughing and singing along.

In the second half of the album, Urie addresses slightly more serious topics in “Golden Days”, while still managing to combine nostalgia and hope. Long, echo-y vocals in this song create a warm atmosphere of looking back while quick guitar riffs propel you into looking forward. While he is looking to the past, Urie uses the music to let you know that the “Death of a Bachelor” is definitely not something he considers to be a bad thing. Finally, in “The Good, The Bad and The Dirty”, Urie takes a look at what is worth fighting for and what you need to move on from. Acapella vocals in the beginning of the track will immediately grab your attention and a pulsing backbeat from drums and horns throughout the track will have your emotions building along with the music. Through lyrics like “There’s only two ways that these things can go” you will also be jostled through the decisions one has to make to get through life.

Overall, the latest concept album, showing what it is to make a big transition in life, by Panic! at the Disco will reveal to you that it is possible to dance through life in different ways and you should make the most of changes that you face, even when the change is partying so hard that you somehow become a winged demon.

Buy it, Stream it, or Skip it?: Buy it, gotta keep your full Panic! discography going!