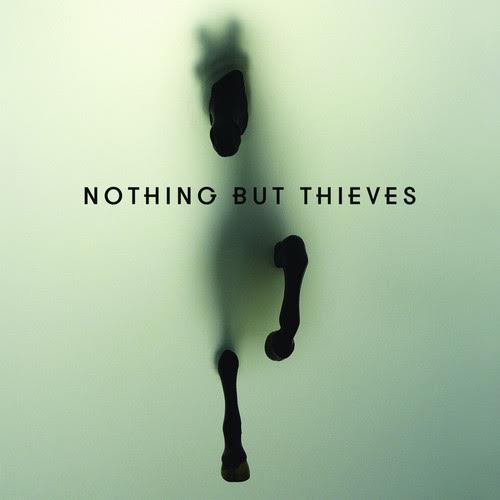 “Sometimes you never get started, No one will give you a wake up call”

Every so often, a band comes along with a familiar lyric or guitar riff that forces you to make a comparison to another band you love. Nothing But Thieves is an example; with their epic, stadium-ready sound, it’s easy to hear how heavily influenced they are by their fellow Brits, Muse.

Don’t be fooled by Connor Mason’s Matthew Bellamy-esque falsetto, though. The band brings their own distinct touch to their music, resulting in a cohesive album where no song sounds out of place. Opening track “Excuse Me” is a perfect intro to the Essex natives, presenting the elements that make up Nothing But Thieves’ unique sound: subtle but effective percussion, smooth bass lines, and thrumming guitars, all seamlessly interwoven and held together by Mason’s impressive vocals, which is sure to put him in the running for one of the best voices in alternative rock. Lead single “Trip Switch” is a highlight with its infectious beat and provocative chorus of “What do we do when the power’s out? What do we do when the lights go down?”; while other standouts include the crooning “Lover, Please Stay”, with Mason’s voice bleeding honesty and need, and the atmospheric “Graveyard Whistling”.

Nothing But Thieves has toured the UK with bands ranging from Twin Atlantic to Young Guns to Gerard Way, even scoring a one-off opening slot for Muse, on the strength of their previous EPs. If their debut is any indication, they should be headlining their own stadium tours within a few years.

In the end: Buy it! Nothing But Thieves are well on their way to becoming one of the strongest acts in alternative rock, and you’ll want to catch them playing small shows before they graduate to arenas.