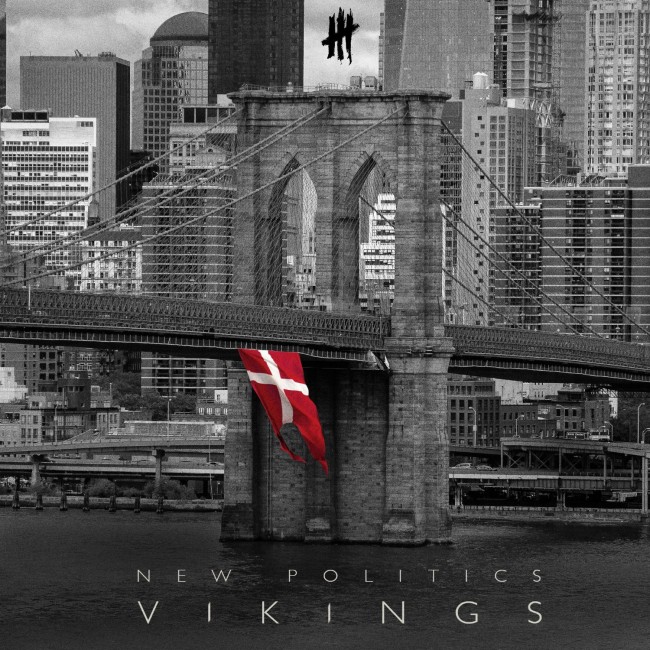 Everyone else go home, ’cause New Politics are “the Kings and Queens and [they] run this city.” Vikings  was our most anticipated release of the summer, which is usually the set-up for a let down. Instead the album has left our minds–and ears–blown, and the only thing we can do is hit repeat for all eternity. There’s everything you need, all wrapped up in one record. You’ve got pop’s addictive pull and punk’s anarchy over dancefloor jams with a sprinkling of indie rock for good measure. How do all these sounds make up New Politics? We’re still trying to figure that out, but boy, do they make it work.

You can hear the influence of DCD2 (Pete Wentz of Fall Out Boy’s label) in tunes like emo-anthem “West End Kids”, which were designed to take over the airwaves and fill stadiums. Even “Stardust”, the sole ballad, is a track destined for sold-out venue singalongs. By the time you reach the closing “Strings Attached”, you’ll find it’s physically impossible not to yell “I got no strings attached” while legitimately dancing like Pinocchio when he turns into a real boy (and if you don’t, maybe you’re actually a puppet and this song is about you). It’s science we can’t explain–just like we’re not even going to try and understand the, not one but, two hidden tracks (for the love of all things weird, stick around for them). We suggest you roll with it. New Politics found their sound on their previous album A Bad Girl In Harlem and now with Vikings they’re parading it around in one huge victory lap, and the world is going to damn well listen.

Buy it, skip it, stream it: Buy it. The Vikings have arrived and brought a better breed of rock and roll to our shores.