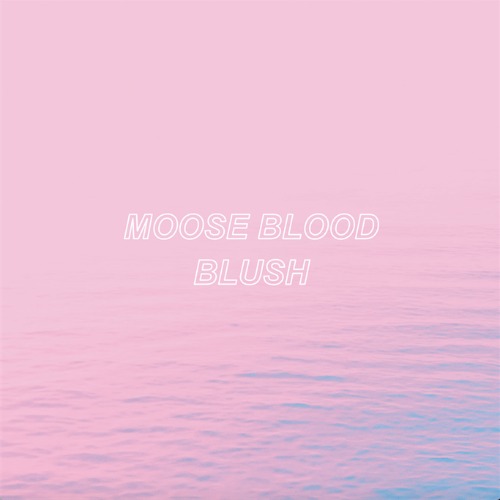 “I guess it’s time to write another one about being drunk.”

It usually takes me a handful of listens to decide that a new release is worthy of a perfect score, but halfway through my second spin of Moose Blood’s sophomore album, Blush, I bumped my rating up from a 9 to a 10. There is literally nothing I would change about this record—it’s cohesive as a whole and yet each song makes an impression on an individual basis.

Over the course of ten tracks, the Canterbury natives have managed to create a flawless follow-up to their addictive debut, I’ll Keep You in Mind, From Time to Time. The first two singles, “Honey” and “Knuckles”, are the ideal transition between albums. With their pop-punk vibe, they solidify the band’s status as Warped-worthy—you can picture the crowd jumping around in the summer sun to their raucous guitars and screaming alongside Eddy Brewerton’s powerful vocals. Slower cuts like “Shimmer” and “Spring” are more emo-tinged, reminiscent of Dashboard Confessional and early Taking Back Sunday, and would be the perfect soundtrack to on a cold winter day. Since Moose Blood is one of the best pop punk/emo hybrid bands out there, they make these wintry ballads work just as well as some of their more energetic sunshine-y offerings, resulting in an album that can be listened to year round.

Blush was one of my most anticipated albums of the year, and Moose Blood did not disappoint. Their instrumentals may be a little more pop-punk now than on their debut, but their candid lyrics make them a part of the scene’s emo revival. So ignore their somewhat gross band name (I can’t count how many times people incredulously repeat “Moose BLOOD?!” whenever I mention them) and get caught up in their head-bopping honesty. I can’t wait for them to make their way across the pond so I can witness these tunes live.

Buy it, Stream it, or Skip it? Buy it. If their second album is this good, imagine how amazing they’ll be as they continue to develop over the years.