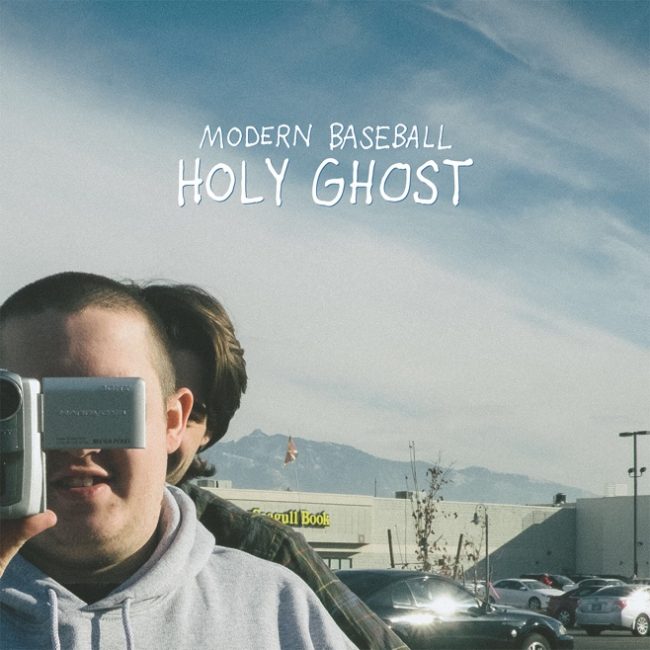 “Did you ever love me? Biopsy from the origin of sound, Confirms you’re speaking truthfully, Concludes everything I thought about.”

With their sophomore full-length You’re Gonna Miss It All, transcending their career way beyond they could’ve ever imagined when they started playing in college, Modern Baseball has evolved even further as a punk powerhouse via Holy Ghost.

The charismatic Philadelphia four-piece’s music has always felt very personal, and “MoBo,” fondly, delivers some of their most substantial tracks yet. The band is able to paint pictures of their past and present by way of quirky rhymes and catchy choruses.

Divided into two parts—the first half having been written by Jacob Ewald and the second by Brendan Lukens—the band captures intimate portions of their lives separately and fastens them together. The quick, 28-minute ride opens with an intentionally raw cellphone-esque recording of acoustic “Holy Ghost.” This then transitions into the very upbeat, The Killers-esque  “Wedding Singer,” whose new Scott Pilgrim-style music video caught the attention of many. Two record cycles later, I remain in complete awe of just how infectious this band’s music continues to be.

Compared to its predecessors, Holy Ghost is a lot heavier sonically and contextually. We’ve got songs like “Everyday,” which lets out subtle negative energy through the lines, “Everyday is all about doing things you don’t want to do, but you’re rewarded: you get to wake up”. “Breathing In Stereo” and “Apple Cider, I Don’t Mind” both speak volumes about longing for something that may never come back.

Against these heavier numbers we have buoyant hits like “Mass” and “Coding These To Lukens” that keep the collection’s pulse steady with their unmistakable choruses, ending intentionally slightly off-key. Somewhere beneath the easy rock n’ roll,  we’ve got the acoustic gem that is “Hiding”. It is definitely special and jumps out at you. Everything about it, from the strings to the buildup, keeps you coming back.

Referencing “How Do I Tell A Girl I Want To Kiss Her?” from one of their older EPs, “Just Another Face” closes out the entire record on a very high note. Though it began with semi-self-deprecating lines, this track showcases one’s ability to rise above such a mindset, through the lyrics, “Still I feel the need to change. / I’ll be with you the whole way / It’ll take time, that’s fact.” This song is Modern Baseball in all their glory; it talks about hope and redemption, and it’ll bring a massive crowd screaming their lungs out in unison.
These are the hooks we wanted.

Buy It, Skip It, Stream It:  BUY IT. You wouldn’t want to miss out on the aggressive sing-along-finger-point combo when you catch them live.